Ramadan and the World Cup – how players will cope 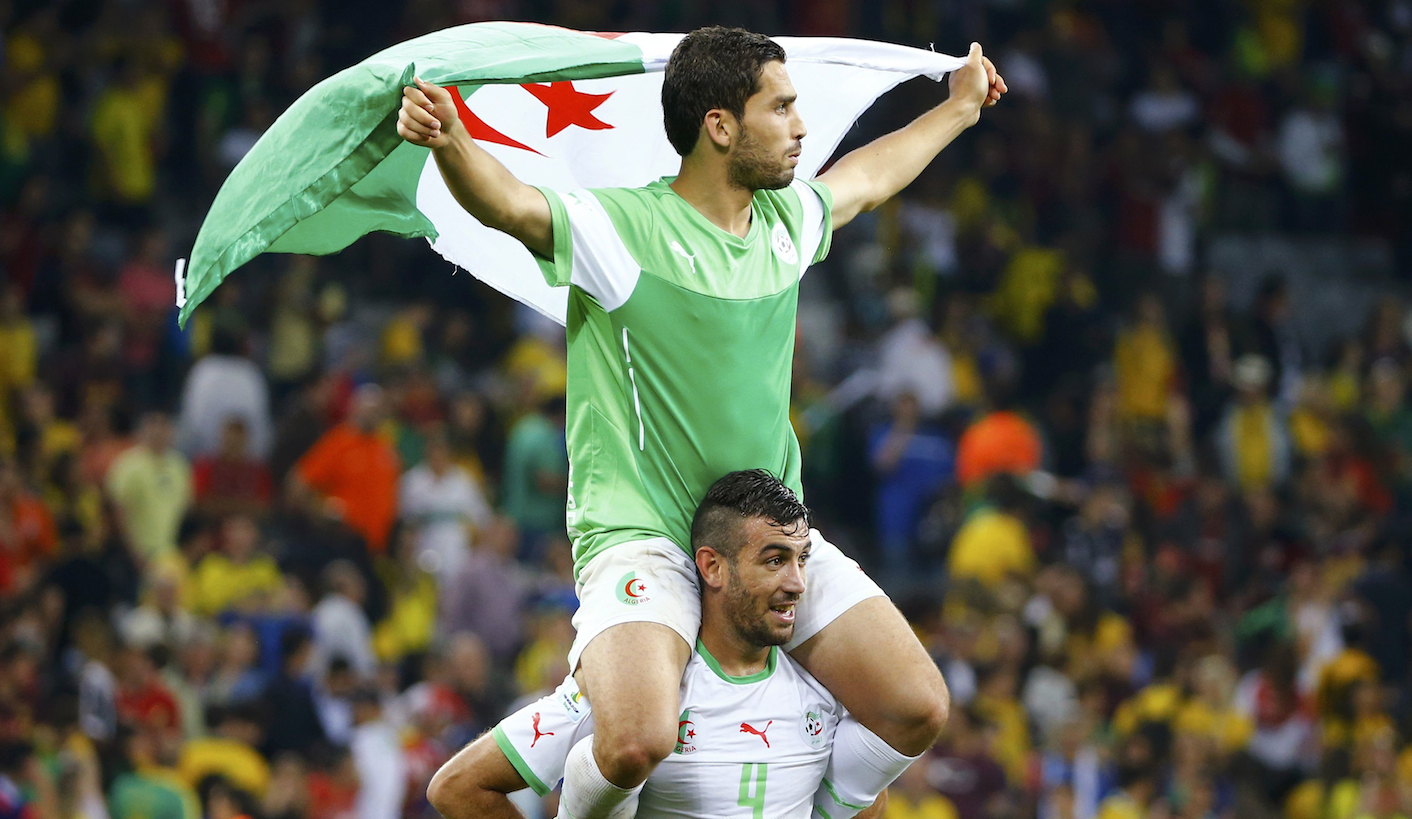 For the first time in almost three decades, Ramadan coincides with the World Cup. Muslim players taking part in sport while fasting is nothing new; still, we know very little about the actual impact of fasting on performances. By ANTOINETTE MULLER.

With the World Cup knockout stages come new challenges. For most, it’s the extra pressure of every game being a must-win and, potentially, the nerves of penalty shootouts. For the Muslim players taking part in the global showpiece, there is also the additional challenge of fasting during the Holy Month of Ramadan.

The month-long observance requires Muslims to forgo all food and liquids from dawn until dusk and while there are some exceptions for the sick and for those who are traveling, the choice remains personal to some extent.

Back in 2008, the Dar al-Ifta, Egypt’s main Islamic body, took a pragmatic approach and allowed professional footballers to forgo the fast if they were contractually obliged to play during Ramadan. Those who felt that their performances could be impacted, did not fast.

During the 2012 Olympics, the United Arab Emirates’ soccer team did not fast. South Africa’s Hashim Amla wasn’t fasting when he became the first ever South African to score 300 in a Test match either.

Most of Algeria’s squad are likely to fast, although the squad said they will discuss it amongst themselves before making a decision. They play Germany on Monday night and many would have begun their fast already meaning their pressures stretch far beyond the normal requirements of simply walking onto a pitch to play ball. Whether they are exempt or not has drawn mixed reaction from religious scholars, too.

“It is not allowed for an Algerian player to avoid fasting just for a game – they must fast because God is with those who fast and young people can fast and play at the same time,” said Mohammed Mekerkab, the head of Algeria’s association of religious scholars.

But Algeria’s government-appointed High Islamic Council has supported those who want to delay their fast saying: “Those playing can abstain from fasting.”

The climate in Brazil has been tough on some players with regular “water breaks” taken in order to make sure that players stay hydrated. Those who are playing often lose up to six litres (11 pints) of fluids during a match.

Algeria’s captain, Majid Bougherra, confirmed that not taking on fluids is one of the most difficult parts of fasting during a major sporting event and that he will be listening to his body in order to decide whether to fast or not.

Algeria will be drawing on the services of Hakim Chalabi, a sports medicine specialist at the Aspetar clinic in Doha and one of FIFA’s leading experts on fasting footballers.

The risk of injury increases dramatically for those who are fasting, especially in joints, muscles and the lower back. These risks are increased because of the lack of hydration and not food.

However, Chalabi believes that players who adjust their diets and fluid intake can cope if they make a few adjustments.

“The players must hydrate themselves better. We also advise them to take a longer siesta during the afternoon to make up for some of the lost sleep.”

“We are often asked to urge players not to fast, but oddly, in some cases, there are athletes that get better results during Ramadan because they are fasting and want to,” he said. “It can be a spiritual and psychological aid.”

Kolo Toure have both spoken about the faith and the impact fasting can have on his performance. He told Liverpool’s website last year: “The first five days are difficult. “After that, the body just starts to” adapt, he added, “and you feel really happy. You clean your body as well, and you feel even stronger after Ramadan.”

Not all experts agree, though. Mark de Marees, director of exercise physiology at the German Sport University in Cologne, told the SID sports news agency that participating in sport during Ramadan is a “major physiological performance penalty”.

“If players take no water or food during the day, they can only take part in low levels of physical stress and in significantly different climates without a serious health and performance penalty,” said De Marees.

Algeria are not the only team with Muslim players, of course. France, Switzerland, Nigeria, Germany and other teams all of Muslim players on their team. France’s Bacary Sagna has opted not to fast.

“As a Muslim I know that there are certain rules that allow us to avoid it,” he said. “Personally I’m not going to do it, everyone’s free to do as they will and I totally respect those that will do it.”

Germany’s Mesut Ozil is also opting out, saying the World Cup is “working” and that he will find it “impossible” to take part this year.

France’s coach Didier Deschamps highlighted the fact that it’s nothing new. It’s the first time since 1986 that the World Cup has coincided with Ramadan, but as pointed out by players, they have done this before in their respective domestic leagues.

“This is a sensitive and delicate topic,” said Deschamps.

“I have no order to give. We respect everyone’s religion. The players are used to it, we are not discovering the situation today. I have no worries.”

During the 2012 London Olympics on Maughan, a professor of sports nutrition at Loughborough University in England, observed the effects on fasting athletes. The study found that fasting had an effect on athletes competing in the events requiring the greatest strain, like the marathon, but that the impact was relatively small over all.

However, football is not exactly comparable, because there are so many variables. While 0.1 percent or even 0.01 percent could be the difference when it comes to winning and losing in athletics, football cannot be compared on this scale. Split second decisions and marginal calls do impact results, sure, but performance-wise, players in team sports can get away with not being “at their peak”.

Fifa even commissioned studies into the effects of fasting prior to the World Cup.

“We made an important study with the doctor of the Algerian Football Federation, and it was very positive,” said Dr. Michel D’Hooghe, the chairman of FIFA’s medical committee and a member of its executive committee. “If you do it intelligently, then you can adapt perfectly. Before the sun comes up, they have enough hydration to go on through the whole day.”

There is absolutely no doubt that those who do opt to fast will struggle during the first few days of a fast. It is what happens when there is any change to somebody’s diet. The decision, though, remains deeply personal and that so many coaches and advisories are open and understanding about the situation is encouraging. DM

Photo: Algeria’s Essaid Belkalem carries teammate Abdelmoumene Djabou on his shoulders as they celebrate the end of their 2014 World Cup Group H soccer match against Russia at the Baixada arena in Curitiba June 26, 2014. Algeria made it into the last 16 of the World Cup for the first time with a 1-1 draw against Russia. (REUTERS/Murad Sezer)