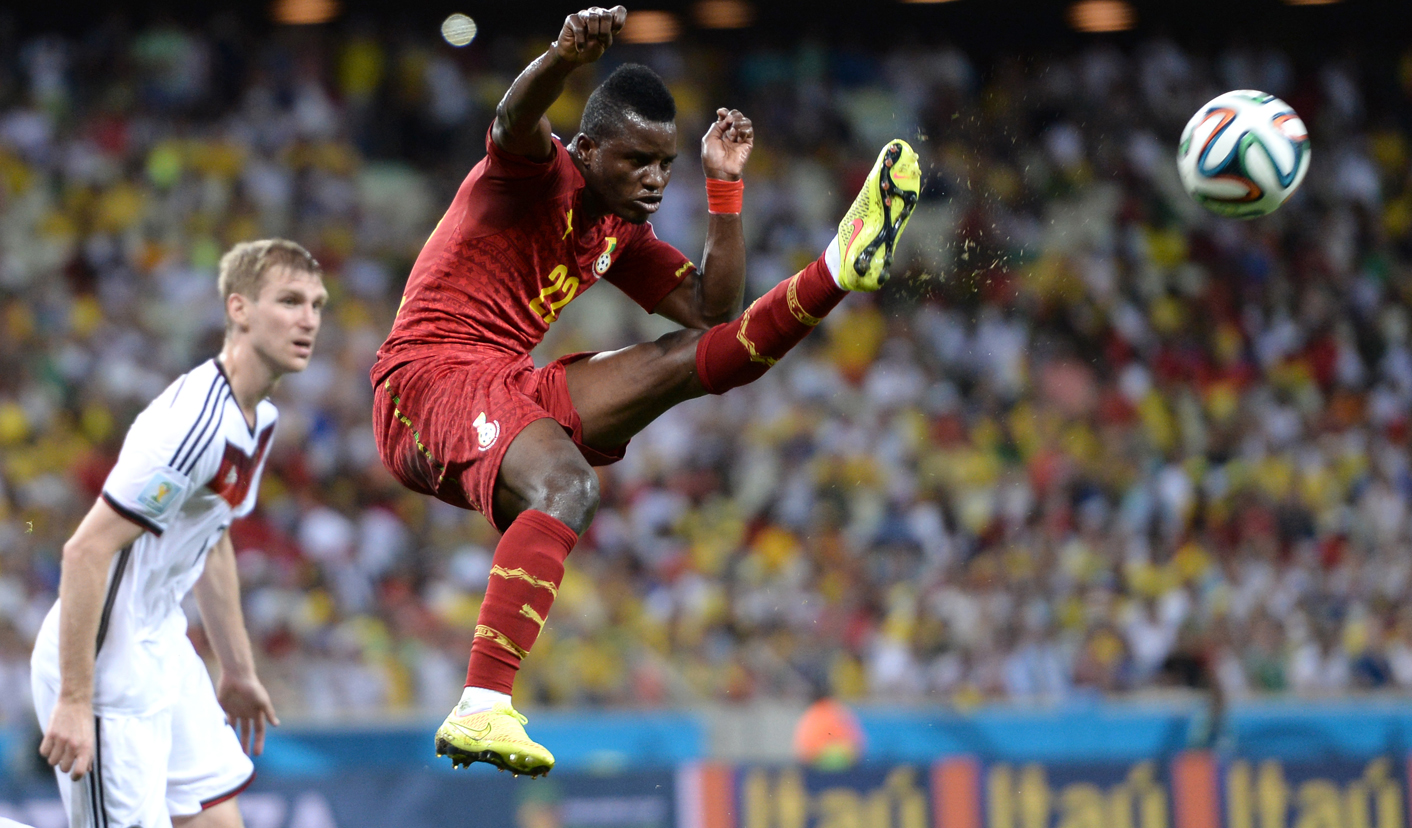 Ghana and Germany put up a second half worthy of a blockbuster title when they drew 2-2 on Saturday night. The Black Stars were much improved, but still some schoolboy errors lingered and Ghana will be kicking themselves for not taking a full three points from the game. By ANTOINETTE MULLER.

They wanted their names in the headlines, and they’ve got just that. Ghana and Germany put on one of the most entertaining matches of the World Cup to date in a thrilling 2-2 draw. While the first half’s action focused on the soapie of the brothers Boateng, the second half’s action never stopped.

Ghana will be kicking themselves for losing to the USA and for not taking the chances they had in this match. It was a treat for all who tuned in and was a far more energetic, composed and determined effort from the Black Stars.

Kevin Prince-Boateng had previously questioned Germany’s leadership under pressure. This performance was not enough to justify his ability to poke the sleeping bear, but it certainly showed that his comment was not just a throwaway jab designed to irk the country of his birth.

Never Ghana give you up – qualification is still possible

But this is the Group of Death, and football is never simple. All things considered, the most important thing is that Ghana will have to beat Portugal in the final Group G clash later this week. How the rest of the results combine to aid the Black Stars makes things somewhat tricky.

If the USA beat Portugal, the USA will advance, no matter what. The States will be on six points while Germany have four, Ghana one and Portugal a big fat zero. Ghana then needs to hope the USA beats Germany and the Black Stars will need to beat Portugal thoroughly to advance on goal difference.

If the USA and Portugal draw, Ghana will still have to beat Portugal in the final match. USA will be level on four points with Germany, Portugal will have one and Ghana will have one. The final round of group matches then makes things quite interesting. But the possibilities are enough to make your head spin.

Never Ghana let you down

Ghana’s final ball was still appalling. They had a chance to be 3-1 up against Germany and, once again, the individualistic pursuit of grabbing the headlines got in the way of the goal of the team. In the 66th minute, Jordan Ayew had the perfect chance to help further engineer the possibility of an upset. He cut down the left flank and with Asamoah Gyan in space, he went for the selfish option of shooting instead of squaring the ball. Of course it was wide. Of course this came back to bite the team. The performance was still far more united than their opener against USA, but an exit from the group stages will only be their own fault. For all their vigour and fight, decision-making in the final third was severely lacking. It’s not that this team is short of talent; they’ve shown that much. They are just bad at putting that talent to good use. Kwesi Appiah rued his team’s missed chances at the post-match press conference, but nothing will be more criminal than that offside in injury time. With three on two and on a brilliant counter, Mubarek Wakaso was wastefully caught offside. He is just 23 years old and while many have put down those schoolboy errors to Ghana’s youthful squad (they are the youngest on average at the tournament), Wakaso should have known better.

Never Ghana run around and desert you

Just a few hours after Iran treated everyone to a masterclass in how to frustrate the opposition against Argentina, Ghana and Germany treated everyone to a masterclass in attacking football. It was a Molotov cocktail of some dodgy defending, some great defending, persistent attack and ferocious counter-attacking. And it was smart, too. Ghana never pressed entirely forward because they expected the German counter. The Black Stars were fearless in their tackling, even if sometimes they were a little reckless. Kwadwo Asamoah’s last-ditch tackle on Thomas Muller in the 83rd minute was particularly delightful. With the heavy heat and never-ending runs, the teams were visibly exhausted by the end of the match. Tired legs refused to keep going as the final whistle loomed, but those who were watching would not have wanted it to end. It was a rollercoaster of a second half and another feather in the cap of a World Cup that just keeps on giving.

Klose gets his cigar

Miroslav Klose drew level with Ronaldo as the all-time top scorer at World Cups when he scored with his first touch against Ghana. He has single-handedly scored more goals in the last four World Cups than the entire England team combined. He was been a stalwart of the German team for years and while he’s hardly forgotten now, he does deserve to be talked about a little bit more. One more goal will make him the all-time top scorer at World Cups. When legends are spoken of, he certainly deserves to be in the same breath.

Asamoah Gyan also equalled a record on Saturday night, for the most goals scored by an African at World Cup finals. The 28-year-old is level with Roger Milla’s five goals after his 63rd minute strike. After the Czech Republic in 2006 and another three in 2010, Milla has held the record since 1994. Fans will almost, almost be able to forgive him for that penalty miss back in 2010. DM

Photo: Mubarak Wakaso of Ghana in action during the FIFA World Cup 2014 group G preliminary round match between Germany and Ghana at the Estadio Castelao in Fortaleza, Brazil, 21 June 2014.