Analysis: The economics of carbon emissions 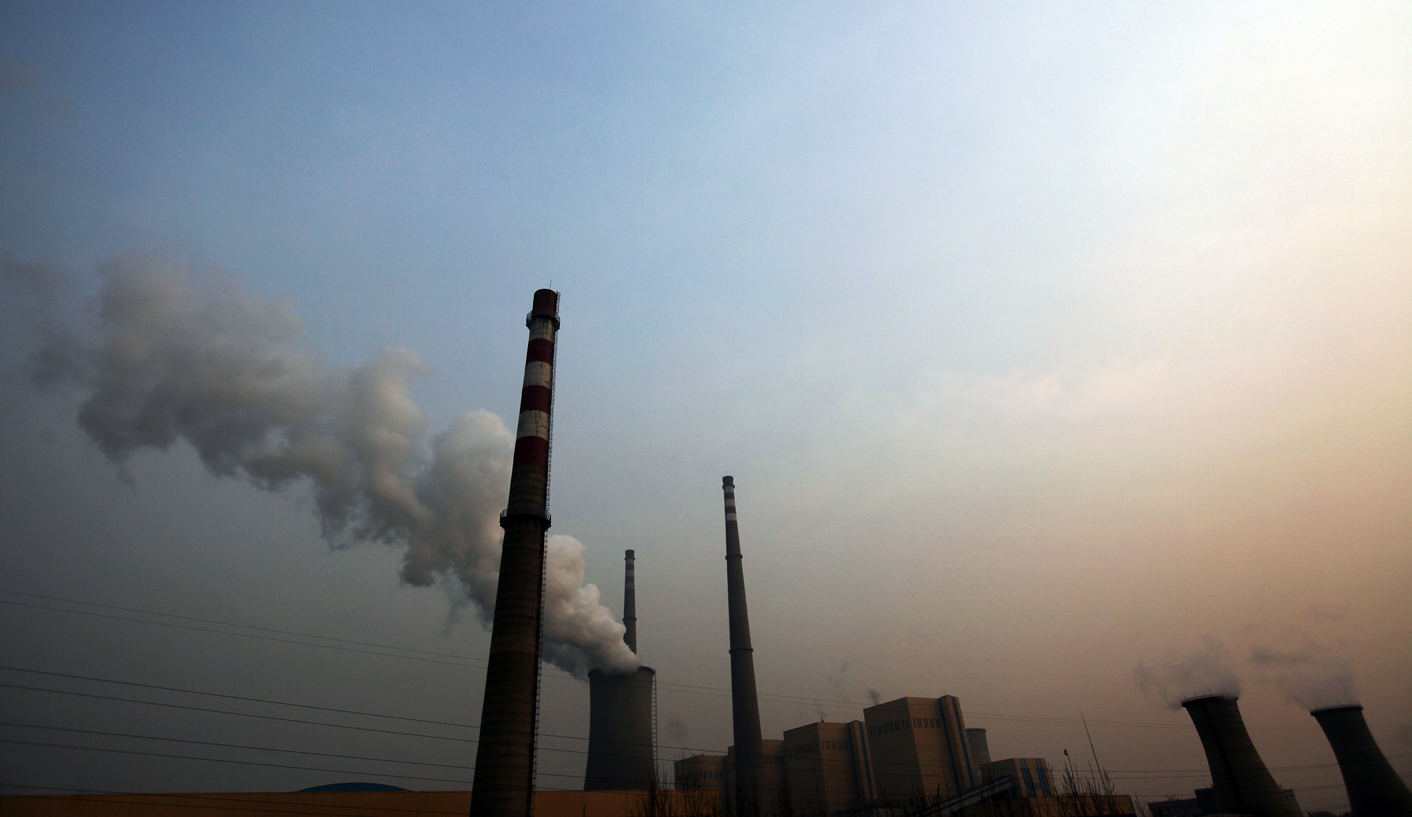 Leaders the world over are moving to ensure their countries are reducing their carbon emissions, and the latest change along these lines has come from US president Barack Obama. South Africa, like it or not, has a seat on the bus of the global economy and this bus is heading slowly but surely in the direction of taxing or pricing carbon-dioxide emissions. And no, we can’t get off. By DIRK DE VOS.

In a long-anticipated move, President Obama announced a new proposed rule that will look to reduce the carbon dioxide emissions of the United States by 30% from 2005 levels. Under this proposed rule, states will have until June 2016 to make their own rules on how to reduce their average emissions per megawatt-hour of electricity on pain of having an Environmental Protection Agency plan imposed upon them.

Significantly, there is a lot of flexibility in how the objectives can be achieved, including emissions offsets. Essentially, the USA will be introducing something along the lines of a carbon ‘cap and trade’ system equivalent to that which has been running in Europe for some time now (with patchy results).

Obviously, this will be a hugely contested move, with critics talking about the huge costs, reduced growth and competitiveness of the US economy. America is home to a strong lobby that denies the link between man-made carbon dioxide emissions and climate change. But there is another, more valid criticism. It does not help to reduce one country’s carbon intensity by exporting the carbon emissions to another country. The US has already reduced its carbon intensity by 15% without any of these rules, mostly by substituting coal fired power stations with gas, which has been both cheap and abundant. Reduced growth since the 2008 financial crisis has also helped. However, while it is hard to quantify these things accurately, credible research shows that as much 22% of the reduction was achieved by off-shoring. On the other hand, between 23% and 33% of China’s carbon dioxide emissions resulted from producing goods that were exported. Further, US coal not burnt there has increasingly been exported, including to Germany, which despite strict rules, has actually increased carbon-dioxide emissions over the same period (a result of shuttering its nuclear power stations after the Fukushima accident in Japan).

The Obama administration’s move on carbon-dioxide is likely to have far-reaching consequences, including for us here in South Africa. The first global instrument directed at reducing greenhouse emissions was the Kyoto Protocol, signed in 1997, but the US never signed it. There were many reasons for this, including scepticism about the threat that global warming posed and an unwillingness to submit to international treaties that have a domestic impact, but also because the US feared losing competitiveness to emerging Asian economies that were allowed more latitude in greenhouse gas emissions than the advanced industrialised nations. In the end, it was only the Europeans and Japan that committed to the treaty. With so much of the world’s economy not subject to greenhouse gas reductions, whether by excluding themselves (the US) or by the latitude allowed (the developing world), the original Kyoto Protocol never really achieved its objectives and the carbon trading schemes developed under them could only limp on, as they do to this day, at best.

In the period since the Kyoto Protocol, China’s economy has grown by a staggering six times its 1997 size. One result is that the majority of Chinese citizens are also six times richer than they were just 20 years ago. The environmental cost to China in this stupendous achievement has been huge. Many Chinese cities are now choked by pollution and the environment is taking its toll on the health of the Chinese population. It is the middle class that demand and often get a cleaner and healthy environment. So, while Chinese carbon dioxide emissions continue to grow, the Chinese are spending more than any other country on trying to reduce the environmental damage. More solar energy was deployed in China last year than the rest of the world combined. Chinese restrictions on vehicle emissions are now the toughest anywhere in the world. While these efforts may not be directed at carbon dioxide emissions as such and rather at air pollution, their effect will impact on carbon-dioxide emissions due to the close association of carbon-dioxide emissions and other pollution. It would also be fair to say that China has biggest stake in what has come to be known as the green economy. The wind turbines and solar PV panels now dotting our country are, more likely than not, to have come from China.

So, what we now have is a convergence of most of the world’s leading economies backing some form of carbon dioxide reduction policies and with more countries coming on board. There will likely be efforts to bring the laggard countries in so that greenhouse emissions (or economic advantage) are not merely exported. While the USA might not make a commitment to the Kyoto process (all treaties must be approved by Congress), following President Obama’s announcement this week, it is de facto part of the process. Importantly, China’s interests in these discussions are not what they once were even just a decade ago.

Here, South Africa has a distinct problem. Using the measure of carbon dioxide versus GDP, we are the most carbon intensive economy in the world and therefore South Africa will begin to feel the pressure from its trading partners. The parties to the Kyoto Protocol, to which South Africa is a signatory, have set themselves the target of agreeing to the form and content of an international legal regime by 2015 (the Twenty-First Conference of that Parties or COP 21) to deal with the global response to climate change from 2020. South Africa has committed to reduce its greenhouse gas emissions by as much as 34% by 2020 and 42% by 2025.What is emerging from these on-going discussions is that developing countries need to make a greater contribution to this global response.

The proposal for a carbon tax for South Africa has been circulated in several public participation processes that kicked off in 2010 already and a Carbon Tax Policy Paper finally emerged in 2013. But the then-Minister of Finance, Pravin Gordhan, then stated in his 2014 budget speech that its implementation would be postponed from the original date of January 2015 to 2016. The mechanism for measuring carbon dioxide emissions is already in place with the National Environmental Management: Air Quality Act (“NEMAQA”). Once the Department of Environmental Affairs declares greenhouse gases as a priority pollutant, a process is put in place whereby an obligation is imposed upon emitters above a certain size to measure, evaluate and report on their emissions of the priority pollutant. This then will link to the carbon tax. In this, South Africa is but one country amongst many others doing the same thing.

The potential impact on our economy could be dramatic. More so as the South African economy is in a very poor state with growth projections near or at stalling speed. Moreover, Eskom, our biggest emitter by far, can do very little about its emissions. It is a function of its fleet of coal-fired power stations and that of those yet to be completed. Other big emitters are our largest company, Sasol, and others like Arcelor Mittal.

One is left to wonder why the alternative mechanism of a cap and trade system was not selected. While a carbon tax imposes a tax on each unit of greenhouse gas emissions, giving firms an incentive to reduce pollution when doing so would cost less than paying the tax, whereas a cap-and-trade system sets a maximum level of pollution, the cap, and distributes emissions permits among firms that produce emissions. Some firms find it easier or cheaper to reduce pollution than others and the reduction results in a carbon credit which can then be sold to firms that find it more difficult to reduce their emissions. In this way, the market operates to find the cheapest and easiest way to reduce emissions. It also allows for a fluctuation in prices – carbon credits become more expensive when demand is high and the economy is growing and are cheaper during a recession. There are other advantages to a cap and trade system – carbon credits can be traded with other countries such as South Africa’s neighbours whose economies do not have the same carbon intensity as ours.

Perhaps the selection of a carbon tax reflects our government’s inherent suspicion about using market based regulatory mechanisms. Maybe it is about the simple point of tax collection at the top of the value chain. Instead, we are likely to have a very limited carbon offset programme that may reduce the total tax charge.

None of this deals with the wider debate on climate change or that the South African economy will be hit harder than other countries following the introduction of the carbon tax if imposed at the rate of R120 per ton of carbon-dioxide.

Those debates will rage on (pointlessly in my view) but while they do, we should know that, whether we like it or not, we have a seat on the bus of the global economy and this bus is heading slowly but surely in the direction of taxing or pricing carbon-dioxide emissions. And no, we can’t get off. If we want to be part of the global economy and play a role in the world, we, like every other country, will have to meet our commitments to reduce our carbon dioxide emissions. DM