Peacekeeping in South Sudan: Is this the end for China’s non-intervention policy? 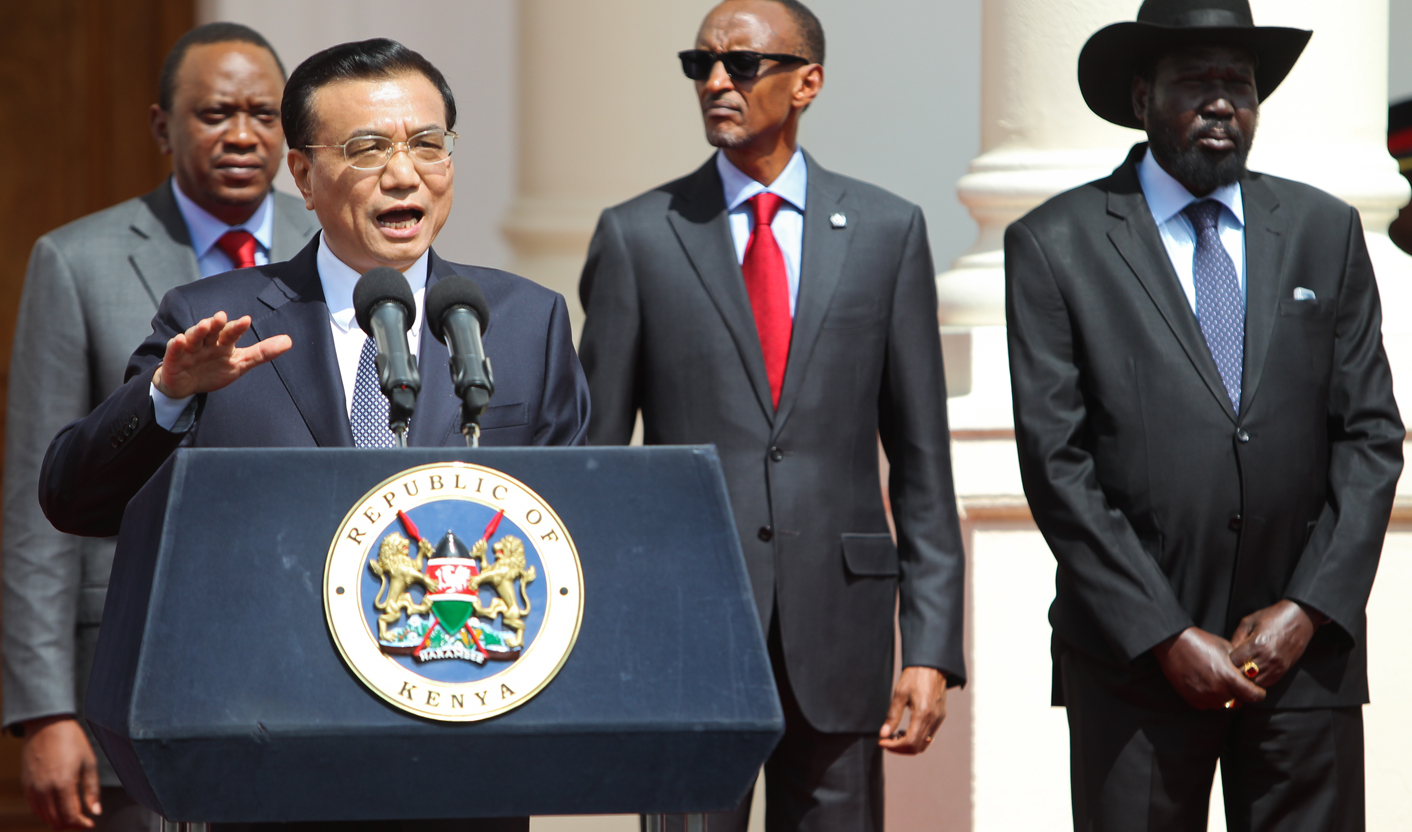 As it has increased its footprint on the African continent, China has adhered strictly to its policy of not interfering in the internal politics of another state (publicly at least). It’s a popular conceit, especially among certain African leaders with a skeleton or two in their closet, but it was always going to be difficult to maintain. The recent fighting in South Sudan, where China has extensive interests, has been testing the policy to breaking point. It just broke. By SIMON ALLISON.

From New York, far away from the increasingly muddy battlefields of South Sudan, comes news that might alter the shape of the conflict there between President Salva Kiir’s army and the militias aligned with his former deputy, Riek Machar. The United Nations’ chief of peacekeeping, Herve Ladsous, has confirmed that China – in a sudden break from previously observed protocol – will be deploying a battalion of soldiers to assist the UN peacekeeping mission in South Sudan. That’s around 850 Chinese soldiers: armed and ready for action on African soil.

There should be nothing particularly unusual about this. Nations from all over the world contribute troops to African peacekeeping missions. But China doesn’t. Not in these numbers, and especially not with a mandate to use force, even if it’s just to protect civilians. In fact, China doesn’t interfere at all, at least not officially.

The principle of non-intervention has guided Chinese foreign policy in the developing world for more than a decade.

“No country has the right to impose its will on others, nor can it undermine or deny other countries’ sovereignty under whatever excuse,” explained then-Premier Wen Jiabao in a 2004 speech. “Facts have proven that such practices as disregarding other’s sovereignty, bullying the small and the weak by dint of one’s size and power, and pursuing hegemony and power politics would not get any-where. The a?airs of a country should be decided by its own people, and the a?airs of the world should be handled by consultation among all countries on an equal footing.”

The ideology was underpinned, as it always is, by a certain pragmatism. As China has expanded into Africa over the last decade or two, it has used its strict adherence to non-intervention and non-interference to justify its dealings with some of Africa’s worst regimes, and to relieve itself of any responsibility to use its influence to effect positive change.

In some ways, this was refreshing: China did not mask its commercial interests in the guise of ‘helping the poor’ or ‘saving Africa’, tropes beloved of other major powers looking for a slice of the African pie. And African leaders certainly welcomed the investments and aid money that came without the hand-wringing and guilt trips.

“The policy was embraced by many African nations as it came to represent, particularly from the early 1990s onward, an alternative to the American conception of a new kind of world order — one in which smaller and “third-world” countries, found it increasingly difficult to manage their own political and economic affairs.  Non-interference was viewed as a refreshing departure from the prescriptive policy of the West which forced African governments into the straitjacket of the so-called “Washington consensus” with its structural adjustment policies designed to mold Africa in the image of the West,” wrote Alula A. Iyasu for African Arguments.

But as China’s investment in Africa grew – foreign direct investment in Africa was $15 billion in 2012, and bilateral trade last year hit an extraordinary $210 billion – China’s non-intervention policy has become harder and harder to maintain. For one thing, China in general has become more conscious of its image, and thus more weary of being seen to support or facilitate pariah states. For another, it has those investments to protect. Peace and security in Africa is suddenly in China’s interests too.

On several occasions, Chinese citizens working in Africa have been targeted in attacks – most recently, Nigerian Islamist group Boko Haram were accused of abducting 10 Chinese workers from a construction site in Cameroon. Increasingly, China and Chinese are seen as legitimate targets for disgruntled rebel groups, and the Chinese government has struggled with criticism at home that it is failing to protect Chinese citizens in Africa.

All this has forced a reluctant China to reconsider the whole non-intervention thing. This hasn’t happened overnight, but has been evident over the past few years in China’s increased contributions of non-combat personnel to UN peacekeeping operations, particularly in Mali; and in its unusual role as mediator between Sudan and South Sudan.

The new commitment of a full battalion of combat troops to South Sudan is the clearest sign yet that China is now operating differently in Africa. This is a major contribution, and a tacit recognition from China that some kind of intervention is needed.

It should come as no surprise that it should be South Sudan that forces China to rethink its foreign policy. China controls most of South Sudan’s lucrative oil fields, and has invested billions of dollars into the infrastructure necessary for export to China’s oil-thirsty domestic market. However, since South Sudan seceded from Sudan proper in 2011, return on this investment has been poor: political squabbling has halted the flow of oil for much of this time. The new fighting, which is threatening to turn into a civil war, will make it even harder to get the oil out, especially as the potentially lucrative oil fields are prize targets for both sides.

For now, China’s involvement in peacekeeping in South Sudan is still a relatively minor commitment, unlikely to greatly alter the course of the conflict one way or the other. That China is involved at all is a surprise, however, and it might just signal the beginning of a far more active role for China in Africa’s peace and security issues. DM