JP Duminy: From strength to strength

JP Duminy: From strength to strength 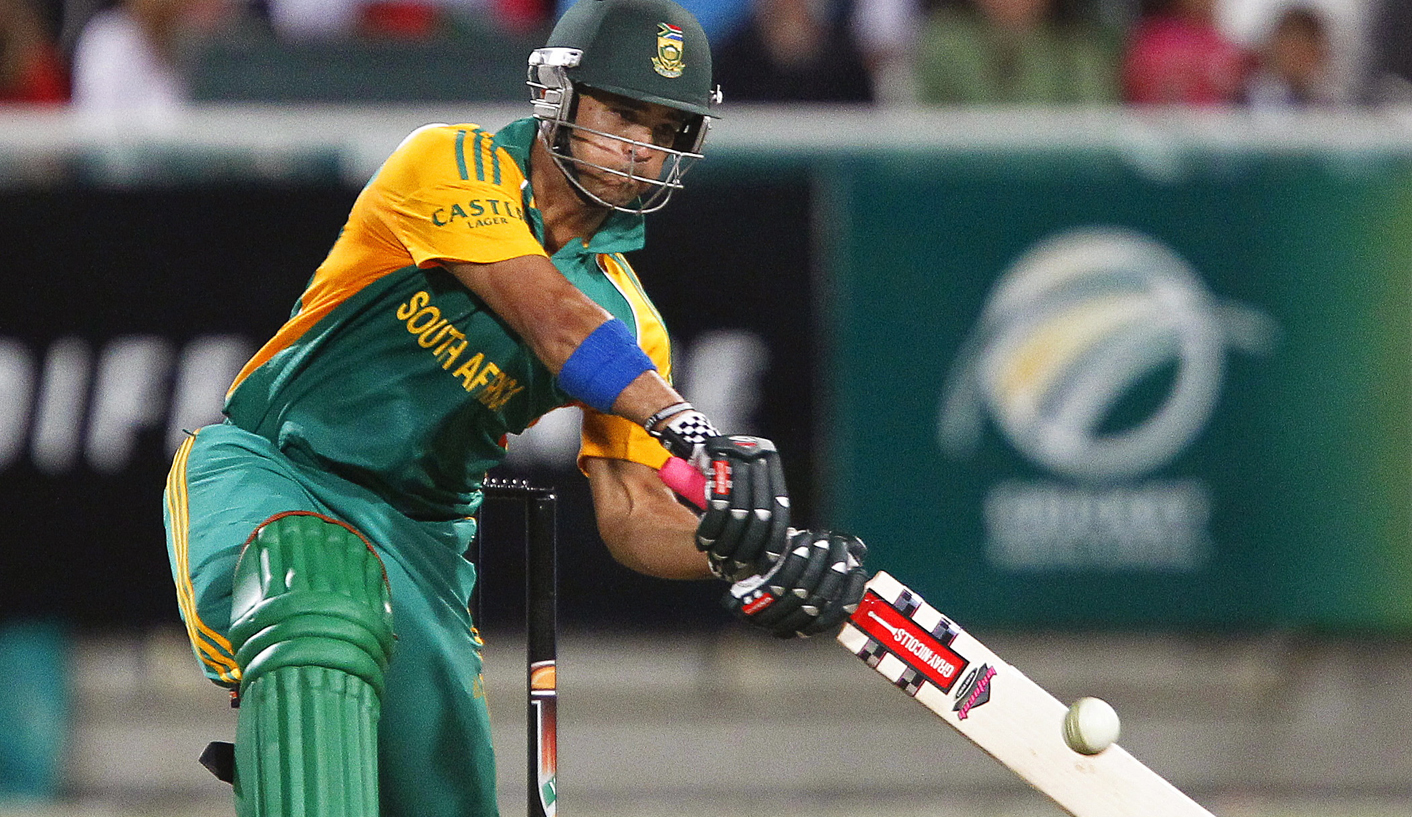 JP Duminy is the kind of player who has always flourished when his back is against the wall. Currently on duty in the IPL, he has been one of Delhi’s standout players in their flailing campaign. As South African cricket prepares for a new era, his worth cannot be underestimated. By ANTOINETTE MULLER.

The cricket off season throws up many challenges, but with the way modern cricket has evolved, it has offered much opportunity. One of those opportunities comes in the form of the Indian Premier League. Not only does it give cricket players the chance to boost their earnings, but they also get a chance to stay in form and stake a claim for their place in national teams.

JP Duminy is one of the South African IPL aces who have stood out. His team, the Delhi Daredevils, have had a woeful run in the competition, but Duminy’s individual performances have been exceptional. He has accumulated 284 runs at an average of 71.00. It has been a renaissance of the Duminy who returned from injury last year. Duminy has had great success in the shorter formats of the game in the last 12 months with solid efforts against Sri Lanka, Pakistan and India. But he plays in a team that is so loaded with talent it might sometimes feel as if though he is in the background a little bit. With players like Hashim Amla and AB de Villiers all forming part of the Proteas’ batting line-up, Duminy’s efforts sometimes take a backseat to that of the top order batsmen.

In an interview with NDTV, Duminy revealed that he’s just content to play for the team and not for his individual effots.

“I do not think I have been overshadowed. Everyone has a role to play in the set-up. In batting up the order, one gets an opportunity to score big runs,” he said.

“Lower order batters like me do not get as much time to put in the big performances. I perform my role to the best of my ability and am not trying to compete with anyone in my team. That is not who I am, that is not who I stand for. I am there to give the best that I can for my team. If they score more runs than me and I make just the number of runs needed to win, I am more than happy,” he added.

South African cricket finds itself at a challenging juncture. With Graeme Smith and Jacques Kallis both having retired from Tests, not only does the team need to find a new leader, it also needs to maintain the legacy built under Smith. As a leader, Smith’s achievements on the fielder are unparalleled, but he also worked towards creating a unified team during a challenging time. Much of that has been achieved, but there is still a long way to go. With continued pressures from government to push for cricket to be more representative of the South African population, the new South African captain faces not only the challenge of leading the team back to being number one in the world, but also outside pressures.

Duminy admits it will be a big challenge to replace Smith and hailed the former captain’s influence on the team.

“It is definitely a huge boot to fill. He was one the best captains in the world during his time. He was a great leader, great motivator for the team. It will be a huge gap to fill but every leader has his own unique qualities,” said Duminy.

De Villiers and Faf du Plessis are front runners for the job. Both have captaincy experience and Duminy believes that both players bring something different to the team. It’s finding a way to make the most of those attributes that sets the great leaders apart from the good.

South Africa will not have another Test captain like Smith for many years. Not only was he a behemoth on the field and in physique, his mere presence stood out form all the rest. Duminy believes that the new captain will have to adapt as he goes along.

“The way Graeme captained, he was obviously a big man in stature so there was always an aura about him when he was in the room. Maybe that is something few of us possess but we all have something unique. You learn as you progress. There are things that you pick up. Even as a leader, you have to learn each and every day,” he said.

New leaders and a new identity is key for South Africa to progress forward. With Kallis’ retirement, the side is yet to find the right combination while the search for a frontline spinner remains a challenge, too.

Duminy has been known for turning his arm over recently and while he’s unlikely to be a first choice spinner on sub-continental tracks, he does think it’s something that has helped him to grow as a cricketer over the last few years.

“Offspin is something I’ve worked on continuously. There is a lot of emphasis on being multi-dimensional today. I’ve been putting in more hours because you need to reinvent your game, because it doesn’t wait for anyone,” he explained to Wisden India.

“Bowling a lot more has allowed me to understand my game better. It gives me a bit of a release when I know you can contribute to a team’s cause even if you have a bad day with the bat, by taking wickets.”

South Africa’s next international assignment is a tour to Sri Lanka for three ODIs and two Tests. By then, they will have a new captain and a handful of new faces in the squad as they begin their quest for forging a new identity and their return to the summit of the Test rankings. Duminy’s part in that quest will be invaluable. As a player who has always thrived when his back is against the wall, one who has continued to evolve his game and somebody who has played professional cricket for over a decade, his experience will be crucial in helping the youngsters ease into the team. DM