A small step for cricket, a giant leap for womankind 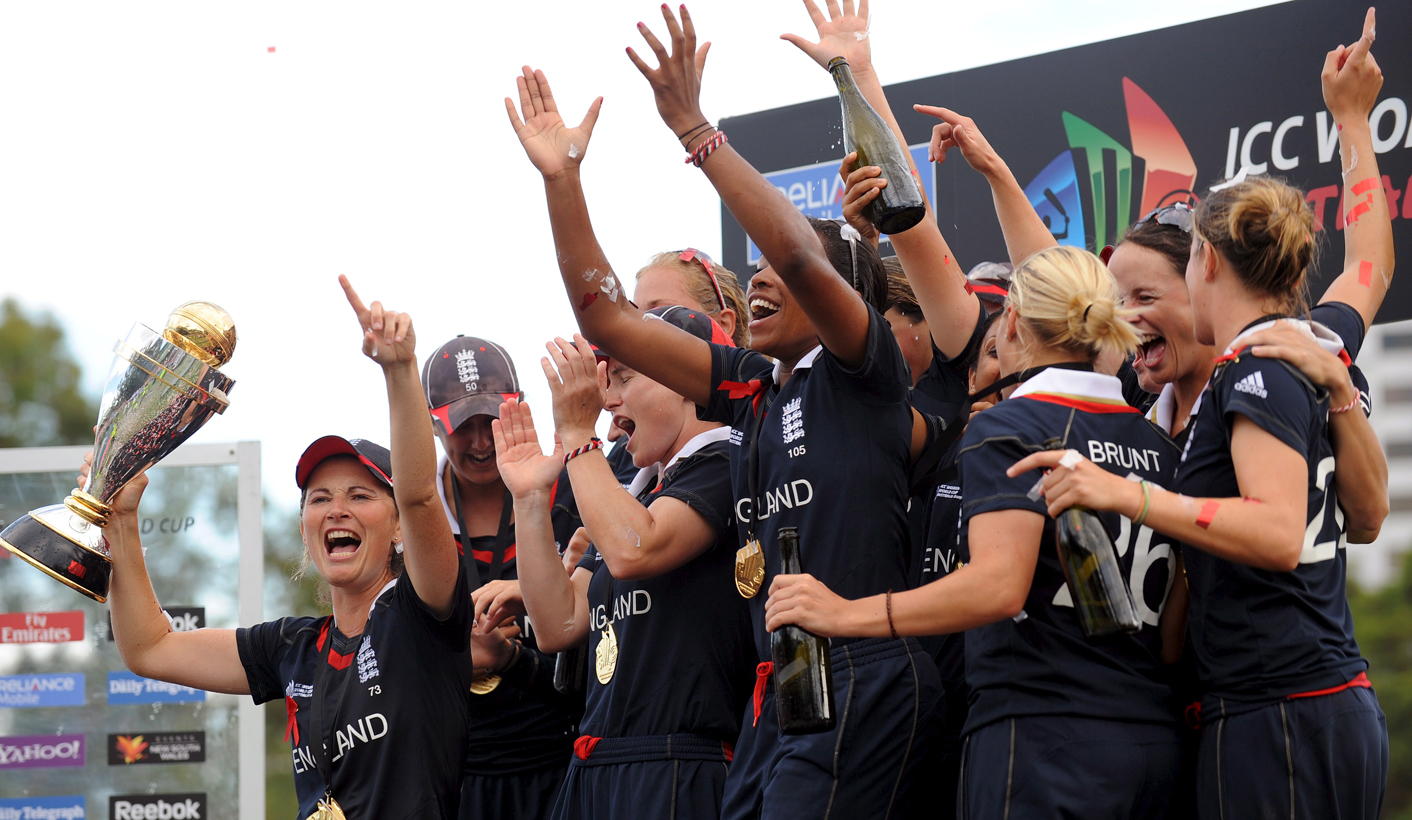 The England Cricket Board has, for the first time, awarded women with professional playing contracts. It’s also been announced that there are plans for a women’s Big Bash League in two years’ time. There are still massive disparities in pay, exposure and everything else, but at least there is a slow but tangible push from the powers that be for progressing the women’s game. By ANTOINETTE MULLER.

The ECB awarded 18 players from the England Women’s Performance Programme with new contracts, taking giant leap forward in fully professionalising the women’s game in England. Cricket Australia also announced contracts for 15 women, one more than last year. It is the first time that English women have been awarded fully professional contracts, whereas their contracts previously formed part of a play-and-coach scheme.

England has a home series against India and South Africa over the summer to prepare for, and the contracts offer a significant step forward in allowing players to streamline their focus. The England women’s team has had a successful few months, including back-to-back Ashes wins and a historic series win in the West Indies in November, reaching the ICC Women’s World Twenty20 final in Bangladesh. This, says Clare Connor, head of women’s cricket at the ECB, completely justifies the financial investment.

“The performances delivered by Charlotte Edwards and her team over the past 12 months, unequivocally justifies the financial reward which comes with the new England women’s contracts,” said Connor.

“The pay increase for the contracted players is significant and signals the dawning of a fully professional era in every sense for England women’s cricket. I am grateful to the ECB Board for the ongoing support they provide towards the development of the women’s game in this country.”

England skipper Edwards, who became only the second woman after Claire Taylor to be named one of Wisden’s Five Cricketers of the Year this year, believes it’s given her a new incentive to continue her career. She made her debut as an amateur 16-yeard old in 1996 and now, at 34, is looking forward to a chance to extend her career even further.

“It’s given me a new lease on life,” said Edwards. “Potentially I’ll have another three or four years as a pro.”

She added: “It excites me in terms of the fact I can improve but, more importantly, hopefully we can attract more young girls to the game.

“For those young girls just arrived in the England set-up, they have a huge opportunity to have a career in cricket over the next 10 years.”

The discrepancy in pay is significant, and while the value of England’s women’s contracts isn’t known, they are probably a far cry from the £250,000 some of the entry-level contracts for the men will offer. The explanation will be simply that women’s cricket does not generate the kind of revenue that the men’s does. This is true, but systems need to be put in place to get the game to start earning money.

The ECB’s decision to award full-time contracts to women is one which should be celebrated. And while both England and Australia have taken a significant step forward for the women’s game, it should not detract from the problems the sport still faces. Funding and media coverage remains a big issue. While it has been far more progressive in England and Australia, with women’s matches regularly televised, overall coverage of the women’s sport remains limited.

Despite having existed since the 1800s, women’s cricket still hasn’t forged its own identity just yet. Boundaries are shorter and there are not as many “big hits” as in the male game. The biggest problem for the sport is that it is far too often compared to the men’s game. It is the same sport, but it is played differently, and in order for it to be accepted and to thrive, it needs to be understood as such.

Cricket Australia has taken the first step in raising the profile of the women’s game by planning a women’s Big Bash League to be launched in the 2015-16 season. It will be the first league of its kind, offering big-name female players like England’s Sarah Taylor and the West Indies’ Deandra Dottin to extend their profiles and their purses.

With T20 being a format that has become the lifeblood of the sport, it’s plain to see why the Big Bash has been chosen to progress the game even further for women.

Belinda Clark, who runs the National Cricket Centre in Australia, believes that the women’s T20 game is now evolving at the same pace as the men’s.

”There’s been a lot of work done in the last five years to get more international T20s on television, and the ratings of those – whether they’ve been matches we’ve had in Australia, or international matches back in Australia – have been getting stronger and stronger,” Clark said on Cricket Australia’s website.

”That’s given us great confidence that if we can get this right, we’ll be providing a really good opportunity for our players, but also for the public to see women’s cricket at this level more often.

”The men’s game has advanced and evolved at the same pace as the women’s game [recently] so I think the difference is that people are noticing the women’s game more now than before – but the rate of change in the sport in general is amazing, and the T20 format is a great opportunity for us to leverage that and get more girls playing.”

The women’s games will be played before the men’s matches, but standalone fixtures are also planned. Should the league actually be ratified, it will be one of the biggest steps forward for the women’s game in recent years. Creating a clear pathway for cricket as a viable career option for women will go a long way in encouraging participation. It will also serve as a stepping stone to continue the professionalisation of the sport. More exposure to the sport, more role models and a push from the powers that be to lay the foundations will go a long way in setting the platform for future generations. DM