An Election Gathering like no other, coming your way 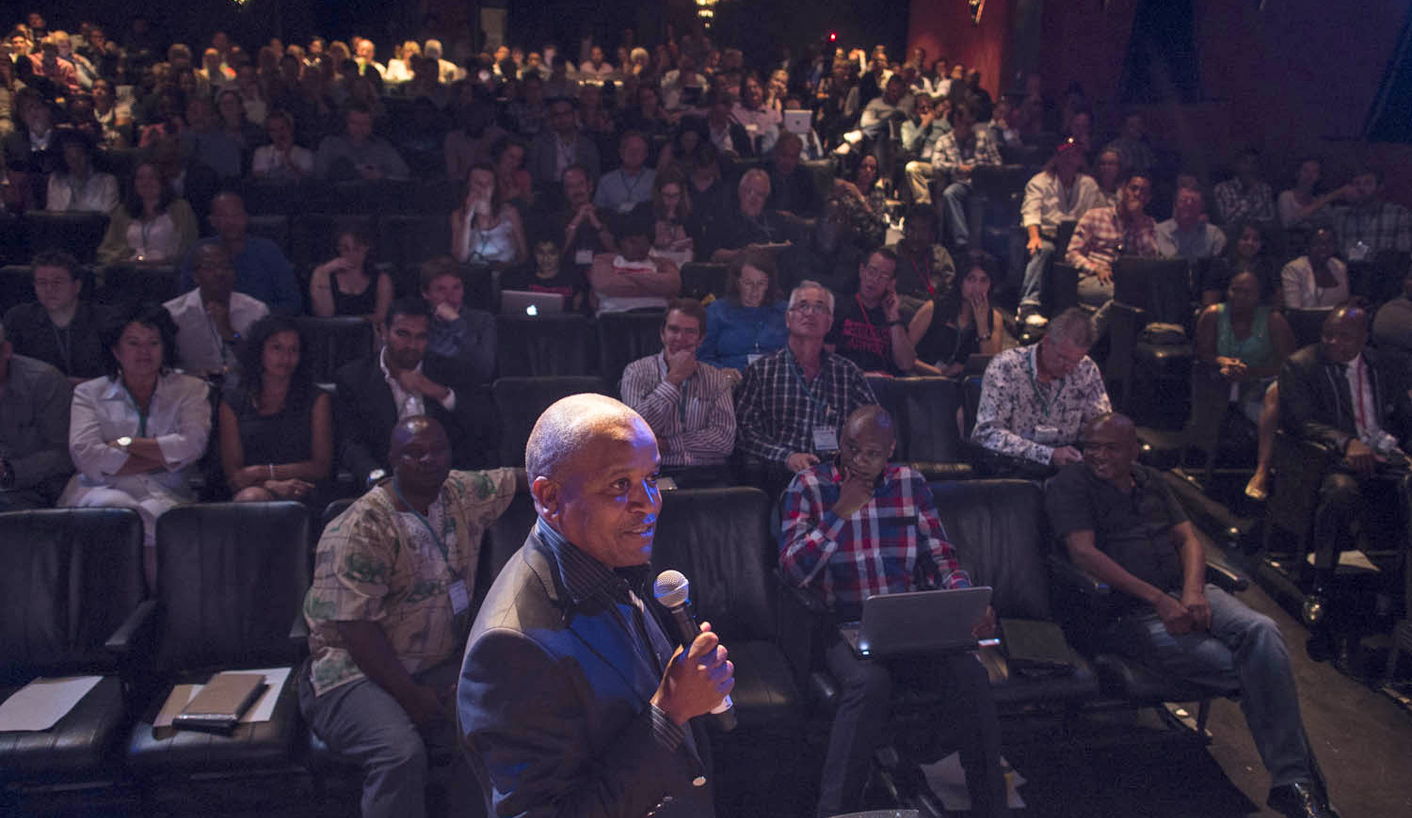 You may have noticed we’re not big fans of the conventional here at Daily Maverick. So when it comes to putting on conferences, we’re quick to dispense with traditional formats and those green-and-white mints you might be getting used to. The Gathering: Election Edition is the meaningful conference of the year, and this is why you need to know about it. By BRANKO BRKIC.

It’s kinda sad that our election system doesn’t force presidential debates. You know, the kind that Hollywood movies and political careers can be made of. The kind where the entire nation gathers around screens across the country and gets to decide who looks more presidential and whose responses are more representative of the person who will keep the country prosperous, safe and sound for the next few years.

South Africa goes to the national election polls in just over a month, and we pretty much know who our president will be. There will be no electioneering mano-a-mano between political opponents, jousting for the favour of our votes. Just a controlled process of promises made and almost never kept.

So the closest thing we have to a proper debate over the political state of the nation is something we at Daily Maverick call The Gathering. The first iteration of the event was held in 2010, when 200 people jammed into a tiny theatre to watch interesting people from all things political, media- and business-related give us 15-minute addresses about whatever topic made them feel most passionate. I remember how chuffed we were when #DMGathering trended 4th worldwide, and people were asking: Who is DM?

The Gathering 2.0 was hastily put together ahead of the ANC National Elective Conference in Mangaung, mostly because that’s how we roll at DM, and we had nothing to keep us busy between the hours of 2:00 and 4:00am. A bigger venue with a bigger line-up of speakers and no budget to speak of saw us put on another hugely successful event.

A potential tie-up with a television channel had us come with a tweak to the format that saw speakers from politics, civil society and media put them under the spotlight of our senior editors. The tie-up never happened, but the format of professional analysts holding the microscope over some of most senior political statesmen was a marvel to watch. So much so that the fervour from the stage catapulted #DMGathering to the hottest trending topic worldwide, generating almost as many social media conversations as the Marikana massacre had some months before.

Photo: Paul Mashatile, Zwelinzima Vavi and Lindiwe Mazibuko at the The Gathering 2.0.

This year, I’m pleased to say the line-up of speakers ranks amongst the most impressive and influential of any combination of local speakers ever assembled at one event. With our sponsors, Nandos and the Omidyar Network, and the help our media partners eNCA, we have a production planned that is guaranteed to blow your mind. If it doesn’t, I will personally buy you coffee/lunch.

Veteran anti-Apartheid newsman Max du Preez kicks off proceedings at this year’s Gathering with words that will no doubt be sharply pointed and possibly directed at those following the stalwart on stage.

The election debate will see Helen Zille, Dr Mamphela Ramphele, Zwelinzima Vavi and Malusi Gigaba together on stage, for a panel session that needs very little introduction or prompting to start what is sure to be a much-heated “debate”. Each speaker is afforded a short time to address the audience before our own panel of analysts puts the speakers on the spot. Ranjeni Munusamy, Richard Poplak and Justice Malala will collate their own questions and those via social media before loading their double-barrels squarely at the speakers.

Our own Sisonke Msimang will chair a social justice panel featuring Open Society Foundations’ Fatima Hassan and David Lewis from Corruption Watch, who will highlight the challenges facing our newly elected government.

An event focused on the elections wouldn’t be complete without tackling the economic issues that go hand in hand with our politics. For this, we’ve brought in Jay Naidoo, Dr Iraj Abedian, and Irvin Jim, who will be subjected to the scrutiny of Brooks Spector, Prince Mashele and Jeremy Maggs.

And not to be outdone, we have the most-talked about lady in South Africa, likely to talk about the most talked-about issues in the country, closing off the event. Public Protector Advocate Thuli Madonsela will again join the speaker line-up at The Gathering for what is sure to be intellectual relief from the happenings at court across the Jukskei.

But it’s not in our style to just bombard you with the heavy stuff. We have injections of humour and art placed in the line-up too, as well as two of the smartest funny people in SA as our MCs. Tumi Morake and John Vlismas will ensure any sacred cows left standing will be shot on sight in what we feel is the perfect duo to keep the day upbeat and entertaining. Of all things Vlismas has been called in his life, Maverick is up there in the Top 10, and we’re ecstatic to be working with him. He and his team are busy preparing a production that is Daily Maverick class (which is world-class, but like, out of this world).

If you haven’t yet submitted a company expense requisition for “training course” or “entertainment”, do it now, and do it here. Otherwise, try your hand at winning two tickets to the event, courtesy of us, the best-looking digital-only editorial team in the country, who aren’t that bad at writing either. The entry form is here.

See you on 10 April, at the Lyric Theatre at Gold Reef City. Yep, I can’t wait either. DM