Peugeot 2008: Making the most of a small package 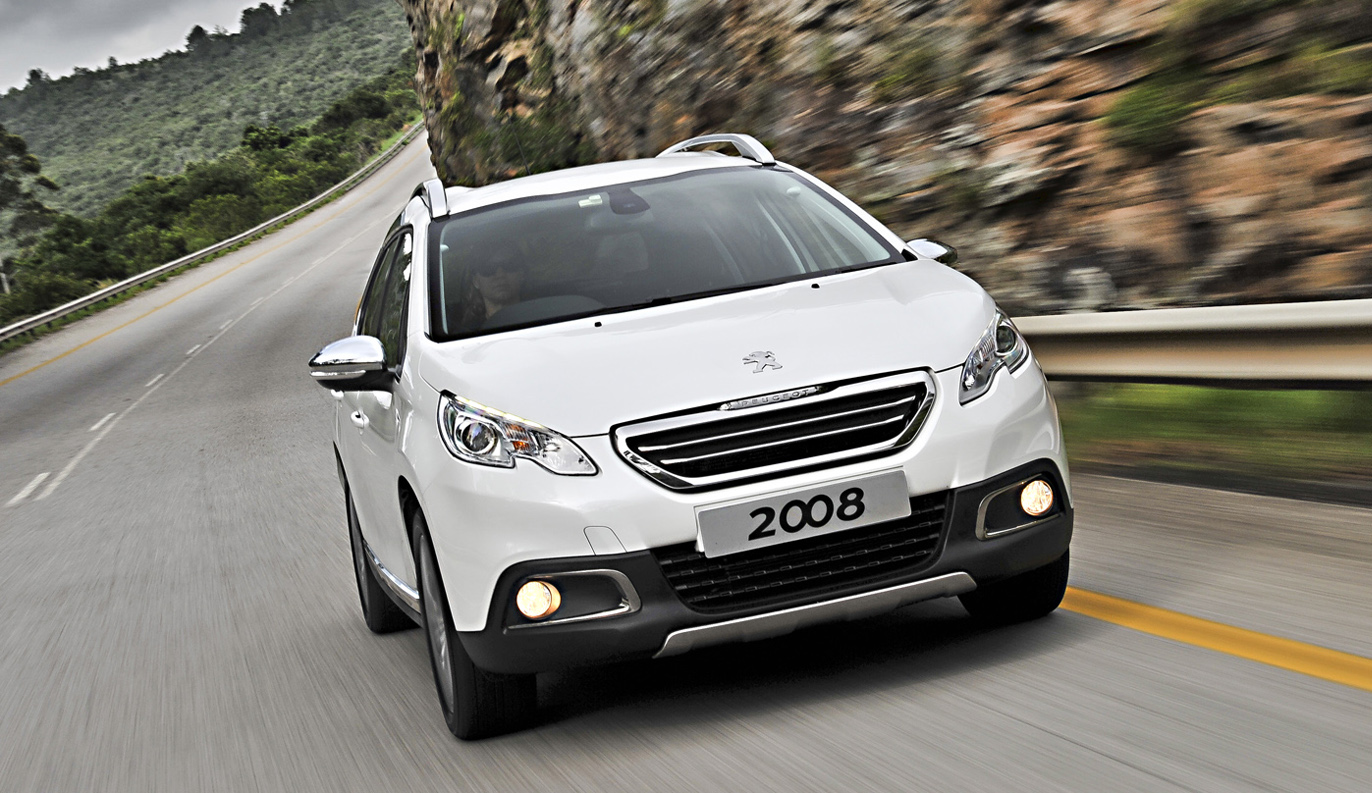 Peugeot’s 208 subcompact hatchback represents much that is state-of-the-art in that overcrowded segment: a balanced chassis, low kerb mass, a choice of efficient engines, and a smart interior. The new 2008 crossover is cut from the very same cloth, but adds surprising space and versatility to the formula. By DEON SCHOEMAN.

The Peugeot 208 is a good case in point. As an expression of contemporary French design, the subcompact stands out from a crowd that includes the prosaic VW Polo, the extrovert Ford Fiesta, and a cheerful brace of Koreans, the Kia Rio and Hyundai’s i20.

The 208’s attention to design detail, with a clear focus on creating a smart and sophisticated identity, makes it a real little head-turner, which is part of the reason why it’s also the French marque’s best seller.

Enter the new Peugeot 2008: a vehicle that attempts to transpose most of the 208’s plus points into a slightly larger, but much more versatile crossover form factor. The underpinnings of the newcomer are pure 208, but an elevated stance, and an extended (and taller) roofline, create a car with an altogether different personality.

The 2008’s character is less urban runabout and more weekend warrior: a car more likely to  fulfil the role of family commuter than all-terrain pioneer, but that can cope with more challenging terrain if occasionally required.

Most crossovers end up being slightly embellished boxes on wheels, or station wagons with attitude. The 2008’s most obvious rival is the Nissan Juke, which is so non-conformist in its styling approach that it ends up with an almost cartoon character-like persona.

By comparison, the 2008 is more subtle and more stylish. The front-end reflects Peugeot’s clean but clearly communicating design language: a trapezoidal grille, slim but exquisitely shaped, multi-element headlights, and a meticulously profiled bonnet that also offers the Peugeot Lion emblem pride of place.

Expressing is more robust capabilities are the lower air intake and bumper insert finished in contrasting black, and a metallic scuff plate, while the 2008’s raised stance adds to its more robust stance.

The rear features a roof spoiler, a high-mounted third brake light, and prominent tail light clusters that wrap around the 2008’s profiled haunches in a variation of the 208’s design. The tailgate opens all the way down to the black-finished bumper, promising convenient access to the cargo bay, while a metallic scuff plate repeats the front-end’s robust theme.

As much as design appraisals are subjective by definition, few would argue that the 2008 is handsome car, that manages to express its practical intentions with a panache rarely achieved in segment dominated by pragmatic considerations.

That balance is maintained in a cockpit that is as inviting as it is comprehensively equipped – although it does feature the kind of idiosyncrasy that have become an almost expected component of French automotive design.

In my opinion, the arrangement works well enough, even if it takes some getting used to: but then, I’m no six-foot-five basket ball player, and the final verdict will depend on personal experience and preference.

What is unequivocal is the upmarket execution of the cabin, which is strong on feel-good factor and design appeal. The combination of leather and cloth upholstery is both smart and practical, and while the switchgear is comprehensive, it’s never intimidating.

The seven-inch full-colour touch-screen display dominating the centre stack is one of the reasons. It provides intuitive and user-friendly access to the 2008’s standard infotainment system.

The set-up embraces Bluetooth-driven telephony, iPod and MP3-compatible audio, FM/AM tuner, and yes, even satellite navigation. But if you rely on CDs for your music pleasures, you’ll have to embrace the 21st Century and opt for flash drives, a smartphone, or any source that outputs to a 3,5-inch aux input.

Other convenient niceties include climate control, remote central locking, electric windows and mirrors, privacy glass, and a multifunction steering wheel with audio and hands-free telephone controls, as well as the switchgear for the cruise control.

The cabin has an air of spaciousness that seems at odds with the 2008’s compact footprint. Despite the heavily bolstered (and extremely comfortable) front seats, there’s ample legroom at the rear. The rear bench seat is split 60:40, with each section folding flat individually to created a versatile range of loading and seating options.

The cabin’s roominess has not been achieved at the expense of luggage space, though: at 350 litres, the cargo area is generous by subcompact segment standards, and easily accessed, too.

And here’s something unique: the 2008 features an augmented traction control system dubbed Grip Control, operated via a centrally mounted dial, and confirmed by a display on the colour screen. Grip Control allows the traction control to be optimised for different terrain – mud, sand or snow, for instance – and thus adding to the crossover’s all-terrain talent.

Grip Control is no all-wheel drive, and it doesn’t turn the 2008 into a gung-ho off-roader, but it does add confidence and composure when the going gets a little tougher, and combines with the 165 mm ride height to add some all-terrain talent to the Peugeot’s capabilities.

For now, the 2008 line-up consists of a single model, powered by a 1.6-litre, four-cylinder engine, combined with a five-speed manual gearbox and front-wheel drive. Rated at 88 kW and 160 Nm, the normally aspirated mill is willing enough, but won’t rip up any tar.

Even so, given that 2008’s sub-1,100kg kerb mass, progress is sprightly. The claimed 0-100km/h sprint time is a believable 9.5 seconds at sea level, with top speed posted at a useful 196km/h. In reality, the little crossover feels lively and responsive, with good in-gear urge, but with a full load on board, and at altitude, the going may be a little less athletic.

The engine’s frugality is another highlight, allowing a claimed fuel consumption of 5.9 l/100kmh for the combined cycle. Frankly, as has become the norm, that figure is not a realistic reflection of real-world consumption, having probably been achieved in ideal conditions, but high sixes and low sevens are very much achievable in mixed use.

For me, one of the highlights of the 2008 – and a trait it shares with the 208 hatchback – is the chassis, which provides a balanced driving experience combining comfort with real handling talent. Despite its elevated centre of gravity the 2008 feels more hatch than crossover in the twisties, with tidy road manners and a neutral cornering attitude.

The result is a car that is fun to drive with some intent, with high reserves of traction, and a benign attitude at the limit. Swap tar for dirt, and the Grip Control system will keep things nice and tidy, intervening only when necessary, and adding confidence and composure on mild to challenging gravel.

I have to admit that the 2008 surprised me. In their quest for do-it-all versatility, crossovers often lose their overall sense of focus and cohesion, and given the 208 hatchback’s overall excellence, I imagined that the 2008’s variation on that theme would prioritise utility, but lose sparkle in the process.

But in reality the 2008 retains all the 208’s positive attributes, while adding space and versatility. That alone should win it many friends, and even persuade those in the market for a larger C-segment hatchback to consider this crossover as an alternative.

Priced at R269 900, which includes Peugeot’s five-year/60 000 km maintenance plan, the 2008 can also add value to its list of attractions. It’s a true all-rounder that should win the Peugeot brand many friends – and deservedly so. DM

Photos by Rob Till