Analysis: UN force is last roll of the dice for desperate CAR 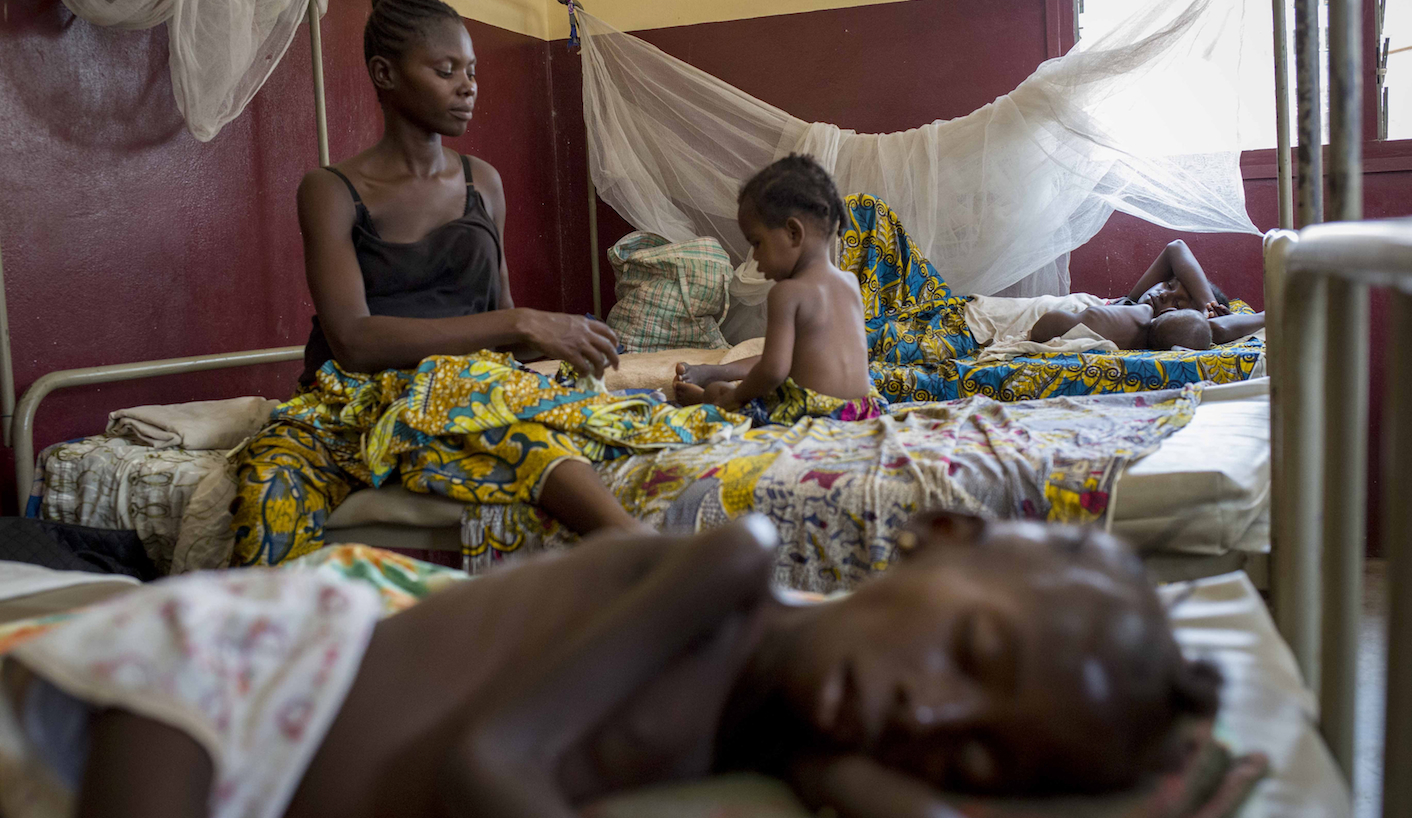 There’s no easy fix for the Central African Republic. Even once the bloodshed stops, someone has to figure out how to rebuild a state which no longer exists, and prevent it from falling apart again. Only the United Nations has the skills and experience to confront all the country’s problems simultaneously. The good news is that Ban-Ki Moon is finally getting his act together, proposing a solid intervention plan to the Security Council. The bad news is that the UN is a slow-moving bureaucracy, even at the best of times – and it’s far from the best of times. By SIMON ALLISON.

The United Nations has been talking about intervening in the Central African Republic for a long time. In November 2013, the Security Council discussed plans to create a peacekeeping force that could prevent ethnic-religious violence, bolster the state’s near-defunct institutions and generally help the country back onto the path of stability. At the time, words like ‘ethnic cleansing’ and ‘genocide’ were being bandied about by humanitarian workers and diplomats – there was a genuine fear that the situation, already desperate, would deteriorate even further.

And, as the Security Council discussions failed to move past the drawing board, so the situation did deteriorate. In the last few months, tens of thousands of Muslims – targeted for their perceived support for the deposed rebel government – have fled the country, fearing for their lives as renegade Christian militia groups, answering to no one, run rampage. There are reports of entire villages wiped out, while bodies continue to stack up in overcrowded morgues. (Of course, there’s more to it than just religious tension; Think Africa Press has a good piece up on the other regional, ethnic and political dynamics at play)

“The death records of the Bangui morgue in the Central African Republic read like a chapter out of Dante’s Inferno: page after page of people killed by machetes, torture, lynchings, shootings, explosions and burning. The overwhelming stench makes it impossible to stay there for long. On really bad days only the number of dead is recorded – not their names nor the causes of death – before the bodies are buried in mass graves,” wrote Peter Bouckaert, emergencies director for Human Rights Watch.

There has been a muted international response. France has 2,000 soldiers in and around Bangui, while the European Union is sending another 1,000 to guard the airport (where there is a large refugee camp). There is also a 6,000-strong force, known as MISCA, with a mandate from the African Union, including large contingents from Burundi and Chad. But has it been enough?

Doctors Without Borders (MSF), one of the few humanitarian organisations operating on the ground in the CAR, doesn’t think so. “The extreme levels of violence against civilians and targeted killing of minority groups in the Central African Republic (CAR) illustrates the failure of international efforts to protect the population,” MSF said in a February 18 statement. It added that its teams on the ground – 2,240 local and international staff – report that “the international community has abandoned the people of CAR”.

It was against this backdrop that UN secretary-general Ban Ki-Moon once again proposed a UN intervention. In a report to the Security Council on Monday, Ban warned that the violence could spiral even further out of control, and that the country was at risk of a “de facto partition” between its Christian and Muslim areas

Ban’s solution? A peacekeeping mission comprised of 10,000 soldiers and 1,820 policemen. “The key focus of the United Nations mission in the initial stage must be the protection of civilians. More troops are needed in the Central African Republic to address the situation in the initial phase of the peacekeeping operation,” he said. The new mission will absorb MISCA, meaning that only 6,000 new troops are required; and will take about six months to get in place.

“It’s been a long time coming, but at this point it’s the only thing that makes sense,” said Stephanie Wolters, a regional analyst with the Institute for Security Studies “What we know is the troops we have there at the moment are not enough to protect civilians, and in the current environment this has to be a priority. And there has to be access for humanitarian organisations.”

Wolters argues that the sheer scale of the problem facing the CAR – where, to all intents and purposes, the state does not exist – means that only the United Nations has the experience and the resources to do something about it. “Much has been said about why it has to be UN. MISCA really is a purely military force with a small civilian contingent, but it doesn’t have what the UN has – a massive machine that moves in and can do everything from protecting civilians to organizing new elections. And whether you think they are functional or not, they really are the only game in town. No one else can do that.”

This doesn’t mean it’s going to be easy. Peacekeeping has a long and undistinguished track record in the CAR, and the UN will have two work hard to ensure that it doesn’t weaken the existing missions in the process of taking over. “I have counted 11 missions since 1997 by seven different international organisations,” commented Malte Brosig, a senior lecturer in international relations at the University of the Witwatersrand.

“This constant handing over between actors is a sign of international neglect, lack of resources, interest and poor inter-institutional coordination….in terms of effectiveness and impact this is far from ideal. One of the biggest issues is certainly inter-operability between troops and organisations, With each re-hatting and/or transfer from on institution to another the peacekeeping mission is going through a period of weakness as different institutions have different standard operating procedures, command structures, procurement, etc.”

This is partly why the UN mission will take such a long time to deploy. A lot can happen in six months – the Rwandan genocide, remember, took just 100 days. But there is some long-term vision at play here: the UN will be attempting not just to protect civilians (although this will be the priority), but also to get the nation as a whole back on its feet. This requires exhaustive planning and preparation, especially as CAR is so woefully underdeveloped. Wolters explained: “Six months is not a long time in the context of a UN mission, and you have to remember that outside of Bangui there is nothing. You have to have Internet, basic communications systems, warehouses, etc…It’s like building a small country, everything from water supplies to high speed internet connections to offices. Imagine doing that in a place with not much road access. A lot of it will have to come by air, especially because the emphasis does have to be outside of Bangui.”

The UN may move slowly, and it may not always operate with the purest of intentions. But beggars can’t be choosers: the CAR desperately needs assistance, and the United Nations is the only organization capable of offering it. It will have to do. DM

Photo: A mother tends to her child, who is suffering from malnutrition, at a paediatrics hospital in Bangui, Central African Republic. REUTERS/Camille Lepage