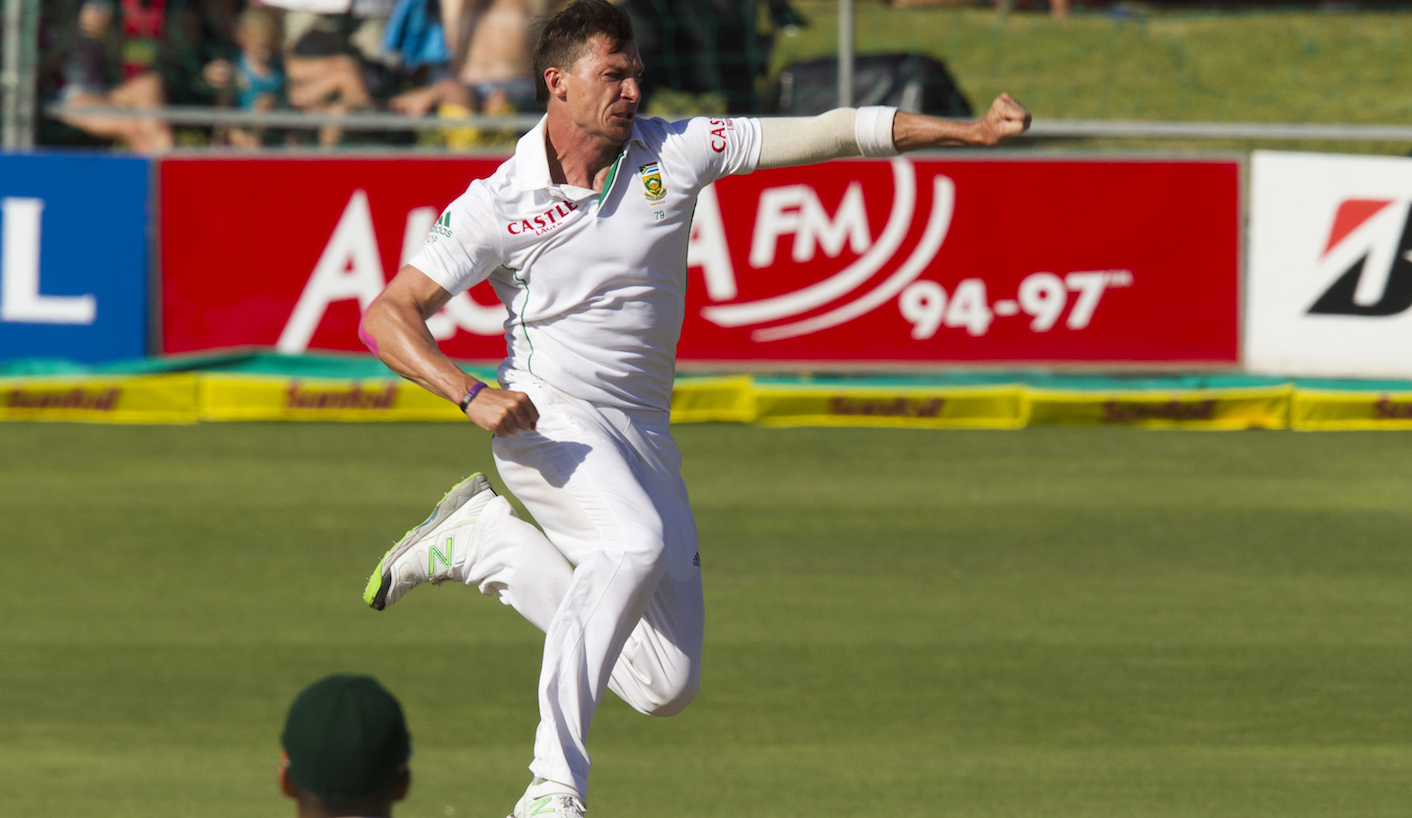 Dale Steyn’s off-field character is completely different to the one on the field. There’s no red-faced angry man huffing about in press conferences, but one thing that remains the same is that Steyn loves cricket, he loves bowling fast and he loves representing his country. By ANTOINETTE MULLER.

There are some certainties in life. Death, taxes and that a Dale Steyn press conference will be highly entertaining. Cricketers can be a boring bunch and who can blame them? They’re not paid to talk, so there’s a lot of focusing on processes, hitting their straps and putting pegs in the ground. Not so when Steyn is talking. The conversation can range from Eminem to confusing East London for Port Elizabeth.

What is also certain of Steyn is that the man rarely has a bad series. After a slow start in Centurion, Steyn produced one of the most memorable spells of his career to help South Africa seal a win in Port Elizabeth and ensure the series is all square heading into the final Test.

When Steyn is on fire he becomes a different person. Graeme Smith described him as going from “being angry to being extremely angry” and anyone who has watched Steyn over the last few years will be familiar with the sight of his celebrations and his scary expressions.

Off the field he is far removed from that. He’s down to earth, jokey and approachable, but getting fired up for the battle out in the middle is something which drives him to get up to his best, even if he finds it somewhat embarrassing when reviewing the footage.

“I’m not really angry. It’s focused aggression. If I’m thinking of cuddly bears and stuff, I’ll be dishing out half volleys and hamburgers for the guys to smack. I’ve got to get myself up for a fight, not in the way where I go on and abuse the batsman, but I’ve got to get my body ready for it,” explained Steyn.

“I have these expressions in my face and veins are popping out and my celebrations are mad, but that’s when I’m performing at my best. It’s a little bit embarrassing when I’m watching it on the news, actually.”

One of the memorable celebrations from the second Test was Steyn getting Brad Haddin out with a superb swinging delivery not once, but twice. Haddin looked like he was wearing concrete blocks for shoes and Steyn managed to get the ball through the gap to rattle the stumps. For purveyors of swing bowling, it was something to marvel at; for Steyn, it was all part of the game plan.

“When the ball is reversing like that, you can get anybody out in that fashion. When guys aren’t moving their feet at the start of the innings and you land a ball in a good area, you have the advantage. It doesn’t matter who was batting at the time, if you’re not moving your feet and you aren’t ready for what’s coming, you’re going to get out,” he explained.

A five-for at PE came after a slow start in Centurion with Steyn recovering from injury and illness in the first match, and he drew inspiration from none other than Mitchell Johnson. Although bowling fast wasn’t quite what worked for the Proteas.

“I did okay in the first game, but I was nowhere near as effective as Mitchell (Johnson) was. He showed that when you’re in a purple patch, a fast bowler can be devastating. It was something for me to try and copy in PE, but the wicket didn’t offer us that so we had to rely on other skills,” Steyn said.

Those skills involved some mesmerising reverse swings which led David Warner to suggest that South Africa might be ball tampering. The Australian has subsequently been fined and Steyn shrugged off his comments.

“It’s not my business to get involved. It doesn’t matter. We learn our skills across the world and you have to apply your skills. It’d be better to look at how well we executed our skills instead of how we got that skill,” Steyn says.

Another skill was Morne Morkel bowling brutally fast on a deck which offered very little to the bowlers. Morkel found his inner mongrel in Port Elizabeth and although he has become far more accustomed to a containment role, he showed just what can happen when he lets loose and goes full throttle, and Steyn was hoping for more of the same at Newlands.

“I thought Morkel bowled extremely well. In a flat wicket he was basically taking people’s heads off,” said Steyn.

“He didn’t make the headlines after that Test in PE, but I thought he was the guy that really started things off for us. I wouldn’t be surprised if he does it again here at Newlands, but I just want us to take 20 wickets and win a Test match.”

Fast bowling has been one of the major themes of the series and although Steyn hasn’t quite hit top pace yet, he enjoys watching on from the sidelines.

“It’s great; sometimes you sit back and watch these guys bowling at 150km/h and you want to do that too. You can’t do that all the time even if you push your body as hard as possible. It’s a boost of confidence to see how fast these guys are bowling.

“It’s great for the crowd and if you’re in the field seeing somebody like Morne bowling quick it pumps up the fielders too,” Steyn added.

As pumped up as they were on the field, South Africa were mixed in their training approach over the last two days. The senior bowlers, Steyn, Morkel and Vernon Philander took a slight break yesterday and while Steyn tried his hand at a few spinners, he joked that he was kicked out of the nets after just three deliveries. They hit the nets on Thursday, though, and also had Gary Kirsten in their midst to help with preparation. With so many dropped catches, the South Africans have also been practicing their fielding. So much so that Steyn said he “actually had some bruises on his hands” from all the drills the side went through.

Australia, meanwhile, tried to practise for reverse swing by scuffing up the ball against the concrete, hoping that it would swing more in the nets that it would on the pitch. They will also have to mull over whether a lumbering Shane Watson will return to the side and whether a fragile Ryan Harris will hold up.

For South Africa, the Test is a chance to defend their proud record at Newlands. They have lost just two Tests here since the start of 2000. It’s also a chance to beat Australia in a series for the first time since readmission. If the last two Tests are anything to go by, then there are four tense days to look forward to starting on Saturday. For guys like Steyn, the occasion is one to relish, even if it all is, by his own admission, “a little bit crazy”. DM