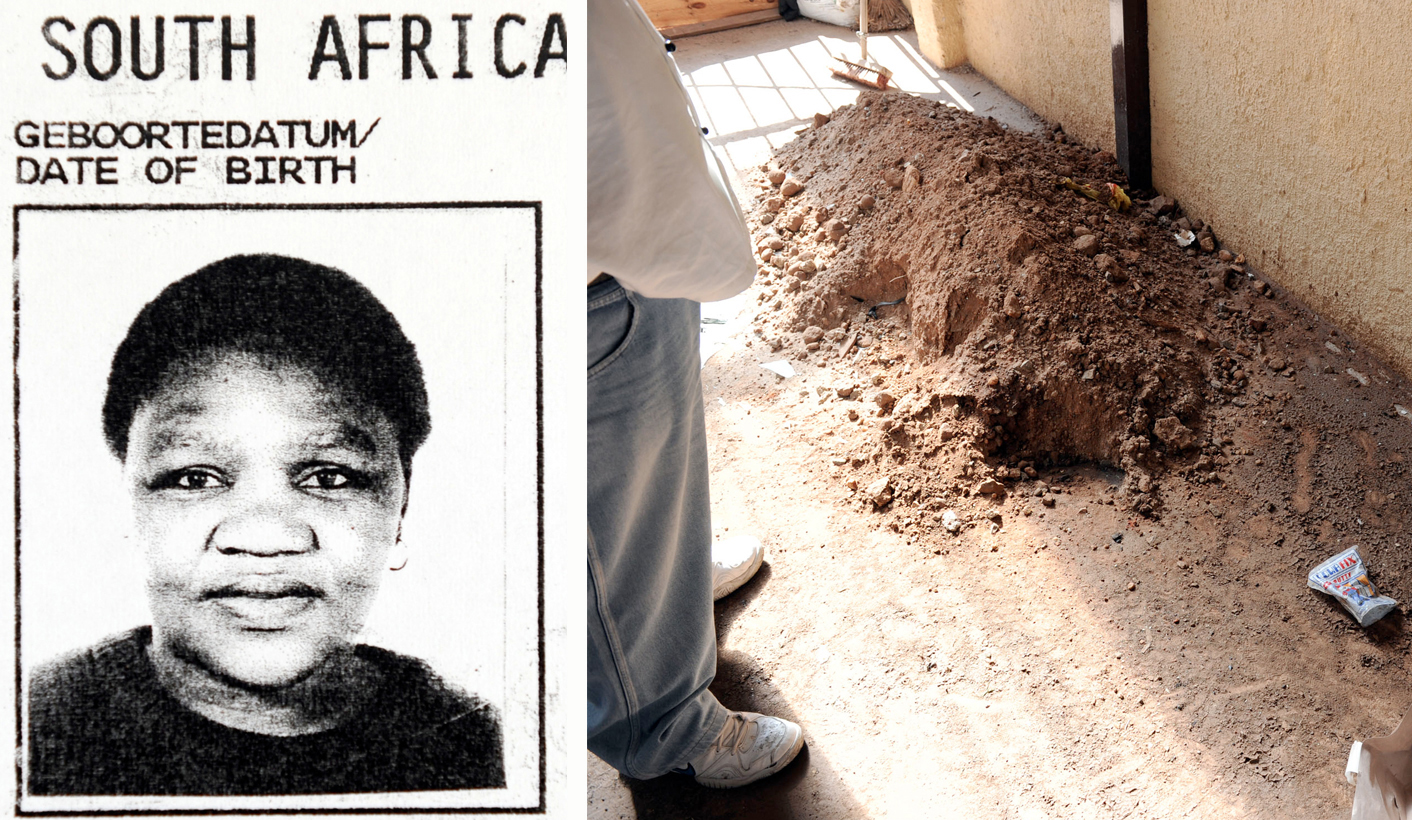 As the clock ticks down to the Oscar Pistorius eclipse, another trial has started in a court across town. The Betty Ketani 'cold' murder case is a fountain of intrigue which splashes higher and higher with each passing court day. It also shows how quickly the legal advantage can swing from one side to the other and all the way back. ALEX ELISEEV suggests that those planning to follow the Oscar show should brace themselves for the ride.

After two years of suspense, the Betty Ketani trial finally began last week. Of course it was two years for all of us, but for her family it’s been almost fifteen years of waiting for some kind of closure. Ketani, a mother-of-three and head chef at Cranks restaurant in Rosebank, disappeared without a trace on May 20, 1999.

Thirteen years later, a confession was found hidden under a carpet and shook a deeply slumbering case wide awake. A few weeks later, six men were behind bars for her kidnap and murder, including the alleged author of the confession, two policemen brothers and by now the group’s least popular member, the man who hid the confession and forgot all about it when he moved houses.

There is no doubt that this is a one-in-a-million case, as state prosecutor Herman Broodryk SC has been quoted saying. The way Ketani survived the first attempt to kill her and was then snatched for a second time from hospital; the bones which were send for DNA tests to Bosnia; the handwriting analysis which has been going on behind the scenes; the other abductions and tortures; the fact that three of the accused have flipped; and that prosecutors are aiming for a murder conviction without a body, motive or murder weapon all make up a crime thriller like no other.

And all of it with a confession that began with the words, “If you are reading this then I am dead.”

In the corridors of the National Prosecuting Authority (NPA) the trial has been referred to as a “battle of the lions” because Broodryk is up against Laurence Hodes SC, one of the most experienced defence advocates in the land. Both men have collected a mountain of experience and are capable of putting on a spectacular legal showdown. Admittedly, so far, they have only growled and scratched each other in court, with the real brawl still looming.

The state opened its case with a policeman who brought with him the original, yellowing police forms which were filled in when Ketani vanished. Up next was Ketani’s brother, who reported her missing. Fast forward thirteen years… and the third witness was the supermarket chef whose family discovered the letters while ripping up the carpets. He identified the confession before court as the very same one he unearthed in March 2012.

Carrington Laughton is the alleged mastermind of the crime (he categorically denies it) and the alleged author of the confession (he denies that too). The fourth witness was his ex-wife, Jayne Laughton, who identified his handwriting and signature and gave a fascinating glimpse into the man behind the headlines. (Remember how Glenn Agliotti’s ex-fiancée was the one to sink Jackie Selebi in his corruption trial?).

The state then summoned Claudia Bisso, a forensic anthropologist, archeologist and specialist in osteology. In other words, a bones expert. Bisso was a stupendous witness, impressing all sides with her knowledge and experience (she’s worked in Bosnia, Kosovo, Sierra Leone and the Congo, to name a few places, and is currently helping the NPA locate and exhume victims of the Apartheid regime).

Ketani is believed to have been buried in a shallow grave at the same Kenilworth house where the confession was found. A few years later, her body was dug up and disposed of. The grave was excavated several times and eventually, in July 2012, six small bones were discovered and sent to the International Commission on Missing Persons in Sarajevo, Bosnia and Herzegovina, home to the world’s best DNA scientists.

Bisso had been called to the scene to identify the bones as human, which she did. She also testified that the way the police handled the final excavation was “perfect”, given that the site had already been disturbed. The defence is arguing that the crime scene was contaminated and therefore anything found there is meaningless.

As Bisso walked out of the witness box, the state’s case was a steady train steaming along the railway, witness after witness. As expected, Hodes was putting up a mighty fight. He is very, very good at what he does. But there had been no major upsets and, whatever the judge makes of them in the end, the witnesses had stood their ground.

Then came Teunis Briers, a veteran of the police’s forensics laboratory in Pretoria and the man who dug the grave, found the bones, sealed them and kept them safe. Briers was a vital witness, given the defence’s attack on the chain of evidence.

Briers was on the back foot from the word go. He had made a couple of typos in his original statement and had been forced to write a second one to clarify the mistakes. Hodes feasted on this, before clawing at the way the excavation was handled, why only three (not six) bones were photographed and why there was confusion about the date of the dig. Briers fought back with the ferocity of a meerkat. Despite Bisso describing his excavation as “perfect” (mighty high praise from a global expert) he failed to defend it with vigor. And then came the real drama…

Ketani’s three children all gave DNA samples to the police, which were later sent to Bosnia by Briers’ department. The samples were drawn in the Eastern Cape and brought to Pretoria. There, Briers opened them up to take out a police report (a J88), which had been sealed with the samples by mistake. He took new evidence bags, sealed them up and sent them on their way. But the problem is that, despite physically standing in court to explain this, he hadn’t done so in his statements and Hodes immediately claimed that the “chain was broken”.

“In a drunk driving case,” he declared, “if the seals don’t add up, the chain is broken and the accused goes free.”

Broodryk immediately jumped in to try to rectify this, but Hodes objected, arguing that it amounted to introducing new evidence. The lions found themselves in legal deadlock and the judge asked them to prepare arguments, which will be heard later on and settled by the court. As things stand, the DNA leg of the state’s case is in danger, which is serious, given that Ketani’s body was never found and the state’s case relies on a great deal of circumstantial evidence.

So imagine: a one-in-a-million chance discovery of a confession hidden under a carpet; a two-year investigation; DNA tests carried out in Bosnia (only a handful from South Africa have ever been sent there); hope for Ketani’s family reignited; and now the way a single police officer sealed a couple of little bags has turned out to be a stone along the railway, possibly something even more damaging.

It’s far too early to say what kind of effect this will have on the Ketani trial or even who will get their way once arguments over this dispute are heard. But there are important lessons here:

Don’t make hard and fast assumptions about any case until it is heard in full. Don’t allow your mind to be made up after each witness has testified. Expect twists and turns. Expect a fierce fight by the defence, which can swing a case back and forth. Accept that witnesses can make or break cases. And don’t invest all of your emotions into the day-to-day roller-coaster ride… save some for your own life. DM

To read all about the Betty Ketani murder mystery, go to www.alexeliseev.co.za

Photo: Betty Ketani’s ID photo and the shallow grave she was allegedly buried in for a few days.