Analysis: Does Chris Nenzani realise what he has done? 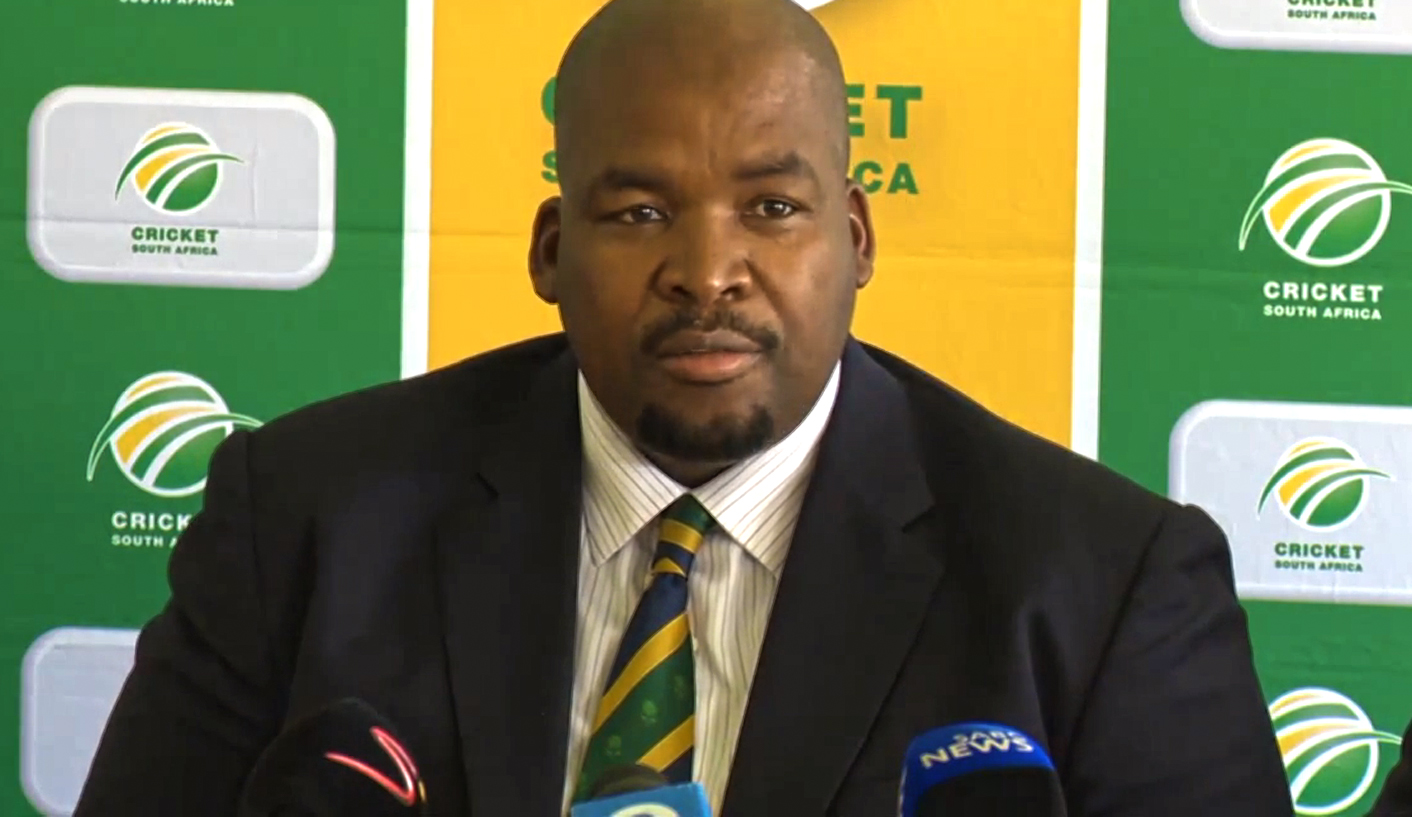 CSA’s president, Chris Nenzani, has tried to explain the reasoning behind CSA’s change of heart in the voting process. There were many words, but very little sense. It seems Nenzani doesn’t quite comprehend exactly how much power now sits in the hands of the “big three”. By ANTOINETTE MULLER.

If South Africa were in desperate search of the best spinner to run out for them in the Test against Australia, they need to look no further than CSA president Chris Nenzani. He could give Mac Maharaj a run for his money. With the Position Paper drafted by the ECB, CA and BCCI adapted and accepted, cricket’s governing landscape will change very soon, and on Tuesday Nenzani tried his best to explain why, after so much fuss, CSA changed their vote.

At first, Cricket South Africa were vehemently opposed to it all. But, like everyone, they had a price. Their price, as it turns out, was surprisingly cheap. Despite Pakistan and Sri Lanka kicking their heels and abstaining from the vote, CSA decided it would be best to think about themselves. Nenzani denied that the PCB and SLC were allies of CSA. Funny, that. When CSA were backstabbed by a prickly BCCI last year and their tour was severely truncated, Pakistan stepped in to send a team to their shores to try to make up some of the losses many of the grounds and the fans would experience. Surely that counts for something?

Apparently not. It’s all about “strategic partnerships” and, apparently, the more money those strategic partners make, the better. For that kind of thinking, you cannot fault the president and the board. For cricket in South Africa to survive, it needs to make a chunk of money. Lose money and it has a ripple effect on everything from staff at top level to development. Following their losses from the Indian tour, South Africa had to withdraw three staff members from the party for the Under-19 World Cup. Amongst those losses was a bowling coach. When financial losses strike, they strike hard, and the ripple effect they could have could be severe. There is nothing wrong with looking after your own financial interests in a cut-throat economy, but Nenzani seemingly doesn’t realise just how much power has been handed over to the unholy trinity of the ECB, CA and the BCCI.

Within those three power-hungry organisations exists a number of people who struggle to even manage their own affairs, never mind that of world cricket. The ECB were the board who got into bed with now convicted fraudster Allen Stanford and Giles Clarke faced absolutely no consequences. A simple “sorry, we were wrong” was as far as it went. More recently, the ECB were made to look like clowns with their lack of management of Kevin Pietersen. They wanted to get rid of Pietersen, but instead of simply not picking him, they made a song and dance about it. It wasn’t a choreographed type of dance, either. No, instead it looked like a group of chimps dressed up in tutus trying to play out “Simon Says”. CA are the men behind the ‘homeworkgate’ scandal which saw Mickey Arthur sacked and threatening to sue the board for unfair dismissal. As for the BCCI and Srinivasan, the less said about them, the better.

Those are the people who will now run world cricket. Yes, the ICC, which pretends to be the sport’s governing body, will still hold the final say, but how many important decisions will actually reach board level?

In his press conference, Nenzani repeatedly insisted that part of the plan was that, with these new proposals, CSA would be able to “shape important decisions”. That’s a nice thought, but the newly formed ExCo and the revamped Financial and Commercial affairs committee will still hold the power of the big three. The ECB, CA and the BCCI will be joined by two other members from other boards, with CSA most likely getting a seat at one of those. But when the three boards are in cahoots for their self-interest, what are the chances that important decisions – decisions which impact the global game – will actually be passed? Power essentially sits with those two committees now, and they will vote on what recommendations should be put forward to the ICC board. Chances are, if an idea doesn’t benefit them massively, it will get thrown and voted out. The magnitude of power that has been handed over to a small pocket of people in a global game is deeply concerning.

Furthermore, Nenzani insists that there were no deals cut to swing CSA’s vote and the decision was made purely on the improved position paper which includes CSA in the Test fund which they were left out of, amongst other things. He also insists that there has been no formal or informal approach made for South Africa to host the IPL and there has been no discussion about South Africa potentially hosting ICC events in the next cycle. He does admit, though, that he has been discussing the potential of more Test cricket with “all of the countries South Africa plays cricket against”.

Nothing has been finalised, of course, because as Nenzani will tell you, “when you negotiate, things change from one hour to the next”. What that means is anyone’s guess. Should these negotiations be a success, CSA will score, because the agreements will be contractually binding and, should anyone decide to go back on their tour agreements, they can be taken to court to make up the money lost. That’s a solid deal for all involved, but it’s possibly one of the only good things to come from the new deal.

“Nothing is perfect” has been the most common response form CSA’s suits. That might well be true, but it’s almost certain that there was a solution more perfect than meekly surrendering power to small group, especially after making such a big huff and puff about it in the first place. DM