CAR says goodbye to Michel Djotodia (and about time too) 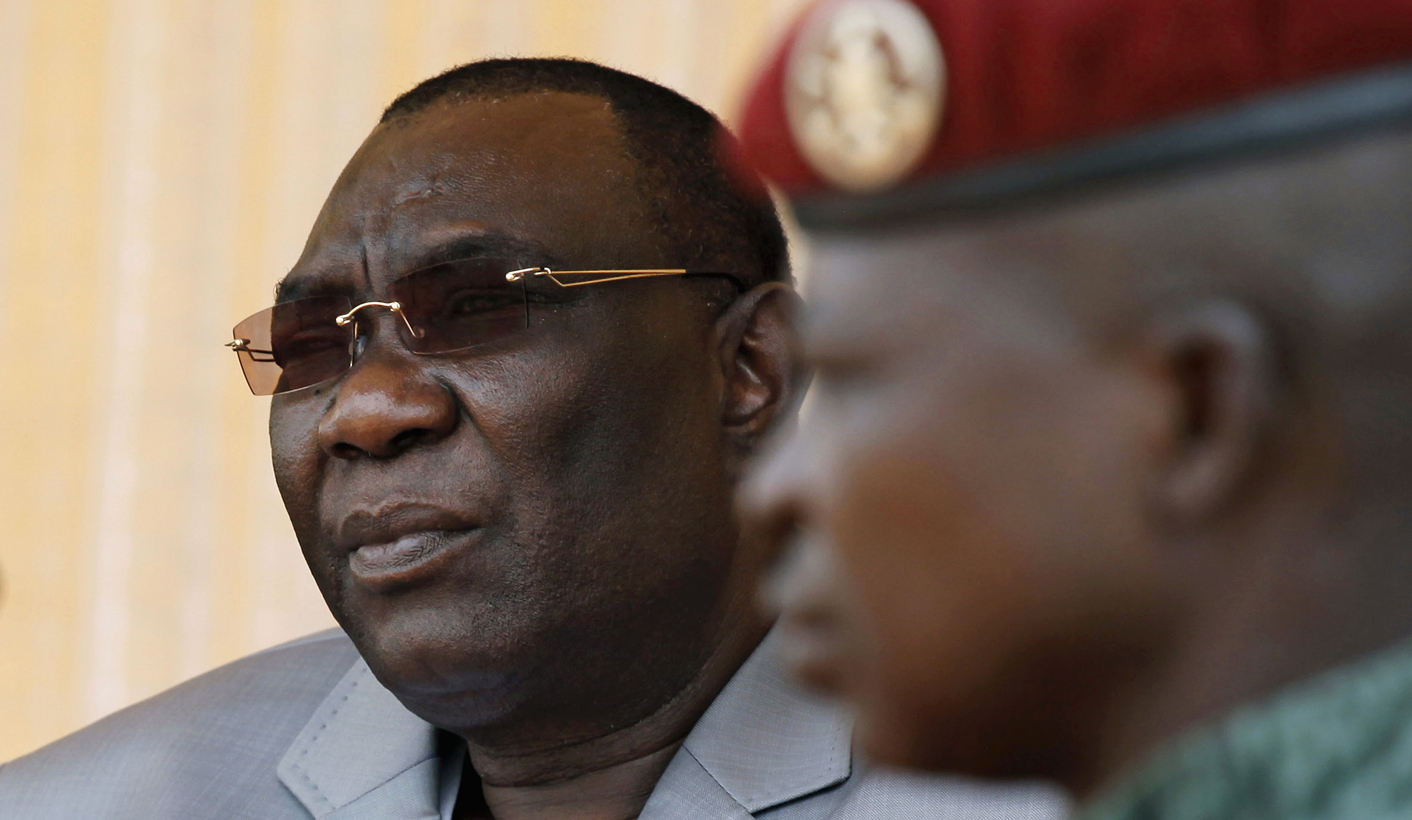 Africa in general, and the Central African Republic in particular, has seen more than its fair share of terrible leaders. But even by these low, low standards, newly-exiled Michel Djotodia did spectacularly badly in his nine months in office. He will not be missed. By SIMON ALLISON.

Well that didn’t last long. Michel Djotodia, the man who took over the presidency of the Central African Republic in a coup last year, has resigned after just nine months and gone into exile in Benin – a humiliating exit for a man who had dreamed of power his whole life, and came into office promising to “consolidate national unity and ensure the well-being of the Central African people”. He managed nothing of the sort; instead, he effectively eviscerated what little authority the central government possessed, and plunged his country into political and humanitarian crisis.

His was an abrupt entry onto the national stage in March last year, catching even veteran CAR-watchers by surprise as he had not been part of the main rebel leadership for a number of years. Instead, however, he’d been sharpening his leadership dreams in Darfur, where he’d been recruiting Chadian mercenaries to his cause.

“Hearing the stories of his ambition during my research, I almost felt embarrassed on his behalf,” commented US anthropologist and CAR specialist Louisa Lombard, on her blog. “He seemed like a Jamaican bobsledder convinced he’d win gold.” But win gold he did, with the help of those Chadian mercenaries, whose professionalism made all the difference when it came to defeating the ramshackle government forces belonging to then-President Francois Bozize (badly embarrassing a contingent of South African troops in the process).

Once he’d swept into power, however, Djotodia’s leadership flaws were obvious. For a start, he was handicapped by his ethnicity and identity: as a Muslim from the north-east, he hailed from a small, often-marginalised minority in the CAR, and never succeeded in persuading his fellow citizens that he could see beyond that minority’s narrow interests.

But the much bigger problem came from within his own power base. The Seleka rebel movement was a grand coalition of opponents to Bozize’s rule, kept together by a complex system of alliances and deals and, of course, spurred on by those Chadian fighters. Once they’d swept Bozize aside, the alliance swiftly fractured – and Djotodia, without much in the way of local support, was powerless to prevent the swift descent into violence this precipitated.

In September last year, having watched helplessly as Seleka factions raped and pillaged their way through the countryside and the capital, Djotodia took the radical step of disbanding the coalition completely. “The Seleka Coalition is dissolved over the length and breadth of the Central African Republic’s territory,” he said in a statement. “Only the Central African security force is in charge of protecting our territorial integrity.”

This was, of course, the same Central African security force which had so abjectly failed to protect Bozize – and which Djotodia had defeated. How quickly the tables had turned; not that his decree made any difference whatsoever. The violence continued, spreading as civil defence groups and rival Christian mercenaries began to defend themselves and launch counter-attacks on vulnerable Muslim populations. Djotodia’s threat to impose “the full sanctions under the law” against Seleka fighters who refused to disarm was meaningless in a country where the rule of law, weak at the best of times, has effectively ceased to exist.

Eventually, it was impressed upon Djotodia in no uncertain terms at a regional summit last week that he was part of the problem – and before CAR can even contemplate moving on, he must hand over the keys to the bruised and battered presidential palace. In what must go down as the best decision of his tenure, Djotodia bowed to the inevitable and announced he would step down.

The news was greeted with jubilation by residents of Bangui, who hope that a new interim government might put an end to the violence. The celebrating may be premature, however.

David Smith, a regional expert with Okapi Consulting, told the Daily Maverick that the interim arrangement looks suspiciously like the government it just replaced, and that regional power politics will also come into play before CAR can turn any kind of corner.

“The National Transitional Council, currently headed by Alexandre Ferdinand Nguendet, is loaded with people, including Nguendet, placed there by Djotodia… All those linked to Seleka/Djotodia are tainted and will not be warmly welcomed by the good people of the CAR. One hopes that the Council will look beyond their own numbers for a new leader… Whoever is chosen, it is almost certain that Chad’s president Deby will first have to give his nod of approval.”

Instead of worrying about who is or isn’t the next head of state, Smith wants a long-term plan to turn CAR into a functioning country, rather than the “shell” that it is today. “I’d like to see the UN set up a transitional administration in the CAR along the lines of what it did in Kosovo, and use this time to help create a home grown administration that has the skills required to run a modern state.”

In the meantime, the humanitarian situation in the country has not improved. “The needs are so massive – 800,000 displaced, with half of these just in Bangui alone,” commented Jens Pedersen, a humanitarian advisor with Doctors Without Borders who has been involved in behind-the-scenes advocacy for the country. “The existing health infrastructure is already very weak. In the places where people have sought protection, the main challenge is to ensure they have enough clean drinking water and sanitation; and mitigate against the outbreak of measles and communicable diseases.”

Djotodia’s seizure of power and his subsequent lame duck rule was a disaster for the CAR. Even though his country remains very far from finding a solution to its politican and humanitarian crises, few will lament his departure. DM