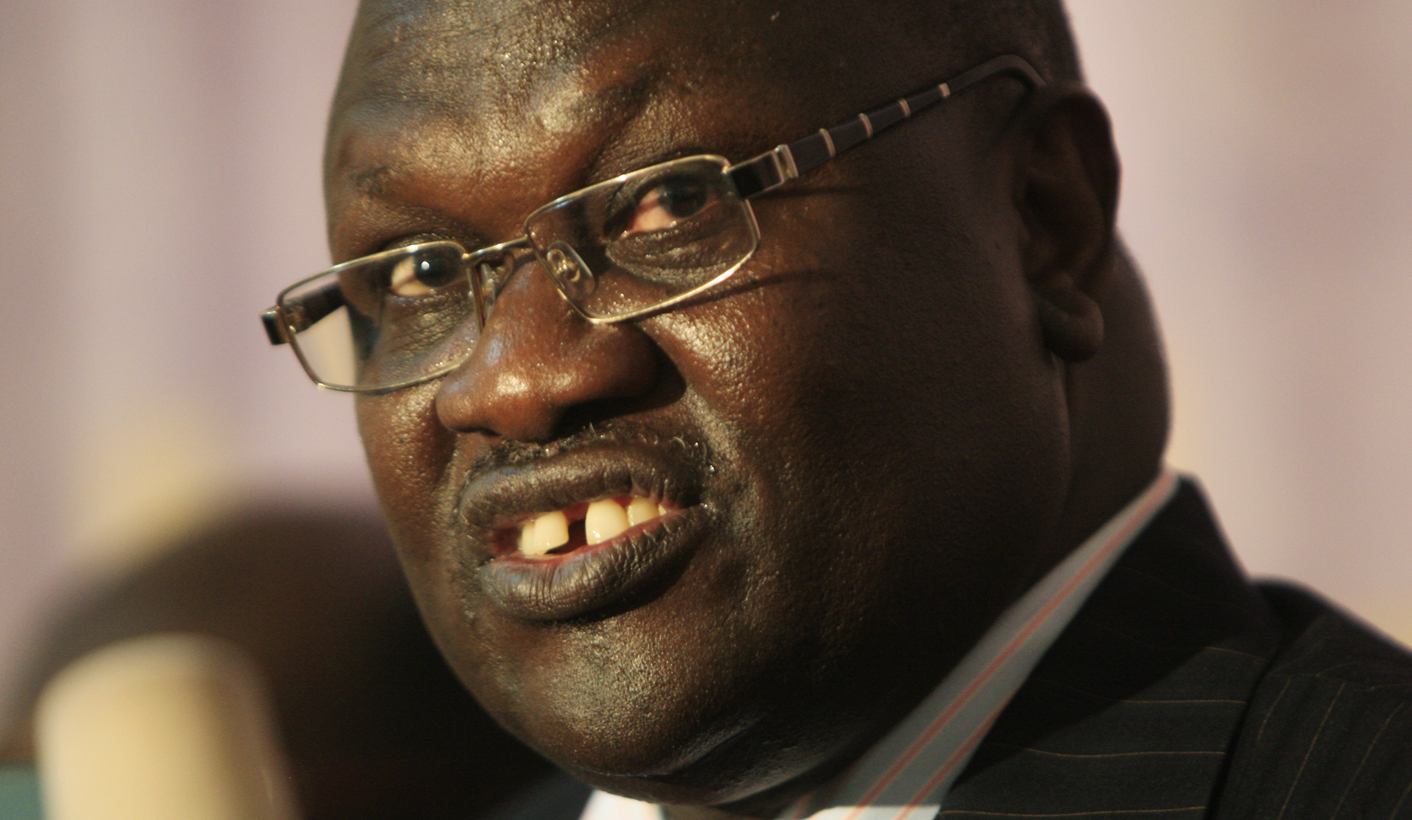 South Sudan rebel leader Riek Machar told Reuters on Monday he was ready to negotiate with President Salva Kiir to bring an end to the nine-day conflict if Kiir first released his detained political allies. By Carl Odera and Aaron Maasho.

Information Minister Michael Makuei immediately dismissed the demands made by Machar, who was South Sudan’s vice president until Kiir sacked him in July. “There is no way we will release anybody who is accused of a coup d’etat,” Makuei told Reuters.

Makuei also dismissed Machar’s claims that his rebels have taken over all the major oil fields in Unity and Upper Nile states as “wishful thinking”.

“President Kiir committed to me that he was ready to begin talks with Riek Machar to end the crisis without preconditions as soon as his counterpart is willing,” Booth told reporters.

Western powers and east African states, which want to prevent the fighting from destabilising a fragile African region, have tried to mediate between Machar, who hails from the Nuer tribe, and Kiir, a Dinka.

But so far their efforts have been fruitless as clashes which started in Juba on Dec. 15 entered their second week, reaching the country’s vital oil fields and destabilising a state which won independence from Sudan only in 2011.

Hundreds of people have been killed, with reports of summary executions and ethnically-targeted killings.

Diplomats told Reuters the U.N. Security Council was on Tuesday likely to approve U.N. Secretary-General Ban Ki-moon’s request for another 5,000 peacekeepers to be sent to the world’s newest country.

Speaking from “the bush”, rebel leader Machar told Reuters he had spoken to U.S. National Security Adviser Susan Rice and U.N. envoy Hilde Johnson about trying to end fighting that has killed hundreds of people and driven thousands from their homes.

“My message was let Salva Kiir release my comrades who are under detention and let them be evacuated to Addis Ababa and we can start dialogue straightaway, because these are the people who would (handle) dialogue,” he said by telephone.

Among those Machar listed should be released were Pagan Amum – chief negotiator during the recent oil shutdown with Sudan, which hosts the sole oil export pipeline; and Rebecca de Mabior, the widow of former South Sudanese leader John Garang.

“They are criminals who must be brought to the books, so there is no way we can negotiate with (Machar). We are only ready to negotiate with him unconditionally,” Makuei added.

He also dismissed Machar’s suggestion for the peace talks to be held in Ethiopian capital Addis Ababa, insisting they should be held in Juba.

Joe Contreras, the United Nations spokesman in South Sudan, said the U.N. was now sheltering about 42,000 civilians across South Sudan and would not leave the country despite worsening security situation.

“For those elements who are trying to intimidate us or who have attacked us, the message is loud and clear: we are here to serve the people of South Sudan and we are not leaving the country under any circumstances,” Contreras said.

Two Indian peacekeepers and at least 11 Dinka civilians were killed last week in an attack by about 2,000 armed youths from another ethnic group on a U.N. peacekeeping base in Jonglei state.

Both Machar and Kiir have denied opposing claims that they are stoking ethnic tensions in a country boasting many tribes but where the Nuer, and in particular the Dinka, are dominant.

But many of the people seeking shelter inside sprawling U.N. compounds say the conflict is certainly ethnically based.

“We still don’t feel secure, but it is definitely safer here,” said Deng, a man who saw several dead bodies lying face down as he took his frightened family to a U.N. base in Juba.

The U.S. said it is repositioning its forces in Africa as the U.S. military prepares for the possibility of further evacuations of U.S. and other citizens from South Sudan.

U.S. Ambassador Booth, who met Kiir in Juba, said the duo had very frank and open dialogue about the problems facing South Sudan and discussed ways the U.S. and the international community can bring the country “back from the precipice”.

“We notice that the African Union has said there is Christmas season upon us, and called for all parties to cease hostilities. We support that call,” Booth said.

Toby Lanzer, the U.N.’s Humanitarian Coordinator in South Sudan, said on a recent visit to Bor that many humanitarian compounds there had been looted. “There was a lot of looting, a lot of gun shots and a lot of dead bodies,” he told the BBC.

While Juba remains tense but calm, Contreras added there were reports of fighting between rival Sudan People’s Liberation Army factions about 25 km (15 miles) east of the capital. DM