Analysis: Has Nigeria’s ‘major offensive’ against Boko Haram been a failure? 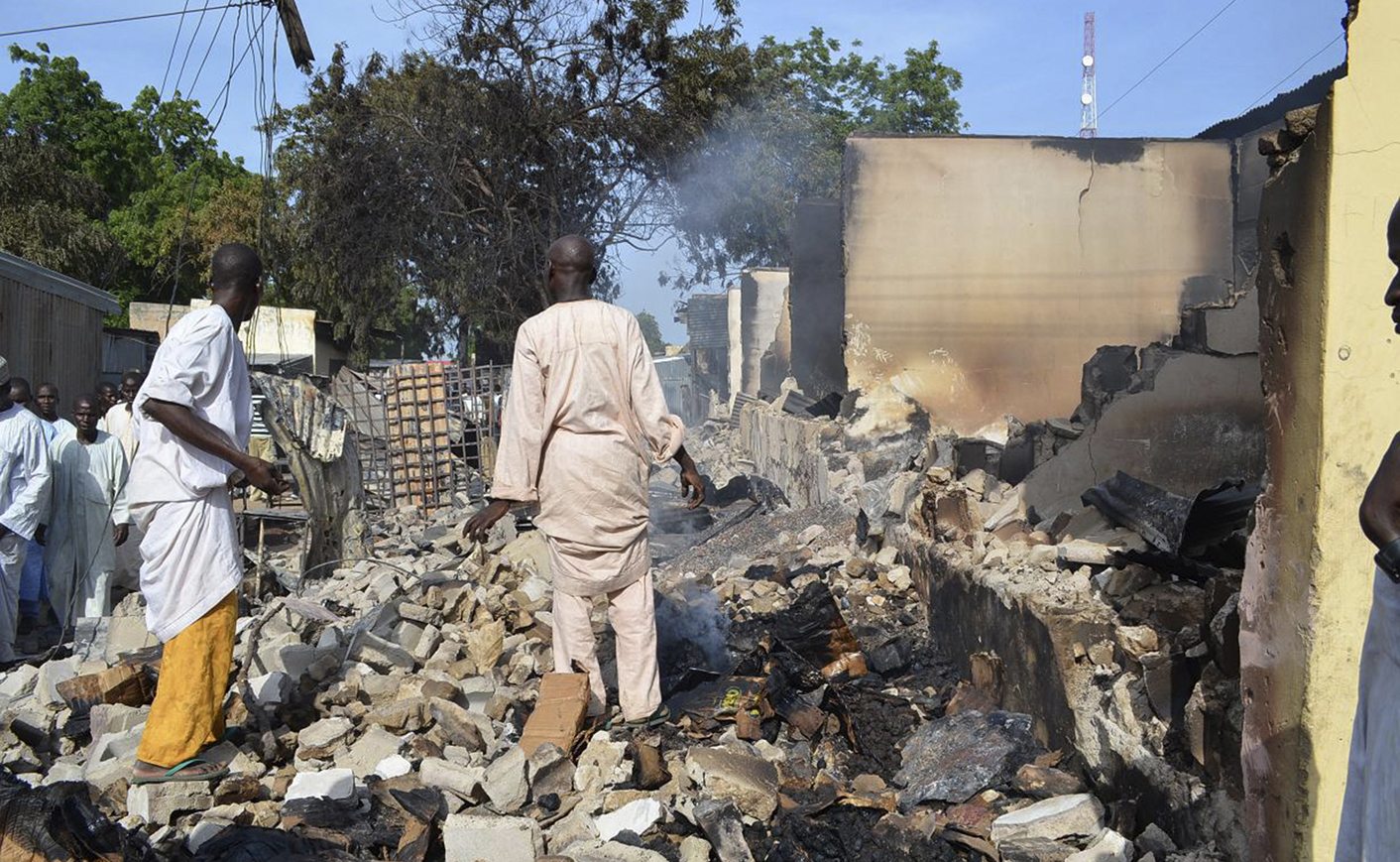 A major Nigerian military offensive was supposed to wipe out Boko Haram. But the Islamist militant group has merely changed its tactics, and struck back in spectacular fashion this week with a huge attack on military targets in a key northern city. SIMON ALLISON wonders if there are better ways of dealing with the Boko Haram problem, or if the government should at least be doing something more.

When Nigeria first announced plans for a “major offensive” against Boko Haram earlier this year, it wasn’t meant to take this long. Officials spoke in terms of weeks, a few months at most; and seemed confident that an overwhelming display of force would cow the Islamist militant group into submission.

“The progress is quite encouraging and we believe that if things go on like this, we should be singing hallelujah shortly,” said Doyin Okupe, a presidential advisor, just a week after the operation was launched in May.

And progress has been punctuated by consistent reports of military victories. 50 Boko Haram members killed in an attack in September; 150 in a separate incident in the same month; 75 in a raid in October; 20 in an ambush in November; these are just a few examples from many. And the deaths have been accompanied by a steady stream of arrests and detentions of alleged Boko Haram members.

So far, so good – at least as far as Nigeria’s political-military elite are concerned.

But while Boko Haram might be down, they’re certainly not out, and this week they served up a bloody reminder that they remain a potent fighting force. On Monday, in the northern city of Maiduguri – a major stronghold for the group, and also one of the main targets of the Joint Task Force (JTF) crackdown – hundreds of Boko Haram fighters swooped on an air force base and a military barracks in a coordinated pre-dawn raid. Officially, 24 militants were killed and two soldiers injured, but the real death toll is likely to be far higher.

“Once again there is a startling discrepancy between the official version and eyewitness accounts of these pre-dawn attacks on Maiduguri,” said the BBC’s Will Ross, reporting from Lagos. “The lack of clarity is not helped by the fact that the mobile phone networks have been switched off for months. We are told only two military personnel were injured – an extremely surprising statement given that these co-ordinated attacks on the city’s air base and other military barracks lasted for hours and left buildings as well as aircraft destroyed.

“In recent months most of the violence has been in rural areas and Maiduguri had seemed far safer than it used to be. But this attack right at the heart of the military is an embarrassing setback and ought to lead to tough questions over security lapses.”

The attack also raises questions over the Nigerian response – and whether a major military offensive is really the most effective way to deal with Boko Haram.

Admittedly, there are no easy solutions to the Boko Haram problem, and the government must do something. The militant group remain one of the most deadly organisations in Africa, responsible for more than 1,600 civilian deaths in the last four years. Most recently, they were thought to be responsible for the unlawful killing of 115 people in late October and early November; a killing spree that Amnesty International said may constitute a crime against humanity.

However, the JTF has been implicated in similarly disturbing crimes.

“Human Rights Watch has documented allegations of violations against Nigerian security forces including: indiscriminate and arbitrary arrests; detention without trial; torture and mistreatment of detainees; forced disappearance of scores of suspects; and extra-judicial killings,” said Human Rights Watch’s Nigeria researcher, Mausi Segun, speaking to the Daily Maverick from Abuja. “Our research shows that most of these abuses peaked in the weeks following the imposition of a state of emergency in May until late June. Hundreds of young men arrested during raids and military screening exercises have neither been seen by family members or lawyers nor charged to court for any offence. The Borno state Specialist Hospital and morgue records from mid-May to early July show a marked increase in the number of corpses deposited in the morgue by soldiers from the military detention center (Giwa barracks) in Maiduguri.”

Nigeria, in other words, is fighting fire with fire – and, if the Maiduguri attack is anything to go by, it doesn’t appear to be diminishing the Boko Haram threat, just forcing the group to change tactics.

As Segun explains: “While until [Monday], Boko Haram’s attacks in major metropolises like Maiduguri had reduced from about early July, the group at about the same time stepped up attacks in rural towns and villages particularly in Borno and Yobe States. From our media monitoring records, we can estimate that more than 700 people have died in over 40 attacks since May 2013. Boko Haram is also abducting young women and using young boys as fighters and for intelligence gathering.”

However, Institute for Security Studies senior researcher David Zounmenou argues that the military offensive should not be written off. “It’s difficult to say if it is a success or failure,” he told the Daily Maverick. “One thing that is clear is that it shows the determination of the government to step up the game and take on Boko Haram militarily. This changes the parameters of the conflict…many insurgents have been found, many arrested, but they are dealing with a threat that is very diffuse, that doesn’t have much leadership structure or wear a uniform.”

Having said that, Zounmenou emphasises that the military approach can only work if part of a three-pronged approach that addresses some of the root causes of the problems: in addition to the soldiers, the Nigerian state must address the socio-economic conditions that produce an environment in which extremist ideology can flourish; and address the corruption and lack of transparency within the political elite which has produced a generation that feel disenfranchised, particularly in the north.

Human Rights Watch’s Segun concurs: “Human Rights Watch has consistently called on the Nigerian government to take measures to address factors that give rise to militancy not only in the north east but all over the country. These include lack of equal access to education, health and other social services; endemic government corruption; and the failure to investigate and prosecute those responsible for religious, ethnic and inter-communal violence and killings.”

It’s a long, difficult list of problems – none of which can be solved by guns and soldiers alone, no matter how major the offensive. DM