SA Open, final round: High drama on the greens

SA Open, final round: High drama on the greens 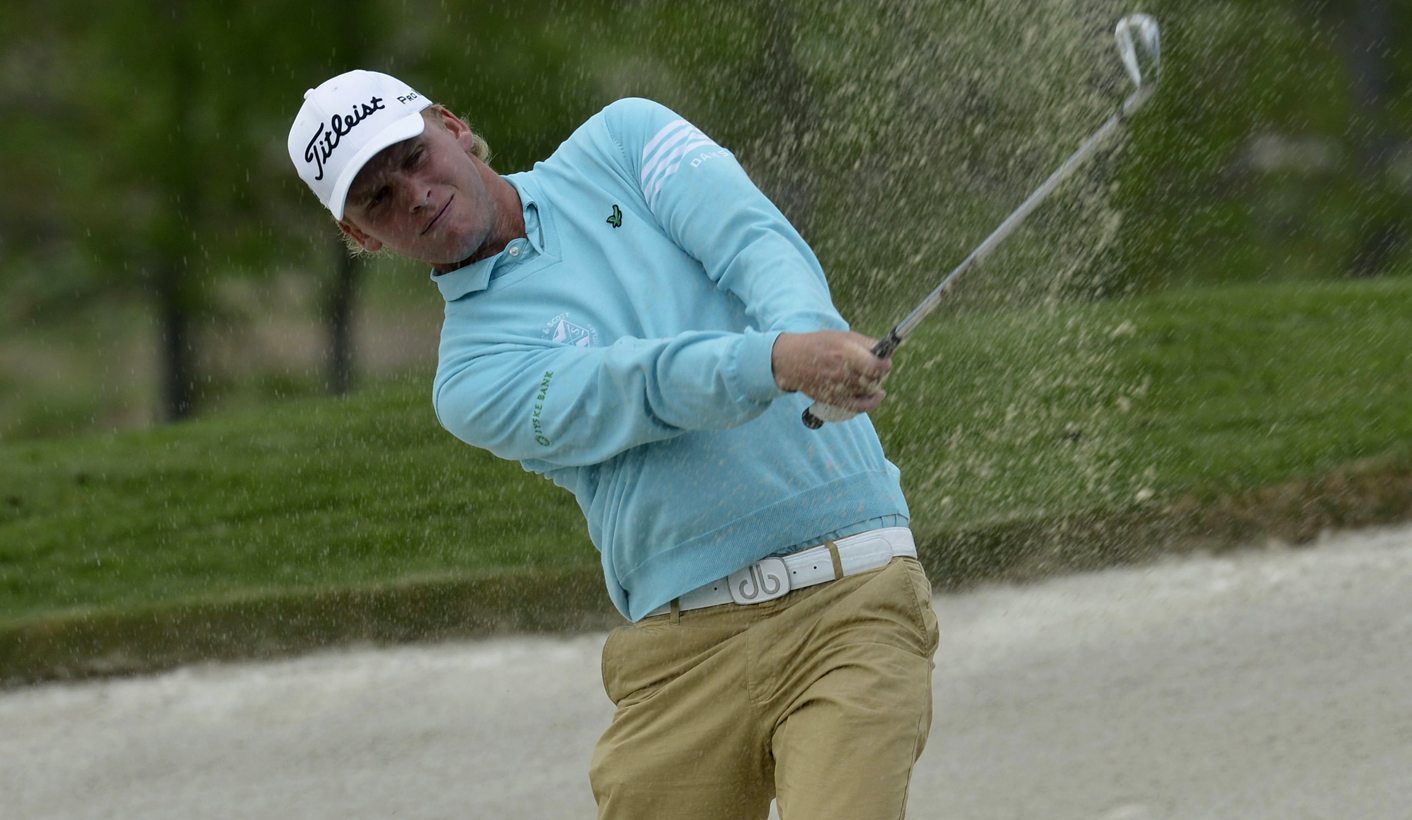 Sunday at Glendower Golf Club proved a day of redemption for Denmark's Morten Orum Madsen as he won the South African Open; but home favourites Charl Schwartzel and Hennie Otto could only contemplate hellish failure. By KEN BORLAND.

Madsen, a charming, fresh-faced 25-year-old who studied in the United States, had reason to want little children banned from the golf course after a horrifying incident occurred the last time he led a European Tour event.

It was back in May at the Madeira Islands Open and Madsen was tied for the lead on the final hole when his drive went into the rough. But he and his caddie could not find the ball where they had seen it go in and it turned out it was way deeper in the rough.

“A little kid had picked up the ball and thrown it 20 centimetres from a tree and then said that’s where he had found it. So I ended up taking a double bogey there, but it’s not like I choked or anything, it was just a lot of bad luck at one time,” Madsen explained.

Having been screwed over so badly the last time he was in contention, it’s probably not surprising that Madsen spent most of his final round not believing he could win. Which may have helped as he never gave the impression that he was pressing for victory and he completed a bogey-free round of 67 to finish on 19-under-par and win by two strokes.

That was in stark contrast to Schwartzel and Otto, who both enjoyed hot streaks and then went down in flames.

Schwartzel, the highest-ranked golfer in the field, enjoyed a one-stroke lead going into the final round and he roared out of the blocks with three successive birdies from the second hole.

But a triple-bogey six at the sixth hole, when he found the water and three-putted, and another six at the par-four 10th, via another three-putt and a close encounter with water, were major dents in his challenge that he simply could not recover from, despite three more birdies on the back nine.

The world number 22, who is yet to win his national open, was the crowd favourite and it took the galleries a while to realise Ekurhuleni-based Hennie Otto was burning up the Glendower course.

Otto picked up four birdies on a faultless front nine and followed up with three successive birdies from the 12th hole to claim a three-stroke lead with just four holes to play.

But just when the party seemed set to start for the 2011 champion, the wheels fell off.

Otto holds his temper a lot better than he used to, and thank goodness for that, otherwise it could have been small children being thrown under trees as he bogeyed the par-five 15th and then made an almighty mess of the 16th after finding the middle of the fairway off the tee, slouching off with a double-bogey.

Madsen’s hold on the trophy was tightened by birdies on the 15th and 16th holes and South African Jbe’ Kruger shot a seven-under-par 65 that was not quite enough to challenge the 14th foreign winner of the second oldest national open.

“The way Charl started, playing awesome strokes on the first four holes, I thought he was going to leave us behind. I just tried to hold on, I thought I was playing pretty well, but I didn’t expect to win.

“And then unfortunately Charl had some misfortune but I still had to catch Hennie Otto. I didn’t think I could win until those birdies on the 13th and 15th, when I thought I could make a playoff.

“But then I hit a really great wedge into 16 to a foot or two and on 17 I found out that I was two ahead. I can’t describe that feeling!” Madsen said.

Kruger and Otto finished on 17-under-par in second place, while Italian Marco Crespi, a Tour School graduate for only the third time on 11 attempts, announced himself on the European Tour with four solid rounds that saw him finish on 16-under-par, tied for fourth with Schwartzel.

While Otto will be furious with the way he let the title slip, at least he already has his name on the trophy courtesy of his 2011 win at Serengeti.

Schwartzel has no such compensation and he will be rueing some awful putting. He had planned to perfection a strategy to win on the classic parklands layout, but in the end even the best-laid plans can come to ruin on the greens. DM

Photo: Morten Orum Madsen of Denmark plays from the bunker at the 6th hole, during the first round of the Nordea Masters golf tournament at the Bro Hof golf club, north of Stockholm May 30, 2013. REUTERS/Jonas Ekstromer/Scanpix Sweden