Springboks should expect a torrid French pushback in Paris 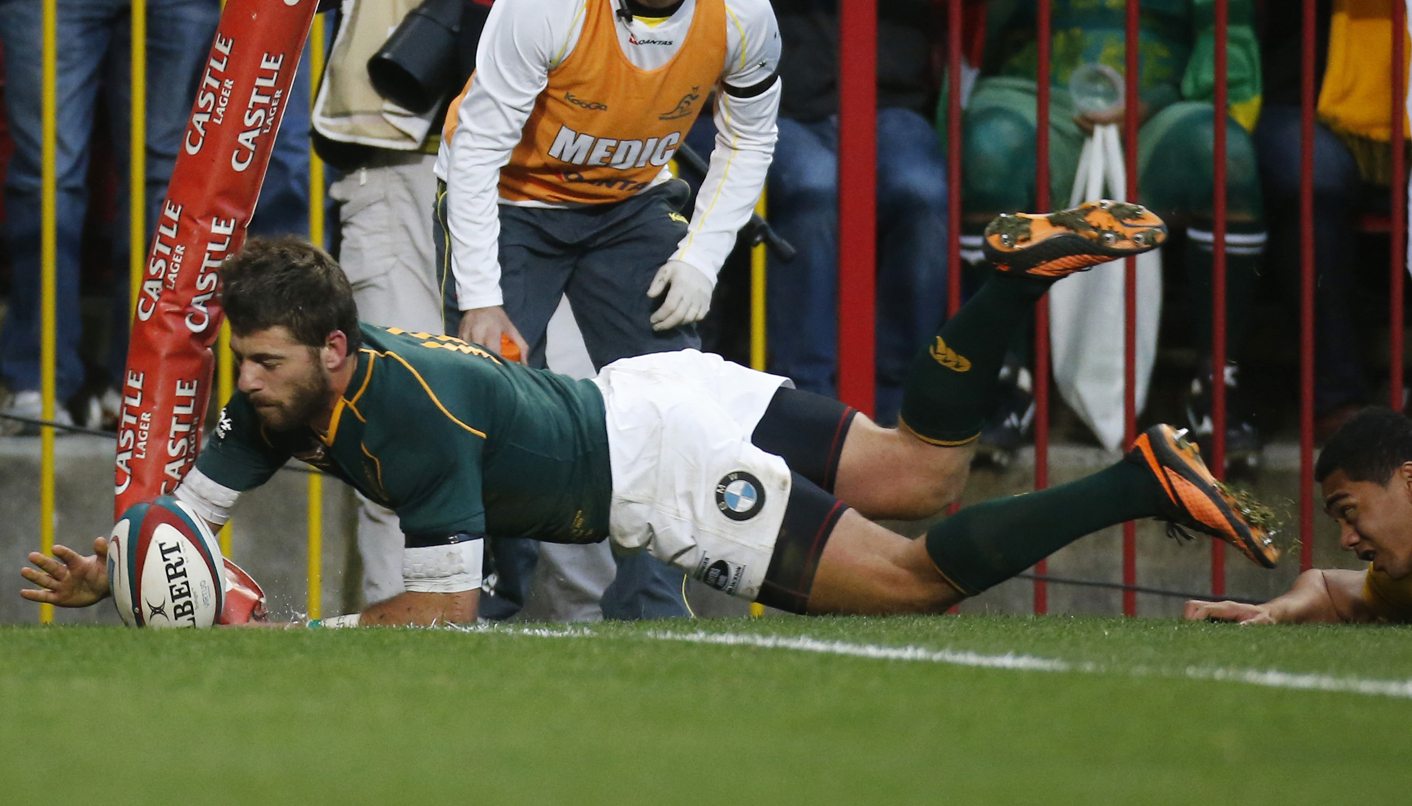 More than 15 years have passed since the Springboks last beat the French in France, so nobody should underestimate the task Heyneke Meyer's team face as they look to end a successful year as the undisputed number two side in the world, behind the All Blacks. By KEN BORLAND.

While South Africa have lost only two of their 11 Tests this year, both defeats coming at the hands of New Zealand, France have endured a miserable 2013 in which they have suffered the reverse record, winning just twice in 10 games.

But they are a much better side than that, as they showed in pushing the All Blacks hard before going down 19-26 two weeks ago at the Stade de France.

Nothing gets the French team’s blood going more than the prospect of taking on the All Blacks or Springboks, and Meyer’s side can expect a torrid evening.

They’re going to have to get stuck in on a freezing Paris night against a French pack that is formidable and boasts some real stars in front-rowers Dimitri Szarzewski and Nicolas Mas, lock Pascal Pape and flanks Thierry Dusautoir and Yannick Nyanga.

The French will not be holding back as they look to defend their proud home record against the Springboks, and anyone with a knowledge of rugby in France will know that the passions are often inflamed to such an extent that the line between physicality and dirty play is crossed.

South Africa certainly have the physicality to match the French and they will want to be the more composed, accurate side on Saturday night. And they will back themselves to win the tactical kicking battle with Morne Steyn back at flyhalf, scrumhalf Ruan Pienaar also having a strong boot and Bryan Habana, JP Pietersen and Willie le Roux all well-versed in the importance of the territory game.

The lineouts and scrums will also be key factors and the Springboks will want to perform like they did in the lineout in the first half against Scotland, and not as they did after the break when Bismarck du Plessis struggled with his throwing.

The scrum is an area where France are particularly strong and there will be plenty of pressure on Coenie Oosthuizen, starting for the first time at tighthead, a position not everyone is convinced he should be playing.

South Africa’s loose trio of Louw, Alberts and Vermeulen have been immense this year, operating like a pack of dogs as they harass the opposition defensively and gain plenty of momentum on attack.

Fourie du Preez’s arrangement to return home from the tour has provided Pienaar with another start and the expected dogfight should suit his style of play. His slow service might not be as much of a handicap, while his boot and defensive prowess are definite positives.

While his strategy will definitely be to subdue the French up front first, Meyer will still want his side to use good attacking ball in clinical fashion, and his selection of Le Roux at fullback shows that he recognises how tries can make all the difference in a tight game. New Zealand only saw off the French thanks to two moments of magic by wing Charles Piutau that led to tries.

Captain Jean de Villiers will have to drag his battered body out on to the field for one more huge defensive test as French centres Wesley Fofana and Mathieu Bastereaud are a potent threat.

Meyer has long been a spokesman for structured, tactical rugby and, against a French team that thrives on emotion and playing off-the-cuff, it could be just the game plan to frustrate and derail the home team. DM