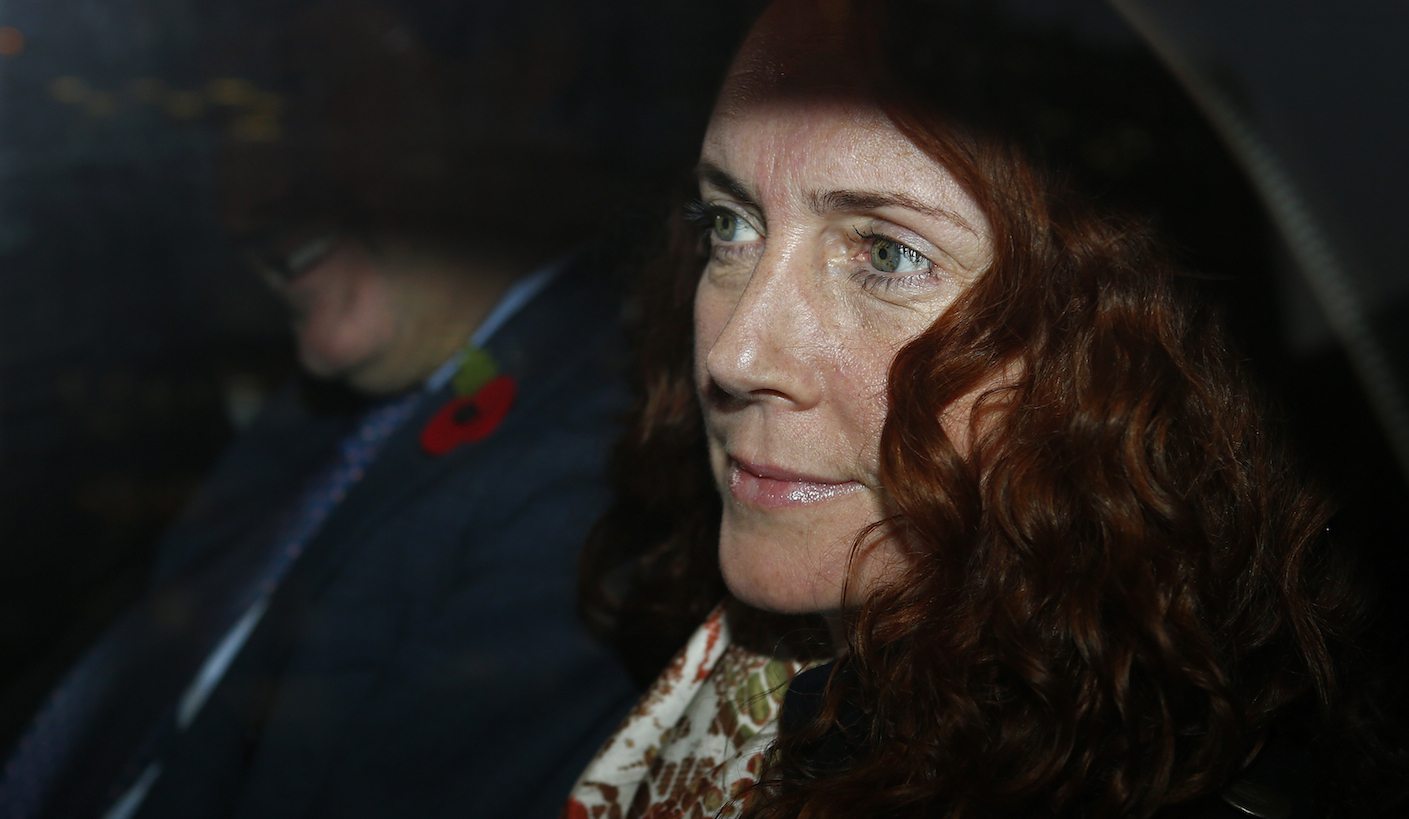 Recordings of hacked voicemail messages from then British Home Secretary were found in the safe of the top lawyer at Rupert Murdoch's British newspaper arm, the trial of two of his former editors over phone-hacking was told on Thursday. By MICHAEL HOLDEN

The messages from David Blunkett, in charge of policing and security as Prime Minister Tony Blair’s interior minister at the time, were hacked from the phone of his lover in 2004, London’s Old Bailey central criminal court heard.

Audio recordings of the messages, transcripts and drafts of stories that would later appear in the News of the World Sunday tabloid were discovered in the safe, said a detective involved in the inquiry into the illegal tapping of mobile phone voicemails at the paper.

They also stand accused of making illegal payments to public officials and Brooks of perverting the course of justice. Five other former News International staff and Brooks’s husband are also on trial.

The prosecution said details of the Blunkett hacking were found at the house of Glenn Mulcaire, a private eye who worked for the News of the World and was convicted of phone-hacking in 2006.

Police reopened their inquiry in 2011 and the court was told 330 recordings of messages left by David Blunkett had been found, with all the messages which he left on the phone of his married lover, Kimberly Quinn, discovered at News International.

Detective Constable Tim Hargreaves told the court the material relating to Blunkett was found in the safe of Tom Crone, the company’s former chief legal advisor.

Two draft stories were also in the safe, the court heard. One referred to Blunkett and his lover, Kimberley Quinn, by the codenames Noddy and Big Ears, characters from a children’s book, while the other had their real names.

The safe also had a birth certificate of Quinn’s child. Brief extracts of what prosecutor Andrew Edis said were News of the World transcripts of voicemails were read to the jury of nine women and three men. “You are breaking my heart,” Blunkett said in one.

“(They were) deeply personal and intrusive messages,” Hargreaves said.

The court was then played an audio of a long meeting of Coulson, then News of the World’s editor, confronting Blunkett and trying to get him to confirm the affair which he said they knew had lasted three years.

“It is based on extremely reliable sources,” Coulson is heard telling Blunkett. “I am not able to lay out clear cut evidence but I believe it to be true. I’m not trying to blag a story from you.”

Edis told the jury that there was regular contact between Coulson and Brooks before and after the meeting with Blunkett.

The trial, which is expected to last six months, continues on Monday. DM