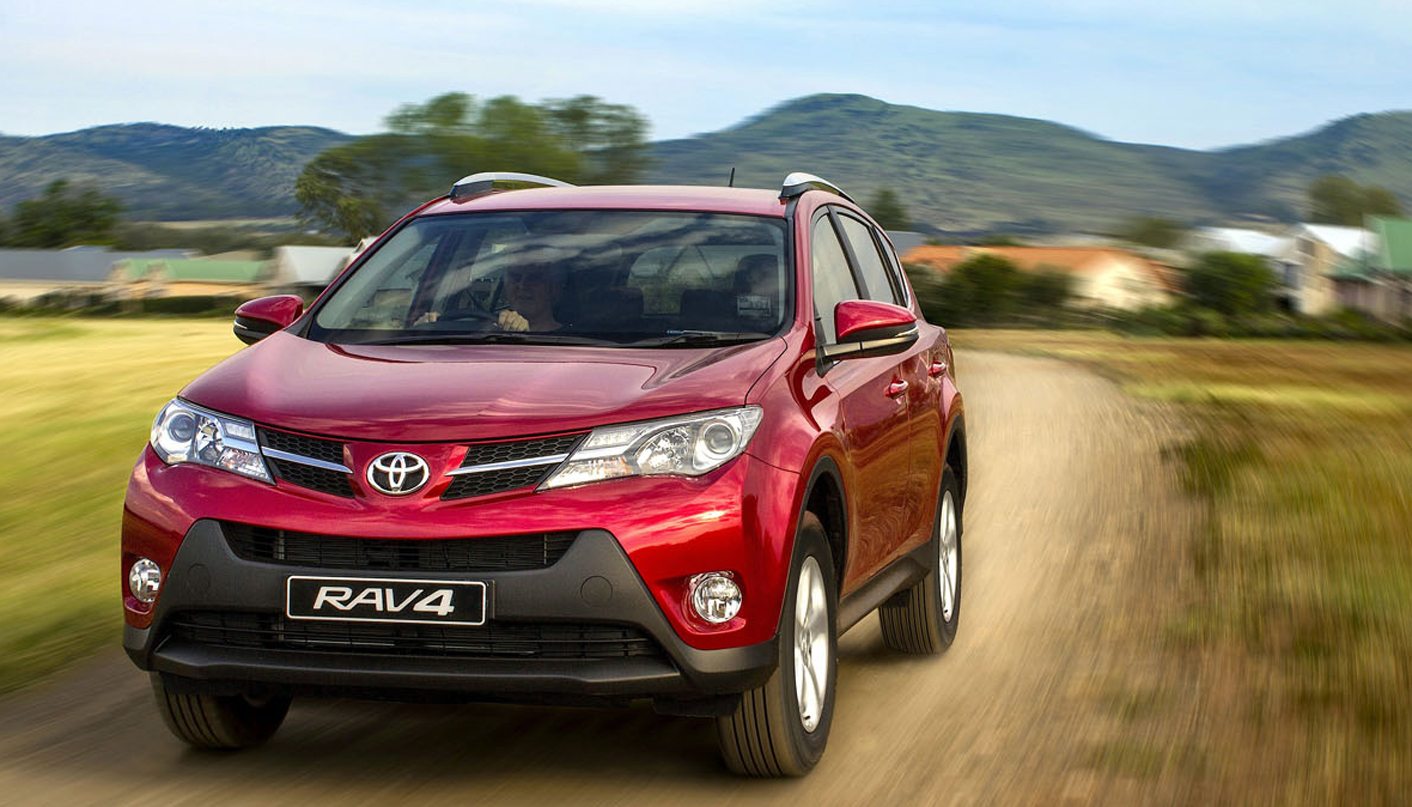 It’s hard to believe that there was a time when sport utility vehicles were more utilitarian than sporty, when 4x4s were true go-anywhere workhorses rather than show-off kerb-crawlers, and lifestyle motoring was a bonnet stripe and a set of shiny wheels. It’s even harder to believe that it took a Toyota to change all that … By DEON SCHOEMAN.

In the mid-1990s, Toyota introduced a new compact lifestyle vehicle that would take the South African market by storm. The bulbous, almost toy-like all-terrainer was offered in short and long-wheelbase versions, and carried the RAV4 badge.

That original RAV4 was one of the very first compact SUVs to reach local shores – and at the time, it was an incongruous counterpoint to Toyota’s much larger, traditionally gung-ho 4x4s. Next to those huge Land Cruisers and raised-body Hiluxes, the RAV4 looked cartoonish and, frankly, more than just a little girly.

No wonder then that those first little RAVs found a ready and willing stream of female buyers, which was good for sales, but also typecast the little crossover as an urban runabout with little in the way of all-terrain ambitions.

Two decades later, the latest RAV4 is far cry from the tiny original. It’s become a much more grown-up vehicle in both dimension and intent, and just as well: it now competes in one of the new vehicle market’s most crowded segments.

Today, compact SUVs are an abundant species: Kia Sportages and Hyundai iX35s sell in their hundreds, while almost every brand imaginable has a contender: from the sober VW Tiguan to the spacious Honda CR-V, from the stylish Peugeot 4008 and the funky Ford Kuga to the serious Land Rover Freelander.

In fact, it would be true to say that the compact SUV has taken over from the traditional station wagon as the SA family vehicle of choice. South Africans like the taller stance and the elevated view it provides. And they love the spacious, configurable and versatile cabins.

Let’s not forget that many of these small SUVs are aspiring all-terrainers that add some form of all-wheel drive their extra ground clearance. Truth be told, for most, the most likely application of this extra capability will be to cope with our increasingly potholed, rutted roads – but it does add to the overall versatility.

So, where does the new RAV4 fit into this mix? In segment seniority terms, it is one of the leading players, selling 300-plus a month – proof that having been there first has certainly kept the RAV4 at the sharp end of the sector. And then, of course, it is a Toyota.

Not that brand equity and nameplate awareness are enough to cut it in a competitive segment. The product itself has to live up to expectations – and the good news is that the RAV4 does just that.

This latest version is not only largest RAV4 to date – it’s also arguably the most attractive. Gone are the soft edges and rounded contours, replaced by a shape that’s keen and even aggressive, with tapered headlights, a slanted grille and an integrated front bumper. The rear is even more unusual, with protruding tail light clusters that add a visual edge to the design.

Chiselled style lines, angular roof rails and scuff-resistant black finishes for the sills the rear apron and the front valance add a welcome sense of purpose. Anybody who considered the previous RAV4 models frivolous will have to think again.

The good news continues inside the RAV4. The city-slicker cabin places the emphasis on comfort and convenience, with tidy, lucid ergonomics. Clear instrumentation and intuitively positioned switchgear ensure that there’s nothing intimidating about piloting this Toyota.

While the version under the spotlight here is the mid-spec GX, the standard kit array is fairly comprehensive: air-con, remote central locking, multi-speaker sound, electric windows and mirrors … the list goes on, and on. One glaring omission is cruise control – disappointing in a vehicle costing R365 000-plus.

The seats are cloth-upholstered (more comfortable than leather), and there’s plenty of room front and rear. In fact, sitting on the rear bench seat, the RAV4 feels bigger than its exterior suggests. The boot is generous at 476 litres, despite the intrusive cover of the full-sized spare wheel. The rear bench seat folds down completely to create a huge, flat-floored cargo space when required.

As for safety, the RAV4 gets a full suite of active and passive systems, ranging from seven airbags to ABS brakes with EBD and EBA, vehicle stability control, and even hill start assistance and park distance control.

Under the bonnet of this particular derivative is Toyota’s 2,2-litre D4-D turbodiesel engine, mated to a six-speed manual gearbox. The engine is good for 110 kW of max power, which is adequate but hardly class-leading, while a flat 340 Nm torque peak ensures decent midrange tractability.

For those who prefer petrol power, or more luxury, there’s the 2,5-litre VX flagship. However, the test vehicle’s turbodiesel makes more sense from an economy perspective, and delivers useful grunt on steep inclines or when the going gets rough.

The 2.2D GX can only be ordered with a six-speed manual gearbox, and it’s a good match for both the engine, and the all-wheel drive system. It automatically distributes torque between the front and rear axles, depending on how much traction is on offer.

A 4×4 lock mode will split the power delivery evenly between the front and the rear axles, while conversely, there’s a sport mode for those who prefer crisper throttle response. And yes, there’s an underlying sportiness to the RAV4 that comes as a surprise.

After an initial bit of turbo lag, the Toyota soon builds up a decent head of steam, and in fact will post a sub-10 second zero to 100 km/h sprint time when pressing on. Top speed is a respectable 190 km/h, but the RAV4 will happily cruise at the legal limit almost regardless of terrain or conditions.

The RAV4’s road manners are more car-like than expected, despite its raised stance. The driving position is elevated, yes, but the Toyota feels wieldy and responsive. The steering is over-assisted and could do with more feedback, but at least it’s reasonably direct. Body lean is surprisingly well contained, and there’s an unexpected tautness to the ride that benefits cornering stability, but can compromise ride refinement.

That’s particularly prevalent on bumpy, rutted gravel, where the dampers seem to lack sufficient give, so that the ride becomes crashy. Traction is good on dirt and sand, with the all-wheel drive system adding grip and composure on the rough stuff. The only real blot on the RAV4’s all-terrain copybook is the disappointing 160 mm ground clearance.

Back in 1994, the RAV4 was considered with no small measure of suspicion. Frankly, nobody took it that seriously. As it turns out, that comical compact SUV played a pioneering role in creating a segment worth thousands of monthly sales locally.

Now in its fourth generation, the latest RAV4 remains a key player in the segment that the original version pioneered. It’s more contemporary and more urban warrior than ever. It’s also larger, with plenty of space for families and their luggage.

But most of all, it convincingly expresses that special mix of practicality, versatility and driving appeal that marks the best of the compact SUV breed. It certainly has the pedigree. DM