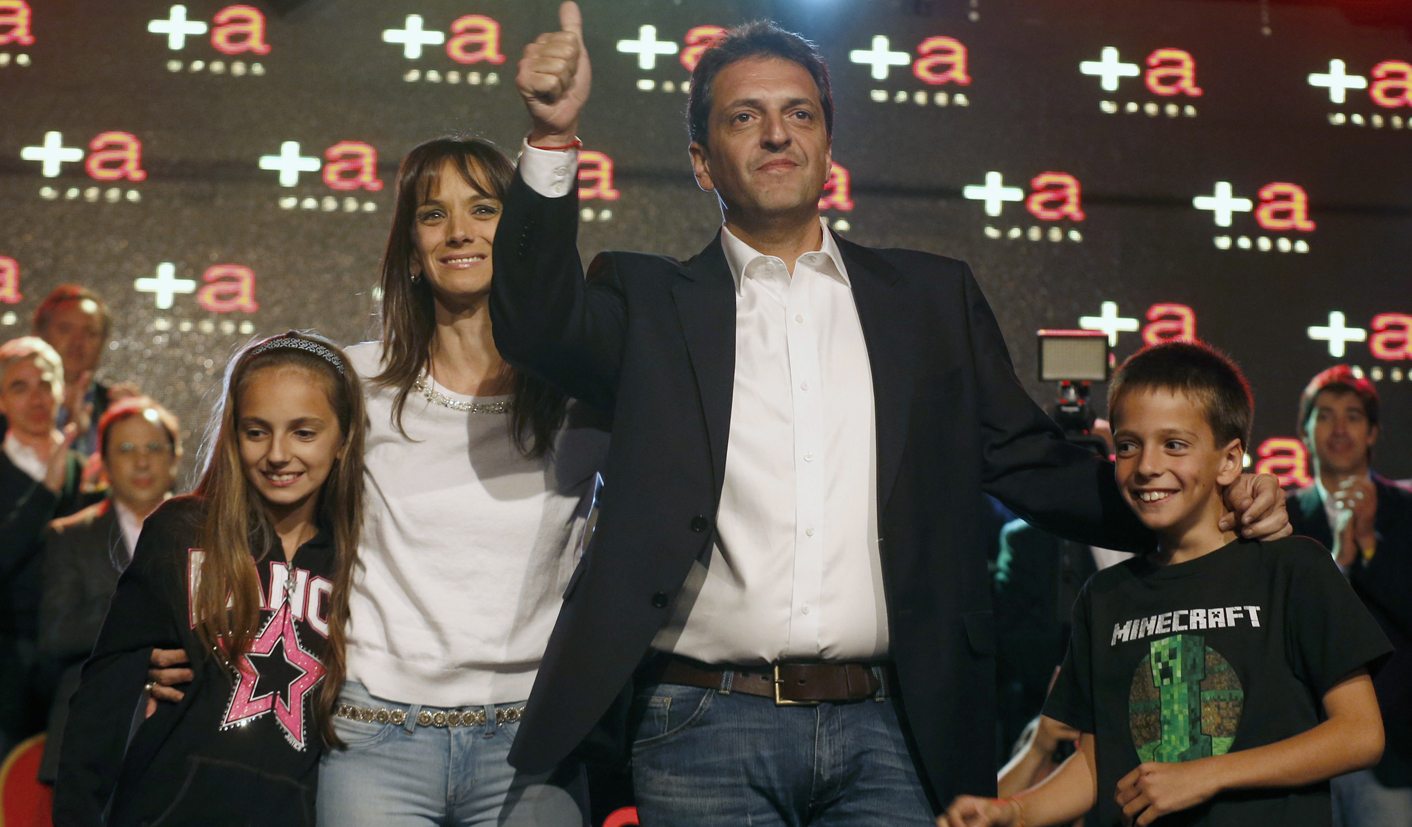 President Cristina Fernandez's government sought on Monday to downplay a sobering defeat in Argentina's mid-term elections, asserting that its ability to govern has not been diminished even though voters shrank her majority in Congress and erased her chances of seeking a third term in 2015. By Anthony Esposito and Alejandro Lifschitz.

The government’s coalition took a beating in Sunday’s elections, leaving her with only a slim majority in both legislative chambers.

Some legislators had said they wanted a constitutional amendment to allow Fernandez to run for a third term. But the poor showing by her branch of the Peronist party dashed those hopes once and for all – effectively kicking off the contest to succeed her in 2015.

Argentina could face some political uncertainty following the poor election showing by her allies and the questions surrounding Fernandez’s health since an Oct. 8 operation to remove blood that pooled on her brain. She also suffers from a heart ailment.

Fernandez was unable to campaign for her congressional candidates after the operation. She is expected to continue convalescing for at least another week, according to her doctors.

With half the seats in the lower house of Congress and a third of the Senate up for grabs, the government’s coalition garnered around 33 percent of the votes nationwide on Sunday, 20 percentage points lower than what Fernandez got when she was re-elected in 2011.

Analysts say the government could start to lose allies and legislators could defect to opposition parties, as is common in Argentina when the incumbent has no chance of re-election.

“We think (the government’s majority) is vulnerable to erosion due to defections as politicians position themselves ahead of the next presidential election in 2015,” Credit-Suisse’s Casey Reckman said in a research note.

In the absence of Fernandez, known for micro-managing her cabinet and concentrating power in the president’s office, vice president Amado Boudou has temporarily taken over public duties. But he wields little real power and cabinet members have started to show the strains of an internal struggle over who is to make decisions, especially on the economic front.

“Nobody knows where the power is today, who holds it. The axis of governance in the short term has to do with knowing when the president will come back and with where the axis of power is now,” political analyst Mariel Fornoni said.

A small number of ministers and high-ranking public servants – running the gamut on economic schools of thought from protectionism to neo-liberalism – advise Fernandez on how to manage the economy.

Under Fernandez, who was first elected in 2007, protectionist trade policies, currency controls and heavy regulation of the country’s key grains sector have helped put Argentina at odds with international markets.

Kirchnerism, the self-styled politics of Fernandez and her late husband, former president Nestor Kirchner, “has been up against the ropes for a while now,” economist Nader Nazmi of BNP Paribas bank said.

Opposition leader Sergio Massa, the mayor of the affluent Buenos Aires town of Tigre, easily beat Fernandez’s hand-picked candidate in the Buenos Aires province, home to around 40 percent of Argentina’s voters and most of the country’s agricultural output.

He headed his own list of candidates for Congress and is seen as a possible business-friendly presidential contender in 2015.

“Massa was very careful about not explicitly mentioning his presidential intentions during his victory speech, but his carefully drafted speech was probably the most presidential of all,” said analyst Mauro Roca of Goldman Sachs.

“With a conciliatory tone, he committed himself to work on issues such as poverty and inflation which matter more to the electorate, and to cross the boundaries of the province of Buenos Aires.”

Fernandez put the issue of helping the poor at the top of her agenda, but generous welfare programs and other state subsidies, along with currency controls, have also fueled runaway inflation, clocked by private economists at some 25 percent annually. Sharp rises in consumer prices take the heaviest toll on lower-income households.

The ruling coalition also lost by wide margins in another four of the country’s most populous districts: Cordoba, Santa Fe, Mendoza and the city of Buenos Aires. DM

Photo: Sergio Massa, mayor of Buenos Aires’ Tigre, his wife Malena (2nd L) with their children Milagros (L) and Tomas (R) celebrate after the results of the legislative elections in Buenos Aires October 27, 2013. Argentine leader Cristina Fernandez de Kirchner’s allies took a beating in Sunday’s midterm election, shrinking her congressional majority, snuffing out chances of a constitutional change to allow her a third term and kicking off the contest to succeed her in 2015. REUTERS/Enrique Marcarian