Farewell to the Grande Dame

Farewell to the Grande Dame 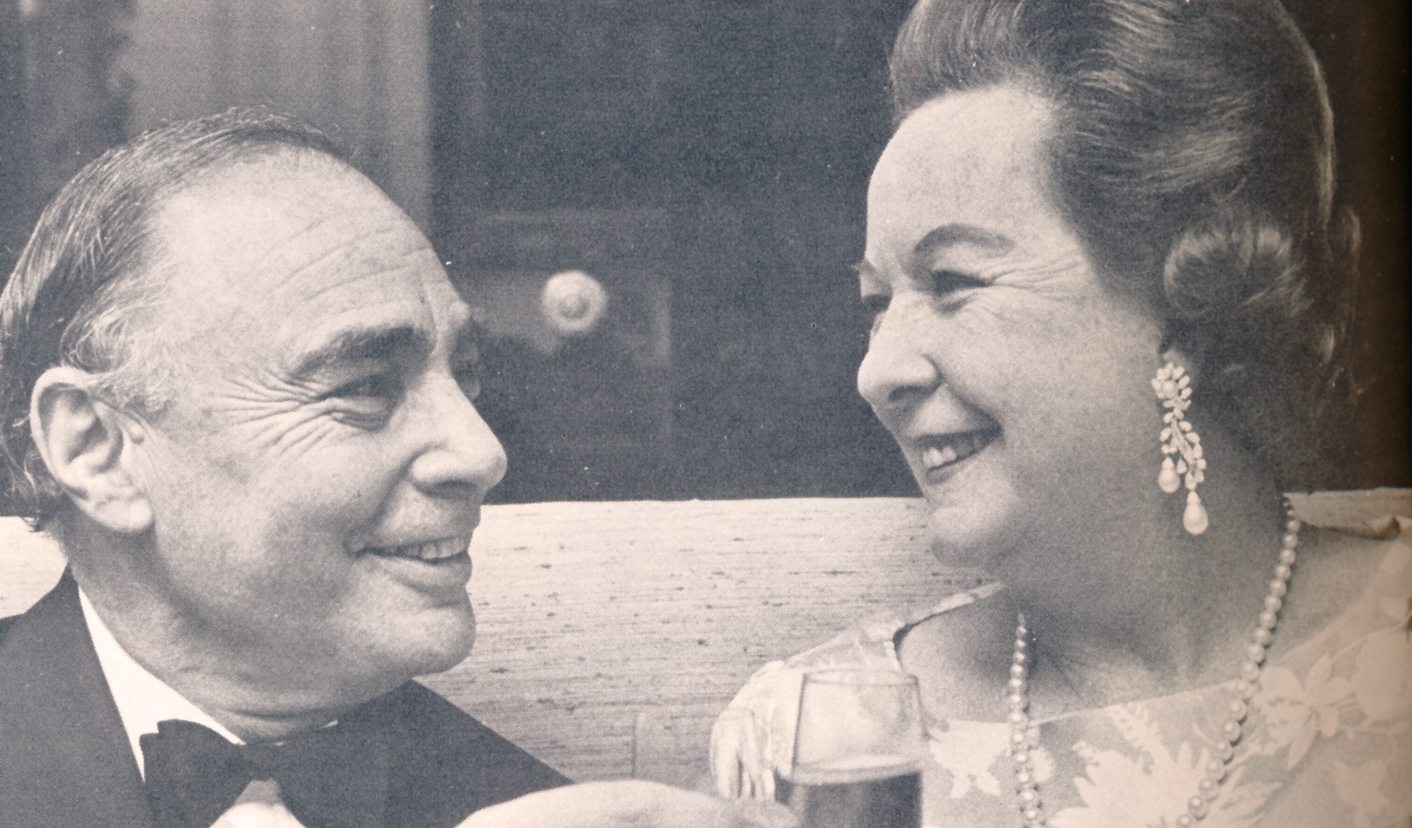 Bridget Oppenheimer, for decades the matriarch of South African high society, passed away earlier this week. KALIM RAJAB mourns the death of one of the last great society personalities, and remembers the impact she made on his life.

As President of South Africa, Nelson Mandela was loved as much for his disarming manner as for his ability to treat all alike. He famously turned up at Buckingham Palace wearing his bold Mandela-shirt, greeting the Queen with the words, “Hello, Elizabeth!” Such informality in the face of tradition and stuffiness was legendary, and much loved. But even Madiba knew where to draw the line. As he would later recount with glee, there was one particular hostess whom even he dared not call by her first name – or risk incurring her ‘wrath’ of by failing to observe the dress code for dinner. “She rung off by saying, ‘And Nelson- wear a tie!’… and I did!”

That hostess – the Grande Dame of South African society – was Bridget Oppenheimer, and the story was one about which Madiba would laugh for many years after.

Bridget Oppenheimer, who passed away on Wednesday in Johannesburg at the age of 92, was probably the last of the great society personalities who were a feature of our country for so many years. The Oppenheimers are the great dynastic family which South Africa has produced – evoking strong attitudes in some quarters, but, as Tim Cohen has noted, a family who has acted over the years “with great intelligence, respectable ethics and formidable decency in the face of some of the most indecent regimes in the planet”. Bridget’s late husband Harry was for several decades one of the world’s leading industrialists, helping sustain South Africa as a global mining leader, and in their day ‘The O’s’ were the closest we had to royalty.

With her passing comes the closing of a chapter of our history; a chapter whose final sentences were inked some time ago now and which may now seem quaint. Actually, quaint as well as colonial – and, bearing in mind how far our country has since come, fairly politically cautious. All this is true. But for its day it was a chapter of remarkable graciousness and, as Mandela himself observed, of politically courageousness.

Ostracised by the apartheid government for their liberal attitudes and their bankrolling of the white opposition political party (spearheaded by Helen Suzman), Harry and Bridget Oppenheimer nevertheless exuded a royal charm as they held court at their Brenthurst estate. For all their fabled wealth, theirs was not a court of ostentation, or white privilege. Rather, what set it apart was the high degree of culture and refinement. And for many in the Commonwealth with whom they interacted – from the Queen, to African Prime Ministers, to the world’s finest poets and artists – the Oppenheimers were South Africa.

As times have changed, and the family moved their interests beyond South Africa, some of the mystique surrounding them as well as their influence has receded in the country. But the Madiba tale spoke volumes of the enormous respect which the family, and especially Bridget Oppenheimer, still commanded. Even the Queen herself was reported to have discreetly inquired about “what Mrs Oppenheimer would be wearing to the races,” no doubt to ensure that their outfits didn’t clash on race day!

And it was at the races that Bridget Oppenheimer left her most indelible mark. She’s been called the First Lady of Horseracing, after an unsurpassed tally of 6 Durban Julys and many other prestigious wins. If for many years the Oppenheimers were South Africa, then her colours of the yellow and black similarly were South African racing.

For me, the passing of ‘Mrs O’ has great personal sadness. It was only through her direct intervention that I was granted a family scholarship to study overseas – a scholarship which opened up so many avenues for me, a scholarship which changed my life. I first met her as a shy teenager, nervous at encountering such a formidable presence. Despite her considerable power and influence, she graciously worked out an area of common interest – cricket – and for the next 10 minutes or so, was indifferent to the attentions of others as she asked for my thoughts on an upcoming Proteas tour. From then on, she would make it a point of finding out from my mother how I was getting on at school – and more importantly, on the cricket team.

Photo: Bridget Oppenheimer on her 90th birthday, flanked by Douglas Saunders and Devi and Mamoo Rajab

Years later, when her scholarship allowed me to study in England, she would periodically invite me to her apartment in London for dinner. These of course were no ordinary dinners. Once I was seated next to a former Governor of the Bank of England, and on another occasion I found myself in conversation with one of the world’s most famous dress designers. I had no idea why she would even consider having me amongst such a luminous gathering. Somehow, I think, she must have discerned a flicker of something worth developing. Despite being a lowly student and unschooled in the ways of the global elite, throughout she adopted an amiable tone as she guided me through my awkwardness. What she was teaching me then, and which she continued to teach me in the years after that, was that regardless of the audience, no-one should be afraid to speak their mind, as long as they spoke with conviction and with reasoning. It is a skill which I learnt in great degree from her.

Later still, when I began to work in the company which the family had headed for close on a century, I remember being touched by her handwritten note to wish me well – a simple act of kindness which was generous as it was unexpected. I last spoke to her about 2 weeks ago, as she tried unsuccessfully to recover from a lingering illness. These were the sad times, as it became clear that she was struggling more and more.

In looking back on her life, were this to be an American movie no doubt a brash Southerner would be moved to exclaim, “Man! What a dame!” The sentiments are not far off.

Godspeed, Mrs O, and enjoy your afternoon martini in the heavens. DM