No balls, no spine: ICC lets cricket down in the CSA-BCCI saga 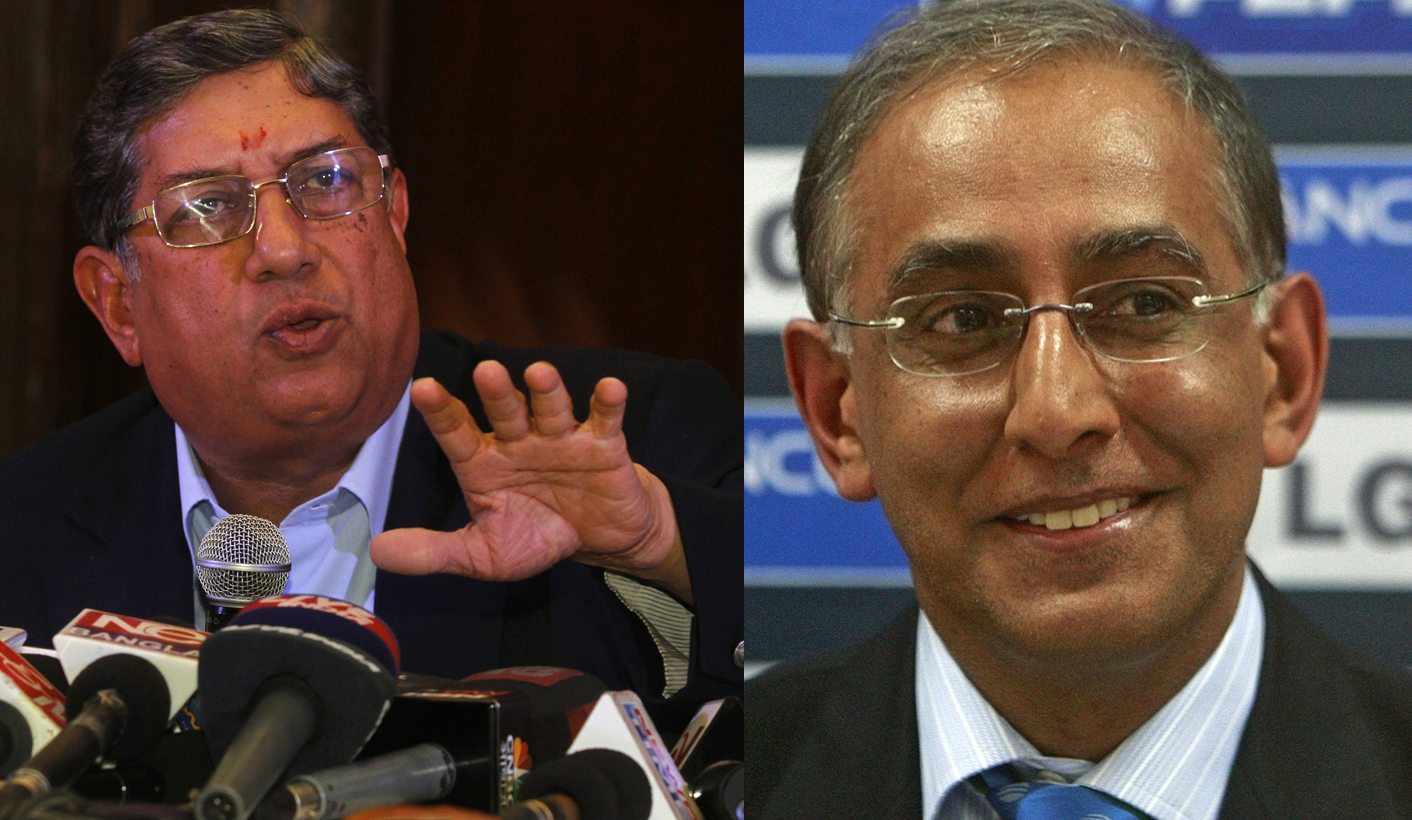 While the BCCI has throttled CSA into submission, the ICC has stood by and watched. The world’s governing body is a major accomplice in the death of what would have been South Africa’s premier cricket summer. The ICC has let cricket and cricket fans down tremendously by not intervening in the CSA and BCCI saga. By ANTOINETTE MULLER.

The murmurs which have been circling for months have finally elevated into an echoing reminder of who rules world cricket. Cricket South Africa and the Board of Control for Cricket in India have finally revealed that there will be a summer tour, only it will be severely truncated. It’s not so much an agreement as it is CSA conceding and being forced to agree because money talks. The tour, which was originally scheduled to have two T20s, seven ODIs and three Tests, will now simply consist of what is required as the bare minimum from the ICC: two Tests and three ODIs.

Ah, the ICC. That omnipresent governing body which is so inept in its governance that it could challenge certain departments of the SA government for the title of “most useless administrators” of the year.

Right from the start of the saga, when the BCCI voiced its concern around the fixtures, saying it was not consulted – while CSA countered and insisted it followed protocol – the ICC has done nothing but find new and creative ways to wash its hands.

The ICC, according to one of the points on its mission statement, will aim to “provide targeted support to its members” while its values say the organisation is guided by “fairness and integrity, accountability, and commitment to the global game and its great spirit”.

These are not little nuggets of information hidden away in a secret document somewhere; the text is right there on the ICC’s “About” section, on its website, for all to see. But the organisation has failed in so many ways. If providing targeted support to members is one of its mission statements, intervention should have been the first port of call when the BCCI voiced its concern about the schedule in July. A mediation between the two sides could have prevented a lot of unrest, and while it’s unlikely that a full-blown tour would ever have gone ahead, CSA held the aces in terms of confirmation and negotiation.

The Daily Maverick understands that there were exchanges between the two parties prior to the release of the fixtures, and former head of the ICC’s legal department David Becker has also weighed in on the saga. He was consulting as one of CSA’s lawyers. He has since  revealed that he quit the ICC because he could “no longer reconcile his own values as a person and a professional with what he was witnessing at ICC board level”, according to a report in Sportlive.

Becker has further revealed the formal, unequivocal and unanimous ICC board resolution approving the current FTP schedule, including three Test matches and seven one-day internationals between India and South Africa. The BCCI has blatantly disregarded that and, although the FTP in itself is not legally binding, exchanges are. For the ICC to have allowed one of its members, arguably the most powerful of them all, to completely ignore these discussions is not only questionable governance, it is bordering on being improper.

As far as the ICC’s accountability values go, they have not taken any. Instead, they have allowed a bullish and unruly teenager who has been going around threatening to steal the nerdy kid’s lunch money to win – with the opponent being publicly humiliated to boot.

CSA’s hands were tied to an extent. To stand up to the BCCI and reject their paltry offering would have been the courageous thing to do, but money trumps courage when it comes to the land of sport. The loss CSA would have incurred by deciding to cancel the tour would have been tremendous and that loss would have filtered down into other avenues of their structure. Development and the provinces would have suffered most from the loss, but their nationally contracted players would have been hit. There will still be a loss and the South African Cricketers’ Association have expressed their disappointment at the so-called resolution. Supporters of the BCCI might simply suggest that one should not “hate the player, but hate the game”.

That game is hated. Such is the outrage from the South African public that many have threatened to boycott the tour. Although a loss in ticket sales will hardly hurt the BCCI or CSA in terms of revenue, the consensus amongst spectators seems to be that some sort of integrity of the game needs to be reserved and empty stadiums are a way to get their point across that they do not approve of the BCCI’s bullyboy tactics.

A truncated schedule isn’t all CSA has had to sacrifice in order to ensure they get something out of the summer. CEO Haroon Lorgat will be suspended in dealing with matters relating to both India and the ICC, while an independent investigation is launched into allegations against him pertaining to his part in the comments and media statement released by Becker.

Lorgat withdrew himself from representing it at the ICC’s Chief Executives’ Committee (or from acting in any other ICC-related matters). Although this only became clear later on Tuesday, following a press release from Cricket South Africa stating so. The initial comment from CSA was that they had ordered the withdrawal of Lorgat from the above-mentioned duties.

The investigation, launched by the ICC, relates to Lorgat’s role in a statement which Becker, the ICC’s ex-head of legal, issued, saying that the FTP is actually legally binding (and various other comments).

Concerns were raised at the ICC Board meeting in London over the weekend by various parties over Lorgat’s involvement in the release of the statement, with the BCCI reportedly being one of the strongest proponents of the notion. The ICC responded almost immediately and those who err on the darker side of cynicism might view this as evidence of the ICC being lapdogs of the BCCI.

N Srinivasan, who rules the BCCI, remains in power. The IPL, which is administered by the BCCI, remains under investigation by an inquiry panel set up by the Supreme Court, following an on-going match-fixing saga which emerged from the Indian Premier League. Of particular interest to the Supreme Court is the franchise owned by Srinivasan, the Chennai Super Kings. He was cleared by the Supreme Court of India to resume his duties as BCCI president, but there is still another investigation and the ICC have showed absolutely no interest in interfering in something which seems significantly bigger than Lorgat’s role in a former employee’s comments.

Those comments have already been refuted by Lorgat, who expressed his surprise upon reading of them. The saga and the soap opera drama seems to be never-ending.

CSA are no angels, of that there is no doubt. Their recent history has been tainted and that mistrust around their conduct exists, which is understandable. However, in this case, they had little choice, and although their choices will be criticised as being spineless, they’ve managed to salvage at least some sort of business, even if it has come at the price of risking their reputation yet again.

The BCCI deserve a mountain of criticism for their conduct, but in the greater scheme of things, they are nothing but a symptom which has cropped up as a result of cricket being run by unprincipled “yes men”. The ICC, along with the BCCI, have slapped cricket and its fans in the face, and there is no chance of either side showing any remorse or even taking just an ounce of responsibility any time soon. DM