Cleaning the Pope’s Bank: The Vatican’s dirtiest corner gets a spit-shining 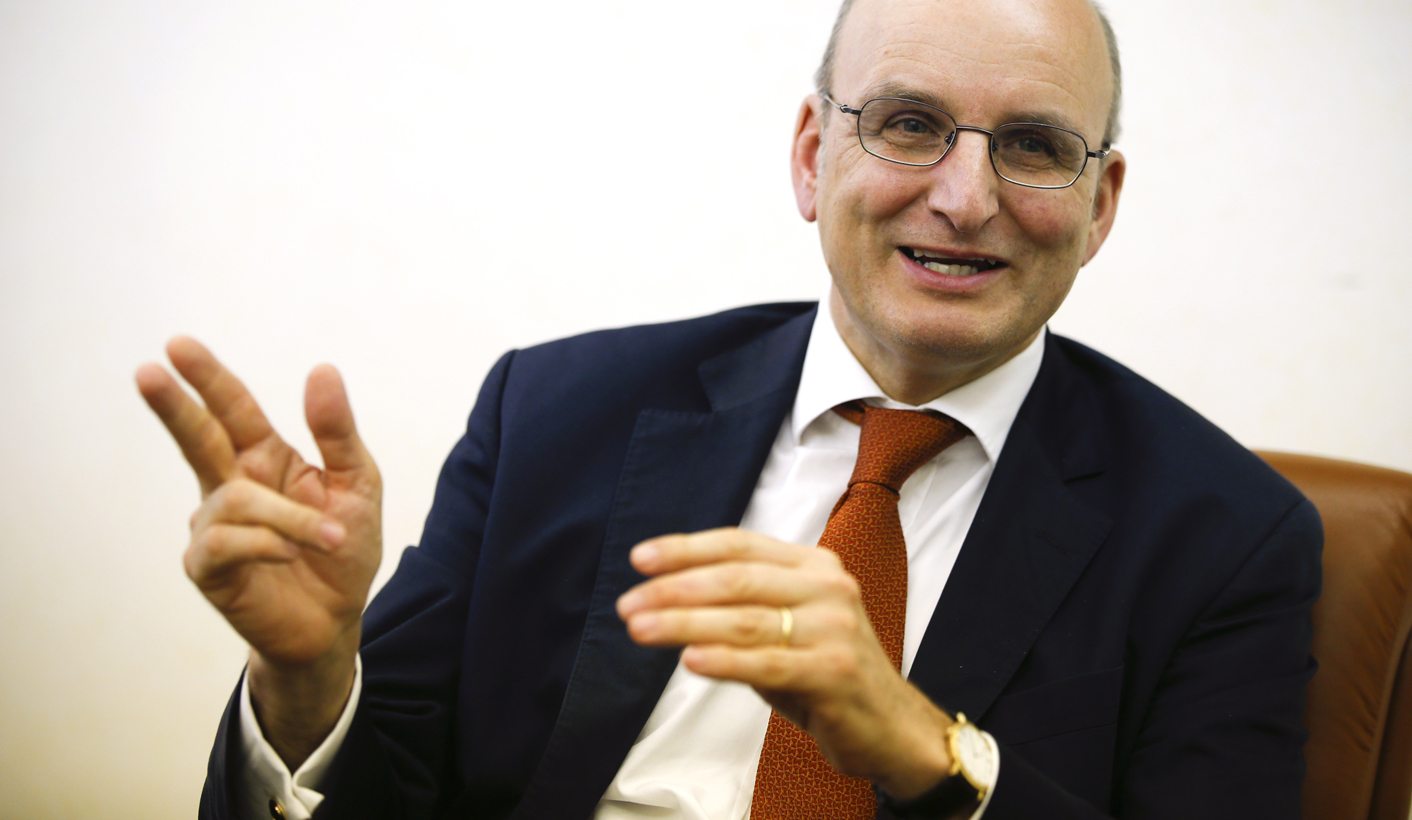 Hey, it’s all those Muslim banking institutions we have to worry about, what with the terrorist cash and the mafia money laundering, right? Well, not so much, it turns out. When it comes to filth, the Vatican has a leg up on the competition. By RICHARD POPLAK.

Of what awaits the sin of greed

For those who take, but do not earn,

Must pay most dearly in their turn.

So if you seek beneath our floors

A treasure that was never yours,

Thief, you have been warned, beware

Of finding more than treasure there.

For Harry Potter fans, there is almost no institution in the wizarding world that sums up the craven, venal instincts of the Ministry of Magic more than the Gringotts Wizarding Bank. The institution has underwritten several of Lord Voldemort’s more dastardly schemes, and certainly played its part in the wars and general nastiness that have unfolded ever since it first opened its gilded doors, back in the eighteenth century. Gold is evil’s fuel, and Gringotts is stuffed to the rafters with it.

Catholics know how this story goes.

The Institute for Works on Religion, as the Vatican Bank is officially called, is not your everyday Standard Bank branch. For one thing, it is housed in the Tower of Pope Nicholas V, a fifteenth-century pile that is one of the more imposing locations in the Holy See. ATMs offer instructions in Latin, and priests and nuns line up next to sculptures of the Virgin Mary in order to do their banking. Were there only priests and nuns in the line-up, there would be little need for reform. As it terms out, the Pope’s Bank has for ages been a place where the nastiest characters on the planet have washed their money of blood—laundering it through the embassies that dot Vatican City as surely as do men and women of the cloth.

One of Pope Francis’ priorities upon taking office was cleaning up the Institute for Works on Religion, which has been dirty for so long that many expected him to take roughly a century to get anywhere—a hundred years being the average pace of change in the Catholic Church. But the world’s most famous foot washer has displayed remarkable steel in this regard.

In February of this year, German toff Ernst von Freyburg was installed as president, replacing the filthy Ettore Gotti Tedesche, who was summarily canned for mismanagement. The bank has seven billion euros socked away in its vaults, and about 19,000 accounts, many of which are the furthest thing from Christian as its possible to be. Just think back to the “Pope’s Banker” scandal, which starred Roberto Calvi as a corpse swinging from Blackfriars Bridge in London in 1982, and the Mafia as his probable executioners. Calvi headed up Banco Ambrosiano, of which the Vatican was the largest shareholder. Ambrosiano provided a useful service for the mob, who liked their lira nice and clean—when the bank collapsed, the Vatican was on the hook for all the bad debts. Almost a quarter of a billion dollars was taken out of donation jars to pay back creditors.

But that was then. As recently as this summer, Nunzio Scarano—an accountant connected with the bank—was busted trying to smuggle almost 20 million euros from Switzerland to Italy on a private plane, in order to help out some of his wealthier pals in Italy. (And they say the church is un-Christian!) Scarnano was known as Monsignor 500, because his favourite party trick was to show off a wallet stuffed with 500-euro notes—which, looking over the history of the church, seems like a pretty good summation of how things work.

In other words, the Institute for Works on Religion does not do many good works, and specialises in bad ones. Von Freyburg has tasked Promontory Financial Group—a US company skilled in the dark arts of regulatory compliance—to clean the joint up. They’ve been systematically scanning through all 19,000 accounts, and have so far found almost 900 that don’t match the bank’s re-upped criteria. Those people and institutions have been asked to withdraw their money and invest it elsewhere, even if there was no evidence of wrongdoing.

Von Freyburg cannot be accused of secretly harbouring a sense of humour, and he has been going about his business with grim efficiency. And there is no ambiguity about his orders. “We need to become compliant with international financial laws, including on money laundering,” he has said. “The Pope strongly endorses a Vatican bank that serves the Church and no one else.”

So how the heck are Iran, Iraq, Indonesia and other dodgy types going to launder their hard-stolen, often sanctions-busting doneros? ‘Tis a tough question to answer. But the Pope will no longer be assisting them in their efforts. Nonetheless, the bank is still sitting pretty. It made $117 million in profit last year, up on the $27 million it made in 2011. About $74 million was transferred to the Papal office, to help do good in order offset the bad that the Institute for Works on Religion underwrites.

And to think there are those that remain cynical.

Regardless, it does seem that Pope Francis will have a cleaner bank, a not insignificant reform. It’s not quite Gringotts yet. But it’s getting there. DM