No black or white? The complexity of living with albinism 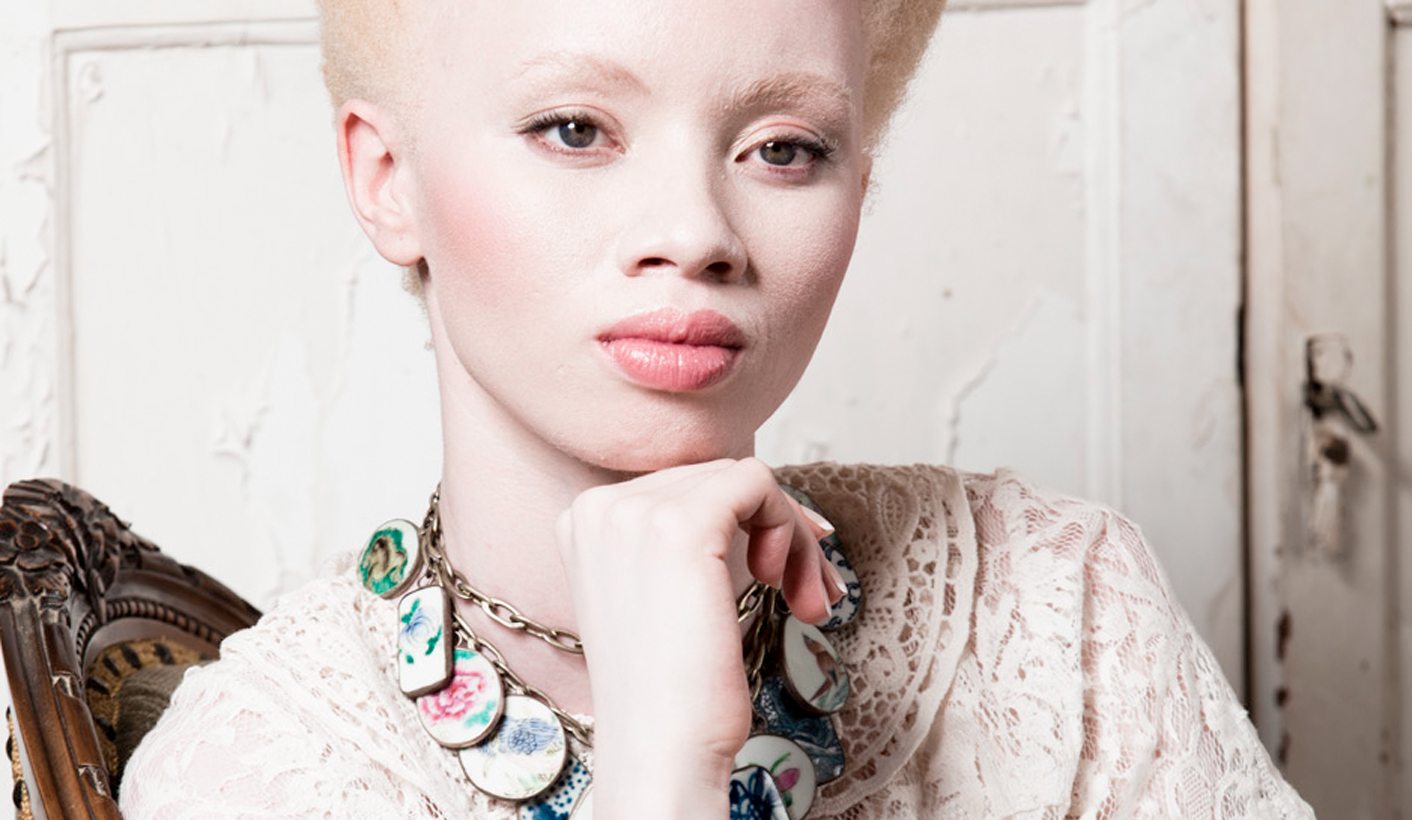 According to the Albinism Society of South Africa, one in 4,000 people is born with albinism. Living with albinism is an ongoing challenge against prejudice. By Nwabisa Pondoyi for GROUNDUP.

The National Organisation for Albinism and Hypopigmentation (NOAH), defines albinism as a congenital lack of pigmentation. Albinism is inherited and can occur in anybody who has a relative with albinism. People with albinism are very pale or white in complexion and catch sunburn easily because of the small percentage or absence of melanin in their skin, eyes and hair.

They face discrimination based on ignorance and superstition. Some people refer to them as a curse and some associate them with luck; either way, they are often ostracised because of these labels.

Thando Hopa, a 24-year-old Public Prosecutor and model living with albinism, says: “I grew up in a community where albinism was seen in one of two ways: some people were positive about it, but others demonised it and that was very unsettling. I felt vulnerable when I met new people because I could never predict their reaction. I grew up in a mixed community – Indian, coloured and black – and the discrimination wasn’t dependent on population group. The negative discrimination was universal… Friends told me their parents said they can’t play with me, and people called me names or said I had evil powers. But thanks to my parents who raised me so positively, this left no lasting scars.”

September is dedicated National Albinism Month by the Department of Health. And in the meantime, the fight for recognition, social acceptance, elimination of myths and misconceptions about albinism continues.

Andiswa Solani, a 27-year-old woman living with albinism, says: “I had a very tormented childhood. I was called names like Inkawu (a white monkey). They said I wouldn’t die but disappear. I tried to commit suicide three times. Guys would approach me and when I didn’t show interest they would insult me… Some I dated – their parents refused to accept me, they insulted and dehumanised me in every way possible.”

Eunice Nqayi, a mother with two children with albinism, says: “It hurts as a parent when your child comes home crying because they are insulted about something they cannot change… Since I cannot change how society perceives them, I chose to give them all my love.”

Thando Hopa says: “If I could give advice to a 16-year-old Thando still struggling to be accepted, I would tell her that she should never ask to be ‘normal’ … I’d say no one holds a monopoly on the concept of beauty and life doesn’t end at 16 nor has it really begun. Lastly, I would say put on your hat and sunscreen; yeah, they might laugh now, but you have to answer to your skin for the rest of your life.” DM