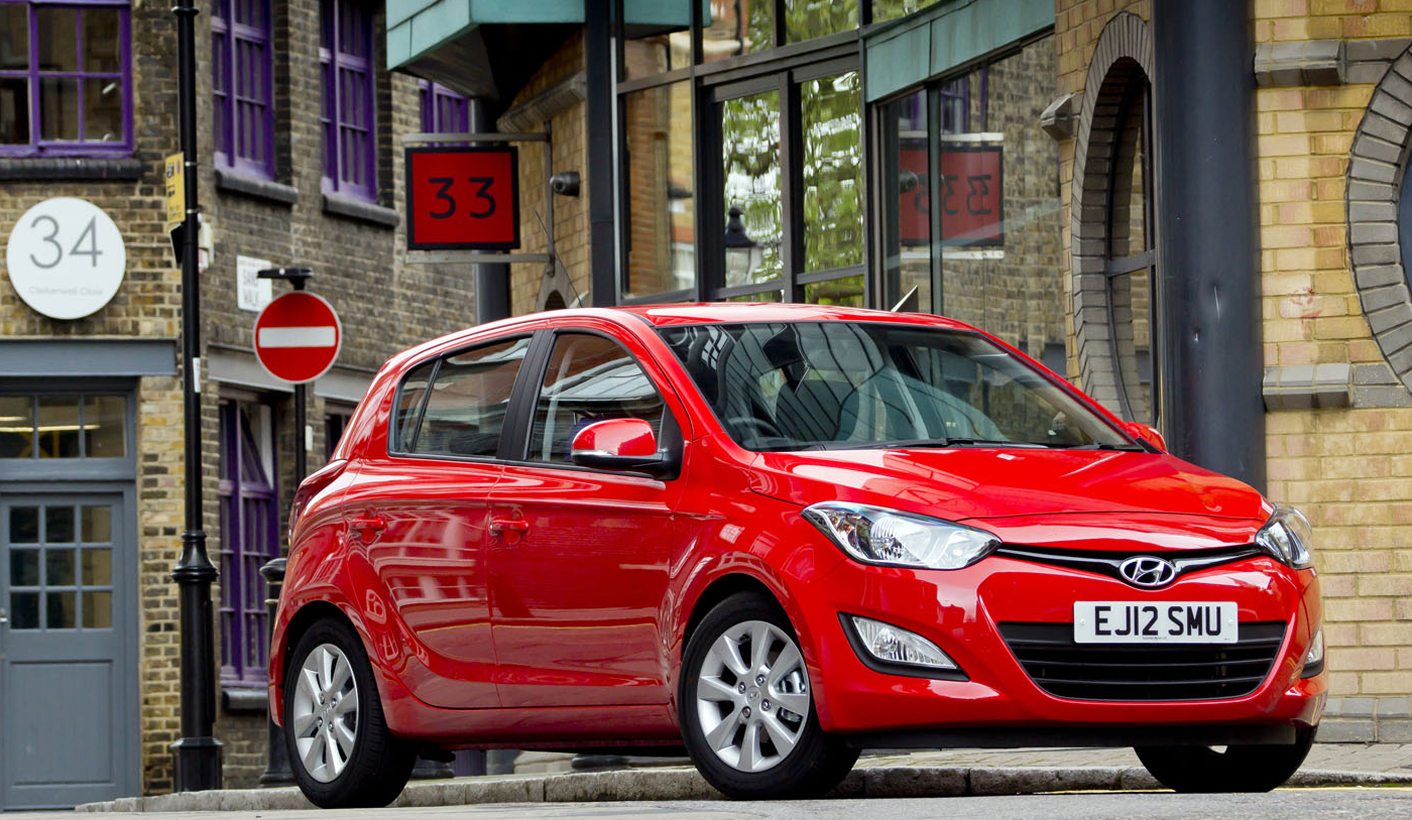 There was a time when big, fancy cars were considered superior simply by virtue of their asking price, and the sense of status they promised. But today’s cash-strapped car buyers have other priorities. For most, value, economy and overall affordability have become far more compelling factors. The result? The rise of the subcompact hatchback. By DEON SCHOEMAN.

You don’t need to be a rocket scientist to realise that the subcompact hatchback segment is one of the new car market’s toughest battlegrounds. That’s especially true of the R150,000 to R200,000 price band, where a long list of brands are all jockeying for position.

Hyundai’s i20 is one of the mainstream players, crossing swords with a long list of rivals that includes the VW Polo, Ford’s Fiesta, the Peugeot 208 and Renault’s Clio 4, as well as the i20’s Korean stablemate, the Kia Rio.

The addition of the new 1.4 CRDi Glide to the i20 line-up not only introduces a new flagship, but also adds a much-anticipated turbodiesel option to what is now a five-model family. Modern turbodiesels are not only thrifty fuel sippers, but also boast ample low-down urge.

That willingness at low engine revs ensures admirable tractability, almost regardless of the gear selected, but the turbo’s presence also ensures that power loss at high altitudes (Johannesburg lies some 1,600 metres above sea level) is minimised.

Those attributes have transformed public opinion of diesel-engined cars from derision to admiration, and even to desirability. That the 1.4 CRDi heads up the i20 range proves just how far we’ve come since the days of smelly, noisy, agricultural diesel power plants.

Of course, it also helps that the latest-generation Hyundai i20 is a handsome runabout. The current, facelifted version made its local debut during the course of 2012, having benefited from a number of subtle but effective nips and tucks.

While Hyundai’s larger passenger cars can still look a little too derivative, the i20 exudes an attractive mix of youthful pep and individual character. The 2012 update focussed on a new front-end styling package, including revised headlights, bonnet, bumper and fenders.

The result is a crisp, contemporary look that conforms to the overall Hyundai design language without losing its cheeky appeal.

Since the 1.4 CRDi Glide is the flagship of the i20 range, it gets an interior filled to the brim with all the extras. From climate control to Bluetooth, from a multifunction steering wheel to a trip computer, this is a little car with big car features. And the finishes are smart, too.

Soft-touch surfaces, upmarket cloth upholstery and intuitive functionality all contribute to a feel-good ambience. The controls and instruments are ergonomically executed, and thanks to height-adjustable front seats and a rake and reach-adjustable steering column, finding just the right driving position is a cinch.

There is no shortage of space up front, but the limited rear legroom serves as a reminder that the i20 is a subcompact hatch, a limitation that, of course, is common to all contenders in this segment. The boot’s 295-litre capacity is adequate at best, but can be extended by folding down the split rear bench seat.

As for safety, the i20 impresses with front, side and curtain airbags, as well as ABS-assisted brakes with electronic brake force distribution.

But it’s the 1.4-litre turbodiesel engine that is the real attraction. The four-potter is claimed to link decent urge to exceptional efficiency, and on paper the stats certainly seem to confirm this.

Maximum power comes to 66kW, linked to 200Nm of torque. The gearbox is a six-speed manual, driving the front wheels.

However, it has to be said that the compact diesel mill isn’t the most refined. Clatter at start-up is substantial, and while the engine is still cold response is disappointingly lethargic. You even have to wait a few seconds for the glow plugs to warm up before start-up.

Matters improve once the engine’s temperatures have reached normal operating levels. The lag is much less prevalent, and the little Hyundai feels eager enough. But it is rough around the edges by latest-generation standards.

The i20 CRDi is not a robot-to-robot racer, but straightline performance is brisk enough, with a claimed zero to 100km/h sprint time of 13.5 seconds, and a 174km/h top speed. Good low-down tractability means the little Hyundai is an adept long-distance cruiser, too.

As for fuel quality, the engine makes up for its gruffness by happily consuming the dirtier, and cheaper, 500ppm diesel, a boon for those who travel away from major routes and may not have access to the ‘greener’ (and also dearer) 50ppm diesel.

Ride and handling are pretty much what you’d expect of a modern subcompact: smooth and unfussed, with decent damping. If anything, the ride could be a little tauter, especially on undulating terrain where chassis response lacks cohesion.

The electrically assisted steering is disappointingly devoid of tactile feedback, which takes the edge off the driving experience, so that steering inputs are often just not quite instinctive enough. But then, this is not exactly a hot hatch, and comfort probably rates well ahead of steering response for most would-be owners.

Cars like the Hyundai i20 provide new car buyers with a compelling reason to buy down. Keen styling, decent packaging, high spec levels and, perhaps most importantly, economical running costs make this 1.4 CRDI an attractive proposition.

However, at just under R200,000, the i20 isn’t cheap in outright acquisition terms, even if it does represent decent value given the price tags of rival models and its high standard equipment levels. Tellingly, its closest rival may well come from inside the i20 range itself.

For all its attractions, the turbodiesel engine is eclipsed by the 1.4-litre petrol engine, which is good for 73kW and 136Nm. The petrol lacks the low-down grunt, and the outright economy, but it is sweeter and smoother.

Opt for the more affordable Fluid spec level (which is still comprehensive enough), and the saving in acquisition cost is a whopping R26,000.

Even though the 1.4 petrol is likely to be less thrifty than the diesel (6.1 litres/100km vs. 5.0 litres/100km), that price difference will be difficult to make up in fuel savings alone, even over an extended ownership period and high annual mileage.

Nonetheless, the i20 1.4 CRDi Glide is more affordable than comparable models from the Ford Fiesta, Peugeot 208 and VW Polo stables, while Renault Clio line-up doesn’t include a turbodiesel offering.

In short, the Hyundai i20 1.4 CRDi is a convincing expression of the current subcompact hatchback genre. Yes, the turbodiesel engine could be more refined, but it’s certainly enthusiastic enough.

It might be small in stature, but this Hyundai definitely big on attitude. DM