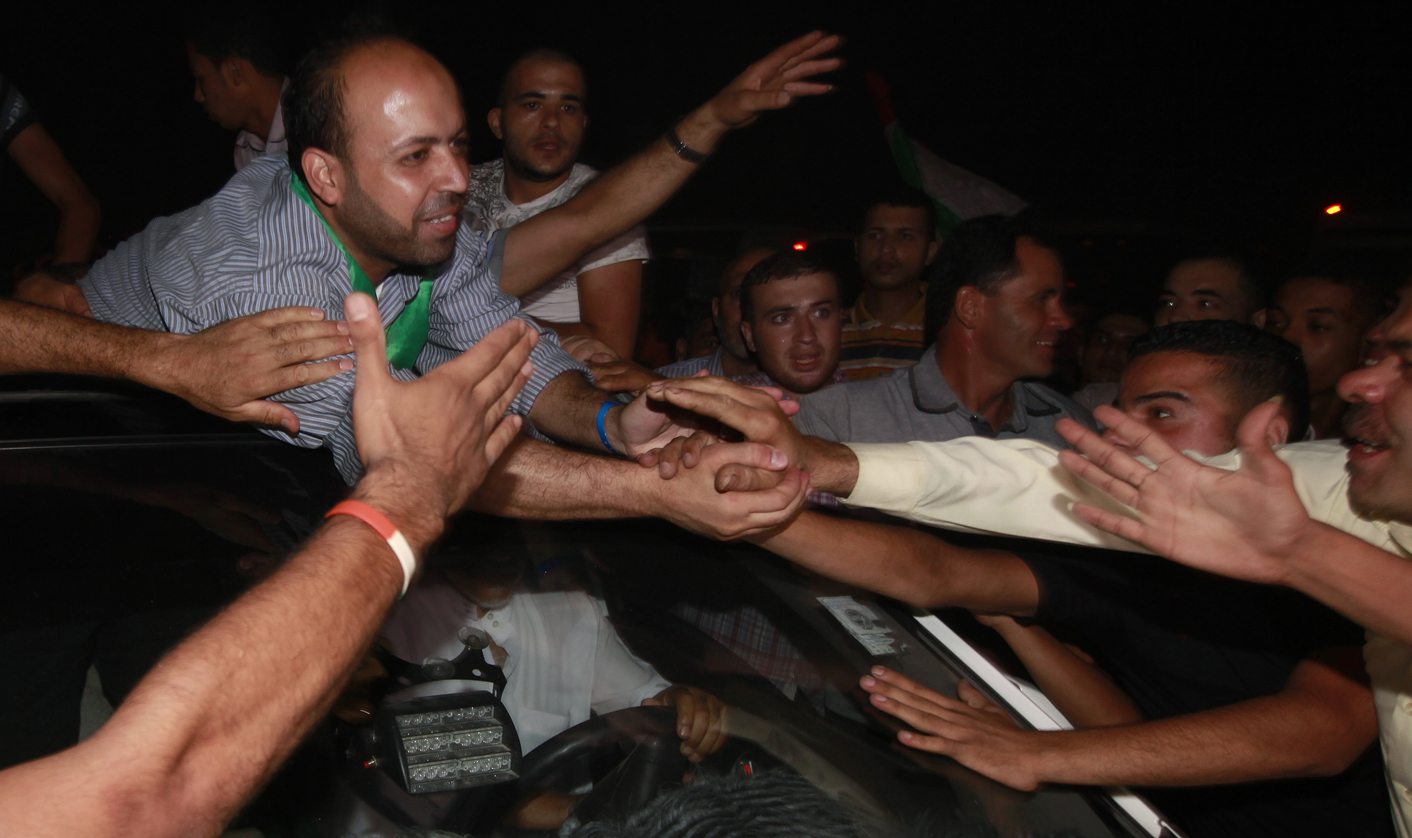 Israel freed 26 Palestinian prisoners on Wednesday to keep U.S.-sponsored peacemaking on course for a second round of talks, but diplomacy remained dogged by Israeli plans for more Jewish homes on land the Palestinians claim for a future state. By Dan Williams.

Negotiators are due to convene in the afternoon in Jerusalem, the city at the heart of the decades-old conflict, after a three-year stand-off ended with the first round of talks in Washington last month.

Follow-up meetings are expected every few weeks in venues including Jericho in the occupied West Bank in pursuit of U.S. Secretary of State John Kerry’s goal of clinching an accord in nine months.

Israel says it supports his vision but in the past few days has announced plans to increase its settlement of the West Bank and East Jerusalem, which, along with the Gaza Strip, the Palestinians want as part of their state in any deal.

The 26 men released were the first batch of 104 Palestinians serving long jail terms many for deadly attacks on Israelis. They have now won amnesty in a move that may improve Palestinian President Mahmoud Abbas’s domestic standing despite his having dropped demands to condition peace talks on a halt to settlement building.

Abbas came under fire not just from the rival Hamas Islamists who control Gaza but from within his own administration.

“The extremist Israeli government continues to exploit the negotiations as cover for settlements,” said Qais Abdul Kareem, a senior member of Abbas’s Palestine Liberation Organisation, in a statement denouncing the prisoner release as a poor trade-off.

Most world powers say the settlements are illegal. Israel sees them as a security bulwark and the realisation of a Jewish right to biblical land, and insists on keeping swathes of them under any eventual peace accord.

Such construction helps mollify pro-settler factions in Netanyahu’s coalition government, one of which, the Jewish Home party, opposes Palestinian statehood and tried unsuccessfully to vote down the prisoner release.

Israelis bereaved or wounded by Palestinian violence have also been angered by the amnesty. Palestinians regard the ex-inmates and thousands of others still in Israeli custody as heroes.

Hoping to reduce media images of the 26 men flashing V-for-victory signs, Israel whisked them from jail to the West Bank and Gaza borders before dawn in vehicles with sealed windows.

Few expect the latest negotiations to resolve issues that have defied solution for decades, such as borders, settlements, the status of Jerusalem and the right of return for Palestinian refugees. Yet neither Netanyahu nor Abbas want to be seen as putting the brakes on the U.S. peace drive.

“We set ourselves nine months during which we will try to get to something with the Palestinians,” Israeli Defence Minister Moshe Yaalon told reporters on Tuesday.

“We have been trying in the 20 years since Oslo (interim peace accords), during 120 years of conflict. You can hear the hint of scepticism in my words, but we have decided to give it a chance.” DM

Photo: A freed Palestinian prisoner (top) is greeted upon his arrival near Erez Crossing, between Israel and northern Gaza Strip, early August 14, 2013. Israel freed 26 Palestinian prisoners on Wednesday to keep U.S.-sponsored peacemaking on course for a second round of talks, but diplomacy remained dogged by Israeli plans for more Jewish homes on land the Palestinians claim for a future state. REUTERS/Mohammed Salem