Zim elections: Brace yourselves for whatever comes next 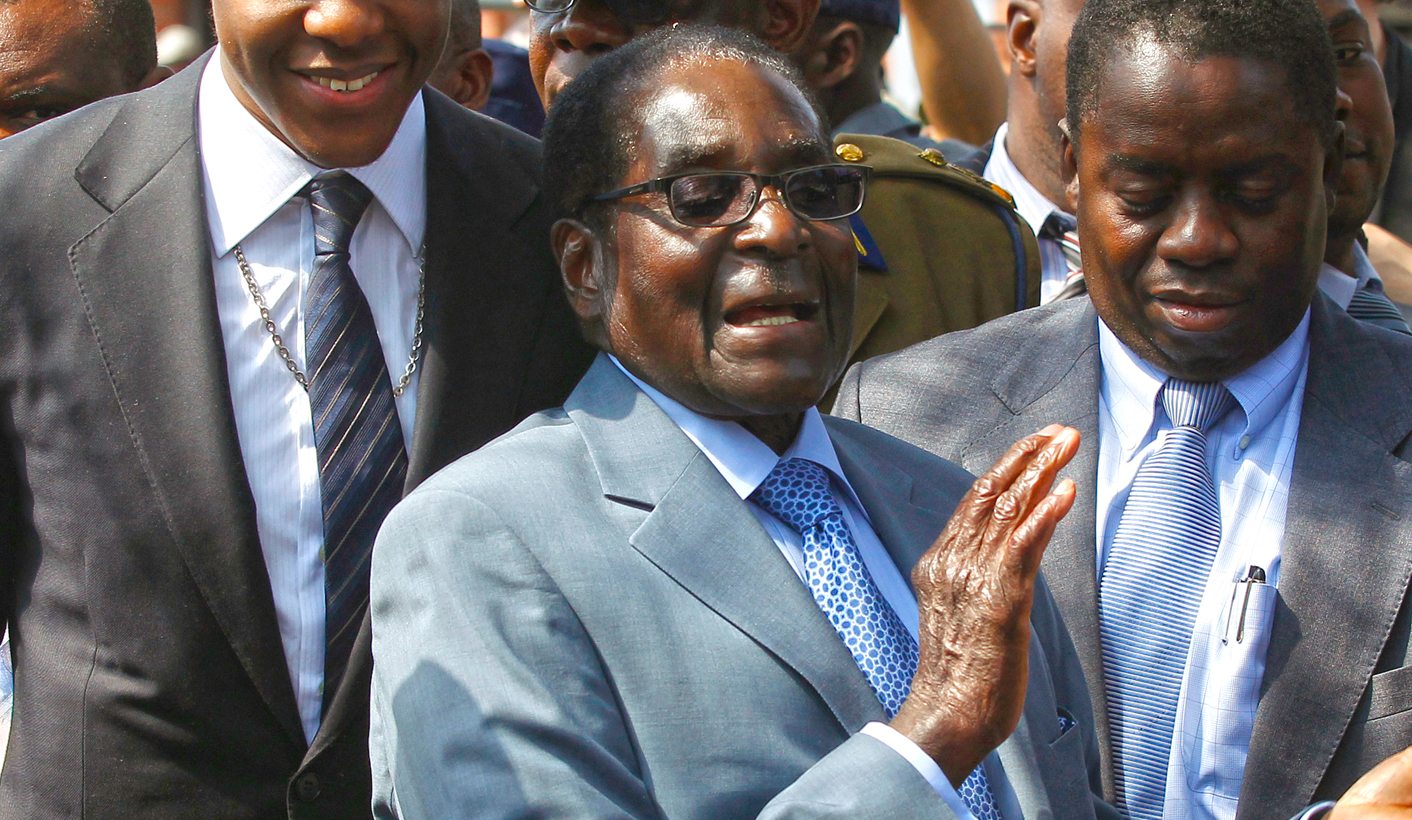 So far, so predictable: Mugabe and friends have stolen the Zimbabwean election, and SADC have let them do it. Unless Morgan Tsvangirai really has been distracted by his hectic love life, he will have seen this one coming, and planned accordingly. This isn’t over yet, although it appears the opposition are running out of ideas. By SIMON ALLISON.

Although official results have yet to be released, over the course of Thursday it became increasingly clear that Mugabe was heading for a big win over his principal challenger, Morgan Tsvangirai of the Movement for Democratic Change, while Zanu-PF was reclaiming control of parliament.

“It’s a landslide, a total annihilation of the MDC,” said Saviour Kasukuwere, Zanu-PF’s youth and indigenization minister. “Their project has completely failed. President Mugabe has won. The villagers in the countryside know the result. I’m excited.”

According to unofficial figures, Mugabe will win by more than 50% of the vote, which means that he won’t have to face Tsvangirai again in a run-off election. In the parliamentary contests, as many as 50 MDC figures MPs lost their seats in shock results.

Although the scale of their defeat was shocking, nobody in the MDC seemed surprised by their dramatic drop in popularity. Ever since the election date was confirmed by the Constitutional Court earlier this month – leaving just four weeks for the electoral commission to organize the election – MDC leaders have been vocal in their concerns about the legitimacy of the vote, and the potential for rigging on a massive scale. The many serious irregularities in the conduct of the vote, and evident in the highly problematic voters roll, merely amplified these concerns.

“This election has been a huge farce,” said Morgan Tsvangirai on Thursday. He sounded strangely subdued, as if the fight has gone out of him, but he continued regardless: “In our view, that election is null and void… It is a sham election that does not reflect the will of the people.”

Local election observers agree. The Zimbabwe Election Support Network deployed 7,000 observers across the country, making them the largest single monitoring group, and their preliminary observations were damning: “Based on the empirical reports from our observers, regardless of the outcome, the credibility of the 2013 Harmonised Elections is seriously compromised by a systematic effort to disenfranchise an estimated million voters.” In their report, they detail how this disproportionately affected urban areas where the MDC is strongest.

Observers from the African Union and from the Southern African Development Community (SADC) have been telling a different story, however. Although official verdicts are not yet in, former Nigerian President Olusegun Obasanjo – hardly a paragon of democratic virtue himself – has given the vote the green light, reiterating yesterday that the election was “free and fair as we could see it”.

A SADC team was equally effusive in their praise. “We believe these elections have been conducted in a credible and fair manner,” said the 25-person strong Electoral Commissions Forum, adding that the conduct of the elections were well within SADC guidelines (given the region’s lack of democratic credentials, this is not exactly hard to achieve). The main SADC observer mission, which is substantially larger, has yet to offer a verdict.

In many ways, SADC’s final verdict is the most important of the lot – as guarantors of political reform in Zimbabwe, responsible for the formation of government of national unity which ruled for the last five years, their blessing will immediately confer legitimacy on the results. Given the organisation’s historic reluctance to stand up to Zanu-PF’s excesses, and the fact that the Electoral Commissions Forum has already come out so strongly in support of the vote (which they could never have done without top-level approval), it seems likely that Mugabe’s big win will get the green light.

For Tsvangirai and the long-suffering opposition, this is a blow, but one they will have been expecting. The question now is what they can do about it, if anything.

There’s been no shortage of fighting talk – although at no point has the opposition publicly entertained the idea of embracing violence.

Tsvangirai warned that the result “will plunge this country into a serious crisis”. His spokesman, Douglas Mwonzora, said the party has “an action plan for all scenarios”, including one in which the election is stolen. MDC Treasurer Roy Bennett, from the safety of Johannesburg, was able to be blunter:

A passive resistance campaign – perhaps based on the “walk to work” protests in Uganda, or Egypt’s Tahrir Square mass demonstration model – seems the most logical next step for the MDC. It is not, however, without huge risks given the propensity of Zimbabwe’s state security forces to crack down on opposition.

Not everyone in the opposition thinks this is a good idea, however. David Coltart, who served as education minister in the government of national unity and belongs to the faction of the MDC led by Welshman Ncube, advocated against these kinds of mass protest: “The problem of demonstrating in the streets is that you play into Zanu-PF’s hands. They are a violent party. The supreme court is unreliable so we have extremely limited options.” DM

Photo: Zimbabwean President Robert Mugabe reacts as he leaves after casting his vote in Highfields, outside Harare July 31, 2013. REUTERS/Siphiwe Sibeko