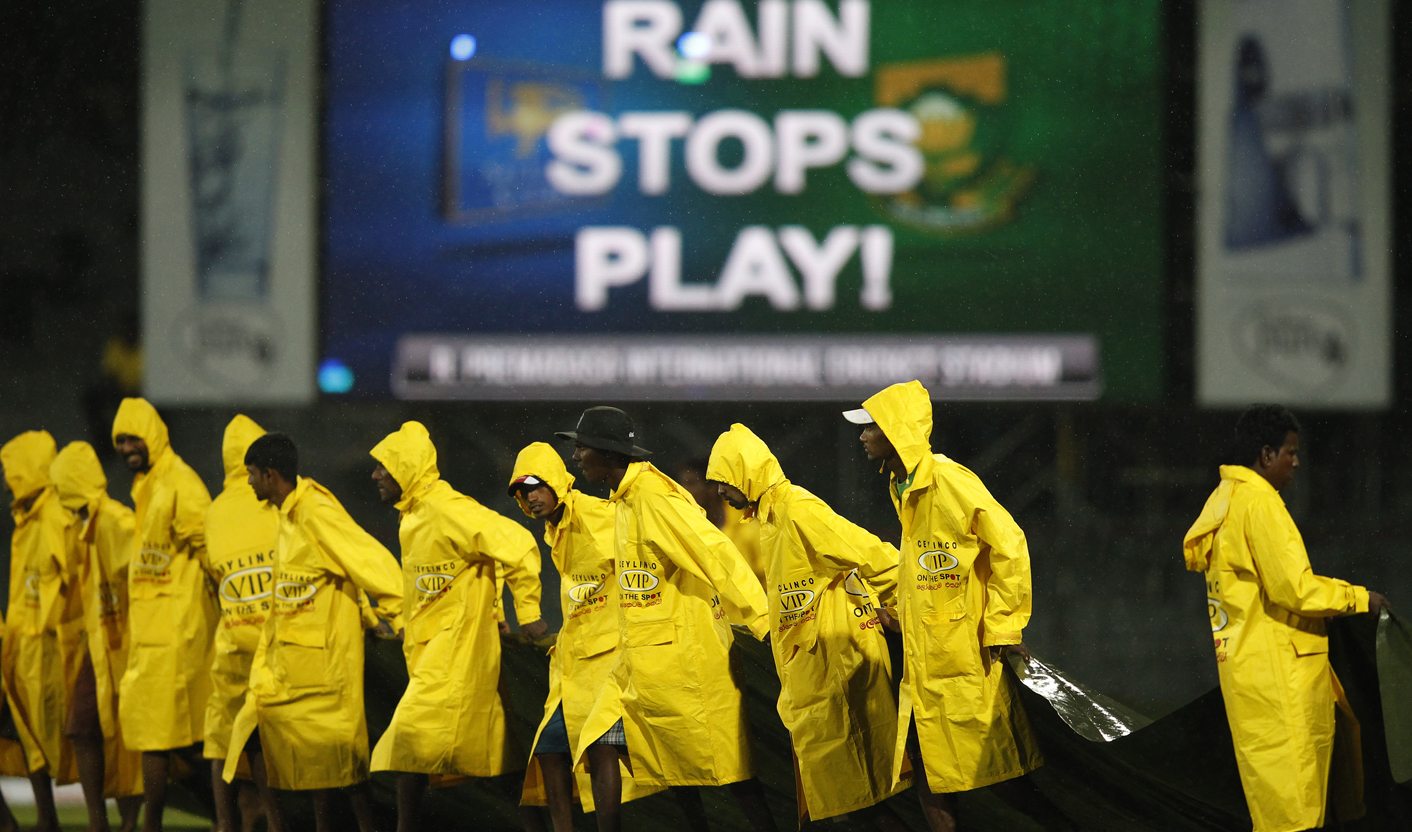 South Africa continued their struggles in the one-day format after losing to Sri Lanka by 17 runs on the Duckworth-Lewis method on Tuesday. ANTOINETTE MULLER picks out five talking points from the match.

South Africa went 2-0 down in their second ODI against Sri Lanka. The hosts won the toss and batted first in a rain-interrupted day. Their total seemed dismal and South Africa looked much improved after their 180-run walloping, but they are still struggling for cohesion. The Proteas lost by 17 runs on Duckworth-Lewis after crawling to 104-5 in 21 overs before rain brought an end to play for the day. There was still plenty to talk about, but we’ve whittled it down to five of the best.

Will Duckworth-Lewis ever make sense?

Anybody who has ever seen a Duckworth-Lewis sheet will know that it is quite a nasty piece of work. There are a load of numbers which never really make sense. It works mostly on calculations which very few have bothered to understand. It doesn’t really take into account the actual conditions, like moisture on the ball, a sticky track, stadium lights and everything else that influences the way runs are scored. South Africa was never going to beat Sri Lanka on Wednesday, but that doesn’t mean the D/L calculation for their target wasn’t slightly tough. Sri Lanka managed just 223-9 in under 50 overs. South Africa’s target was adjusted to 176 in 29 overs. Sri Lanka scored as just under five runs an over in their innings, the Proteas would have to score over six an over.

Of course Sri Lanka didn’t know it was going to be a reduced game and they might have approached it differently if they did. However, just 47 fewer runs with 21 fewer overs seems just a tad bizarre.

At the start of the series, South Africa insisted their experimenting was over. Choosing to move Robin Peterson up the order to open the batting probably can’t be seen as an “experiment”. Instead, it’s just South Africa’s “brand of cricket”. The pinch hitter move is a high risk with a potential high reward. It failed in this instance, but it’s worked with Peterson before. One-day cricket needs to change to stay hot on the heels of the T20 format and Test cricket. Innovation doesn’t take genius, it takes simple and provocative strategies which sometimes make people feel slightly uncomfortable. Pinch hitting is becoming somewhat of a lost art, but just like fashion, cricket goes in cycles and South Africa is bringing something back.

What’s up with Lonwabo Tsotsobe?

Despite being declared fit to play in the second one-day international, Lonwabo Tsotsobe didn’t feature. Tsotsobe has struggled with his fitness for quite a while now. Having reportedly failed his fitness test prior to the Champions Trophy and this tour, Tsotsobe might need somebody to sit him down and have a talk. Cricket South Africa insists that he is fit – whether that is true, only they will know. What we do know, though, is that Tsotsobe offers a little bit extra with his left-arm seam and he wasn’t at the top of the world one-day bowler rankings for nothing. He seems a talent wasted, though. At 29 years old, he’s hardly the future of the fast bowlers in South Africa. He has two or three years left to make the most of his talent and it’s up to his mentors to shake him into action. If he fizzles out into a case of what could have been, it’ll be a damn shame.

We need to talk about Faf

For all his exploits on the Test circuit, Faf du Plessis has never looked all that convincing in the one-day set up. Du in his last six ODIs: 30, 28, 35, 26, 4, 8, with an average of 29.91 this year (an overall average of 28.00). While there is no doubt Du Plessis has talent and is an exceptional fielder, he hasn’t quite blossomed into everything many had hoped it would be. Farhaan Behardien is the first choice replacement and if building towards the World Cup is what South Africa is doing, perhaps it’s time to give somebody else a try. Especially with the luxury of seven one-day internationals to play with over the home summer.

Does it not matter because the tour is meaningless?

As far as meaningless bilateral series go, this one is pretty high up there. With the Test portion of the tour postponed, the whole visit to Sri Lanka feels a little less, well, vital. While the ODI rankings mean about as much as an Australian lower order batsman getting runs, these games do matter. Or, at least, they should. The aim for South Africa is to build towards the World Cup in 2015. There are enough one-day games coming up in order to make sure that things click and tours like these should be key in that future building mantra. Of course players won’t be taking it lightly and the numbers and performances should matter. One-day cricket’s relevance is waning in the greater scheme of things, but as long as there is a World Cup to win and a squad to make, there’s no room for slacking.

Photo: Workers pull the covers as the match was stopped due to rain during the second One Day International match between Sri Lanka and South Africa in Colombo July 23, 2013. REUTERS/Dinuka Liyanawatte