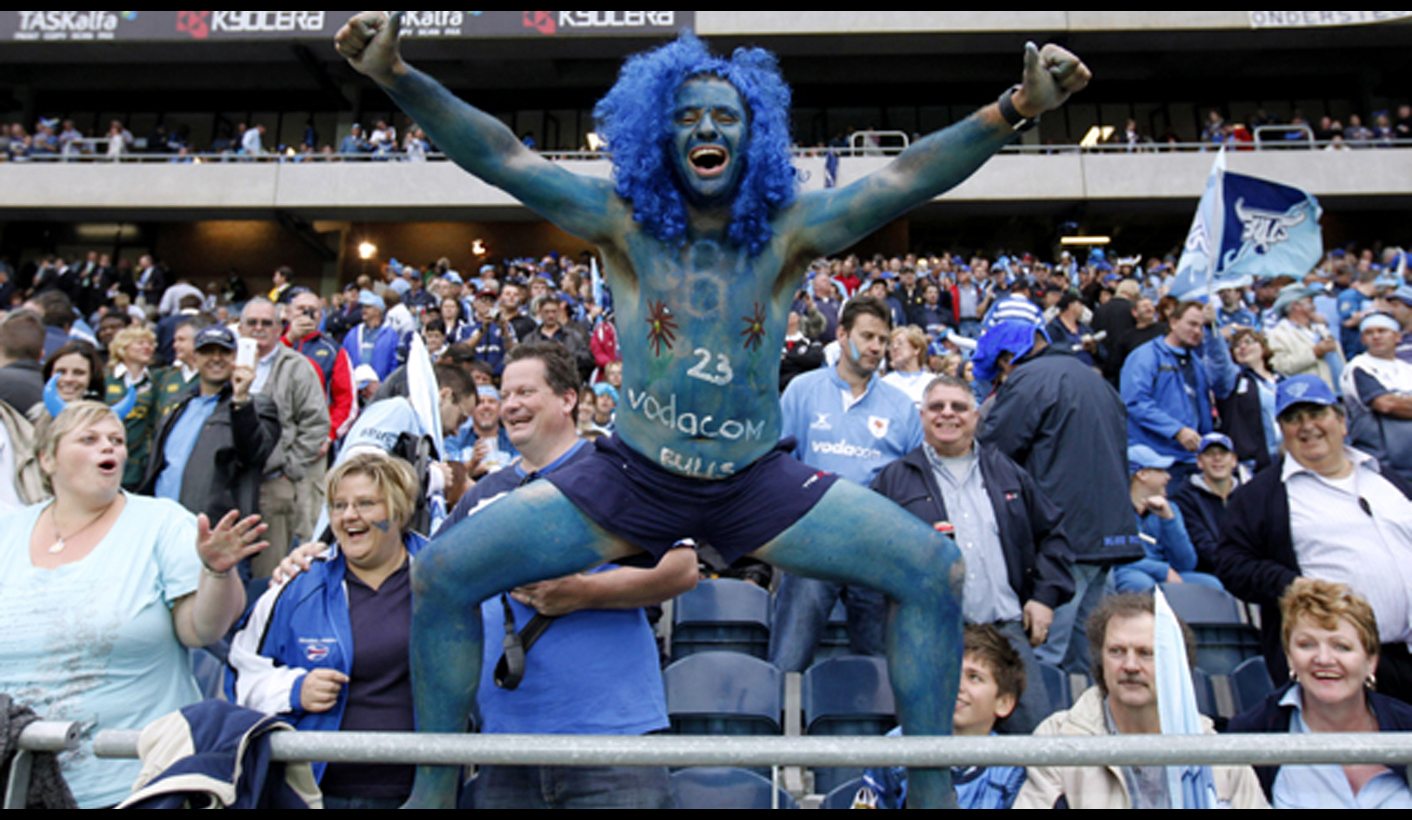 The Cheetahs went down in flames against the Stormers at Newlands, but their playoff hopes are still alive thanks to the Sharks rising from the ashes to snatch victory from the Blues in Durban, writes KEN BORLAND.

Meanwhile, the Bulls maintained their hot form by hammering the Southern Kings in Pretoria with a bonus point, thereby ensuring that they will be the South African conference winners.

The Cheetahs seemed to have the greater motivation heading into their match at Newlands, with an historic first playoff place beckoning, but it was the realistically out-of-contention Stormers who brought the fire as they registered a thumping 28-3 win.

That fire was lit by their forwards, who fronted up impressively, producing a brick wall in defence, dominating the collisions and the set pieces and closing down the space and time the Cheetahs had on the ball.

The Stormers could be accused of stopping the Cheetahs from playing in a dreary first half, which ended with the hosts 10-3 up thanks to a try by flank Deon Fourie from a rolling maul shortly before the break.

But they counter-attacked well in the second half, squeezing the Cheetahs and then pouncing on the mistakes as they picked up two more tries by the indefatigable Siya Kolisi and Bryan Habana.

Kolisi’s 66th-minute try stretched the lead to 23-3 and it came after yet another messy Cheetahs lineout led to the loose ball being kicked through into the 22 by the Stormers. Fourie was then up quickly to force Raymond Rhule to concede the five-metre scrum, a solid platform allowing flyhalf Elton Jantjies to produce a lovely inside step, scrumhalf Louis Schreuder then ran crossfield to fix the defence and the in-form new Springbok flank came crashing through on a tremendous angle.

Poorly directed kicks and handling errors – many of them by Rhule – were central to the Cheetahs’s demise and Habana’s try came after the visitors were enjoying some rare front-foot ball and were hard on attack before the Ghanaian-born wing again dropped the ball and centre Juan de Jongh and eighth man Nizaam Carr broke clear. From the resulting ruck, inside centre Damian de Allende drew the last two defenders before sending Habana diving over in the corner.

One can forgive the Cheetahs for having an off-day after all their heroics this season and captain Adriaan Strauss described it as “our shocker of the year”. But what was perplexing was why the Cheetahs suddenly decided to kick so much – and poorly at that.

Fullback Willie le Roux kicked 10 times and ran the ball on just eight occasions, which must have killed his many fans who see him as the saviour of South African backline play.

In contrast, Stormers fullback Joe Pietersen was lethal whenever he kicked and the ubiquitous efforts of the loose trio of Kolisi, Fourie and Carr epitomised the never-say-die spirit of the home side, who really are playing for pride.

The Sharks, despite being a camp in turmoil after the sacking of coach John Plumtree as incoming CEO John Smit’s first act, were in firm control of their match against the Blues in the first half in Durban.

They were 14-0 up on the half-hour and 17-5 ahead at the break, but their lead should have been even greater given the absolute dominance their forwards enjoyed in the set pieces, especially the scrums.

That lack of finishing – in particular Pat Lambie’s errant goal-kicking that cost them 14 points – came back to haunt them in the second half as the Blues fought back strongly.

The Aucklanders actually led 20-17 going into the final minute, but the Sharks summoned the energy, composure and skill to score on the hooter through fullback Riaan Viljoen and snatch a 22-20 victory.

Stand-in coach Grant Bashford, who is also probably on his way out, revealed that the Sharks team had committed themselves to winning at any cost in protest against the treatment of Plumtree, who was rapidly purged over the June international break.

The forward effort by the Sharks was spectacular as they overwhelmed the Blues in the scrums, earning half-a-dozen penalties from that set-piece alone, won all 17 of their lineouts and consistently carried the ball over the advantage line through the likes of Marcell Coetzee, Jean Deysel, Willem Alberts and Tendai Mtawarira.

The Sharks did sometimes battle to create enough space for lively Transkei-born wings Odwa Ndungane and Lwazi Mvovo, but considering seven centres are out injured and Butch James and Louis Ludik were teaming up in midfield for the first time this year, that is understandable.

While the Sharks front row were the destroyers of the Blues, it was the improvement shown by the Bulls front row that was perhaps the most impressive feature of their 48-18, bonus point win over the Southern Kings in Pretoria.

Loftus Versfeld has been a church of strong forward play, especially scrummaging, throughout the union’s 75 years and the flaky performances of the Bulls front row this year has no doubt been a cause of great concern for all those Northern Transvaal stalwarts in the stands.

But apart from the third quarter, the Bulls dominated the scrums, which allowed their bullocking ball-carriers to commit even more violence against the battered Kings defence.

The Kings never threatened the South African SuperRugby pace-setters and director of rugby Alan Solomons confirmed that they were badly off their game after the June break.

“The set piece, defence and conditioning are the three pillars of our game and two of those were very poor tonight. The error rate was also through the roof and some of that was due to not playing for a month. A break that long for a team of this inexperience is massive,” Solomons said.

But the Kings did give full credit to the Bulls, describing them as a team “very capable of winning the tournament” and the home side’s ability to get quick ball from the breakdowns and to pounce on the slightest errors in defence was most impressive.

The Kings, who have officially now been consigned to the promotion/relegation games, contrived to make it easier for the Bulls with some uncharacteristically poor defence around the rucks and, when the Bulls scored three tries in five minutes around the half-hour mark to take control of the game, two of those were through Chiliboy Ralepelle and Francois Hougaard simply picking up the ball at a ruck and strolling straight through a gaping hole on the fringes.

But when you throw in the combative midfield running of centres Jan Serfontein and JJ Engelbrecht to the impetus created by the forwards – Jacques Potgieter and Ralepelle shining in this regard on Saturday night – then it’s little wonder defences start fracturing. DM