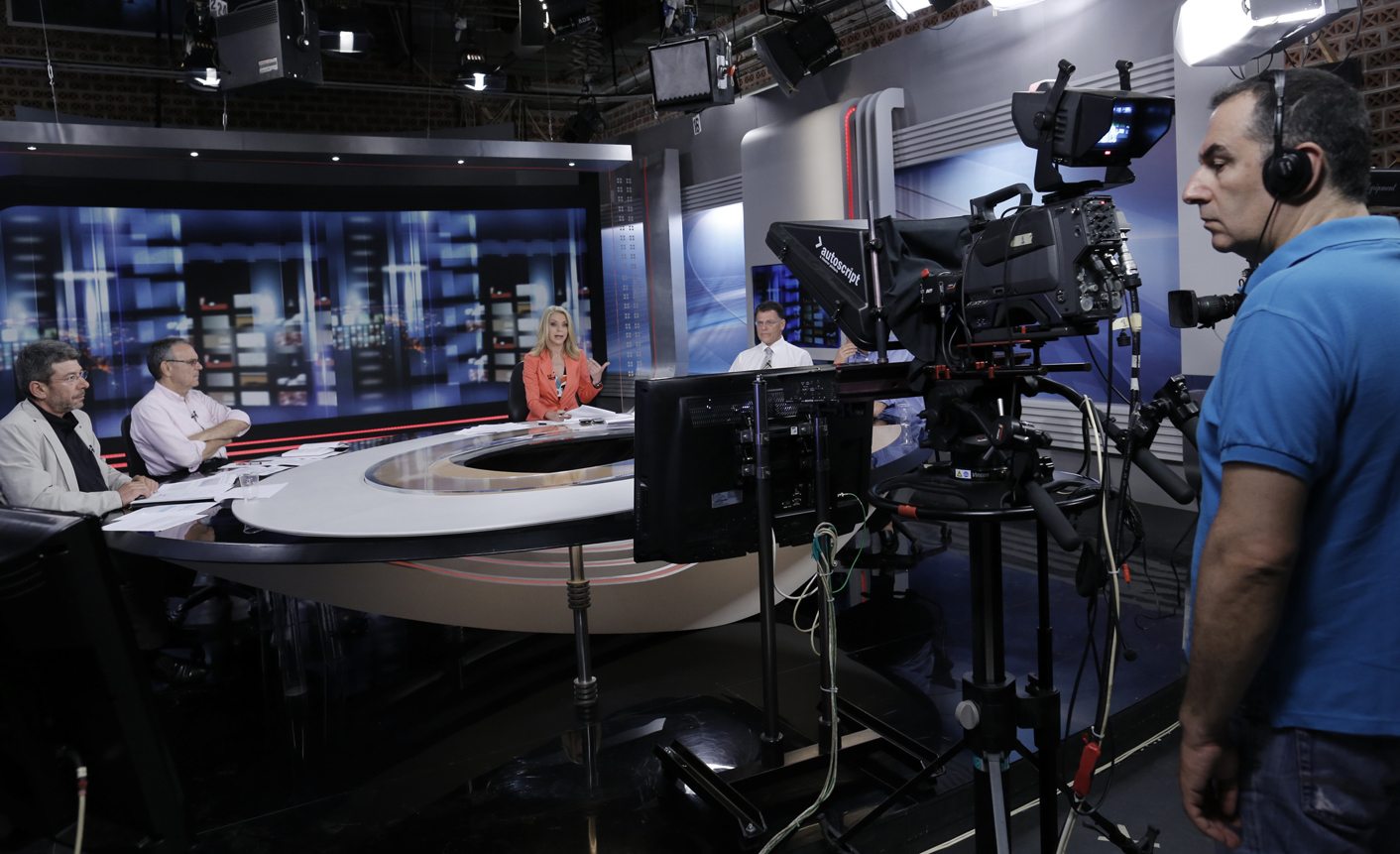 A Greek court ruled that shuttered state broadcaster ERT must reopen immediately, a court official said on Monday, offering the squabbling ruling coalition a way out of a political crisis over the station's abrupt closure. By Lefteris Papadimas and Renee Maltezou.

The ruling – which ordered ERT switched back on until a restructured public broadcaster is launched – came six day after Prime Minister Antonis Samaras took it off air in the name of austerity and public sector layoffs to please foreign lenders.

The ruling appeared to vindicate Samaras’s stance that a leaner, cheaper public broadcaster must be set up but also allowed for ERT’s immediate reopening as his coalition partners had demanded, offering all three a way out of an impasse that had raised the spectre of snap polls.

“It appears that the interim decision of the top administrative court gives the three leaders an opportunity to find a face-saving formula,” said Theodore Couloumbis of the ELIAMEP think-tank.

A live feed of ERT – whose journalists have continued broadcasting over the Internet in defiance of orders – showed workers breaking into applause on hearing the court ruling. ERT’s Symphony Orchestra began an outdoor concert outside its headquarters, playing an old news jingle to cheering supporters.

“I’ve been here seven nights and this is the first time I’ve seen people smile,” said Eleni Hrona, an ERT reporter outside the headquarters.

Earlier, Samaras had offered to reopen a pared-down version of the state broadcaster under temporary management, reshuffle the cabinet and update the coalition’s agreement to improve cooperation between the parties, a government official said.

“It’s a last-ditch move by the prime minister to reach a compromise and avoid elections,” the official said.

The transitional broadcaster would then pave the way for the smaller, cheaper public broadcaster that Samaras initially had promised would replace ERT.

Exactly a year after a parliamentary election brought Samaras and his two leftist allies to power, the parties have fed fears of a hugely disruptive snap poll by refusing to compromise over an entity widely unloved until its shock overnight closure.

“It’s clear that over the last days any semblance of logic in dealing with this issue has been lost,” said Costas Panagopoulos, head of ALCO pollsters.

“The most absurd thing is that we are talking about a possible destruction of the country over ERT.”

Aware his allies stand to lose heavily in any election, the conservative Samaras had refused in a flurry of speeches to turn the “sinful” ERT back on, vowing to fight to modernise a country he says had become a “Jurassic Park” of inefficiency and corruption.

His PASOK and Democratic Left partners, who risk humiliation and the loss of any future say in the coalition, have previously rejected Samaras’s offer of a limited restart of broadcasts.

“It’s impossible to say how far they will go,” Panagopoulos said. “Normally, you would expect they would not be willing to throw everything up in the air over this decision. Greece has gone back to where it was a year ago in terms of political instability over ERT.”

He estimated a 30 percent risk of elections over the summer, despite all three parties insisting there will be no early poll.

“Without a compromise among coalition partners, the risk of new elections will increase,” the agency said.

A senior euro zone official voiced concern that Greece was hurtling back to its days of crisis and drama, given the slow pace of public sector reforms and privatisations.

“It’s kind of deja vu with Greece,” the official said.

Opinion polls over the weekend showed a majority of Greeks opposed the shutdown, due rather to its abruptness – screens went black a few hours after the announcement, cutting off newscasters mid-sentence – than to the decision itself.

In Syntagma square outside parliament, thousands gathered to listen to radical left opposition leader Alexis Tsipras protest against the ERT shutdown and attack Samaras as a “great Napoleon of bailouts”.

“But he didn’t see, nor did he predict, the Waterloo that ERT workers and the great majority of people prepared for him,” Tsipras told crowds of flag-waving supporters. DM

Photo: A cameraman films Greek state television presenter Elli Stai (C) during the news bulletin inside the headquarters of the station in Athens June 11, 2013. Greece said it was temporarily closing state broadcaster ERT on Tuesday to lay off staff and slim down the organisation as part of budget cuts, drawing protests from workers and junior partners in the ruling coalition. REUTERS/John Kolesidis