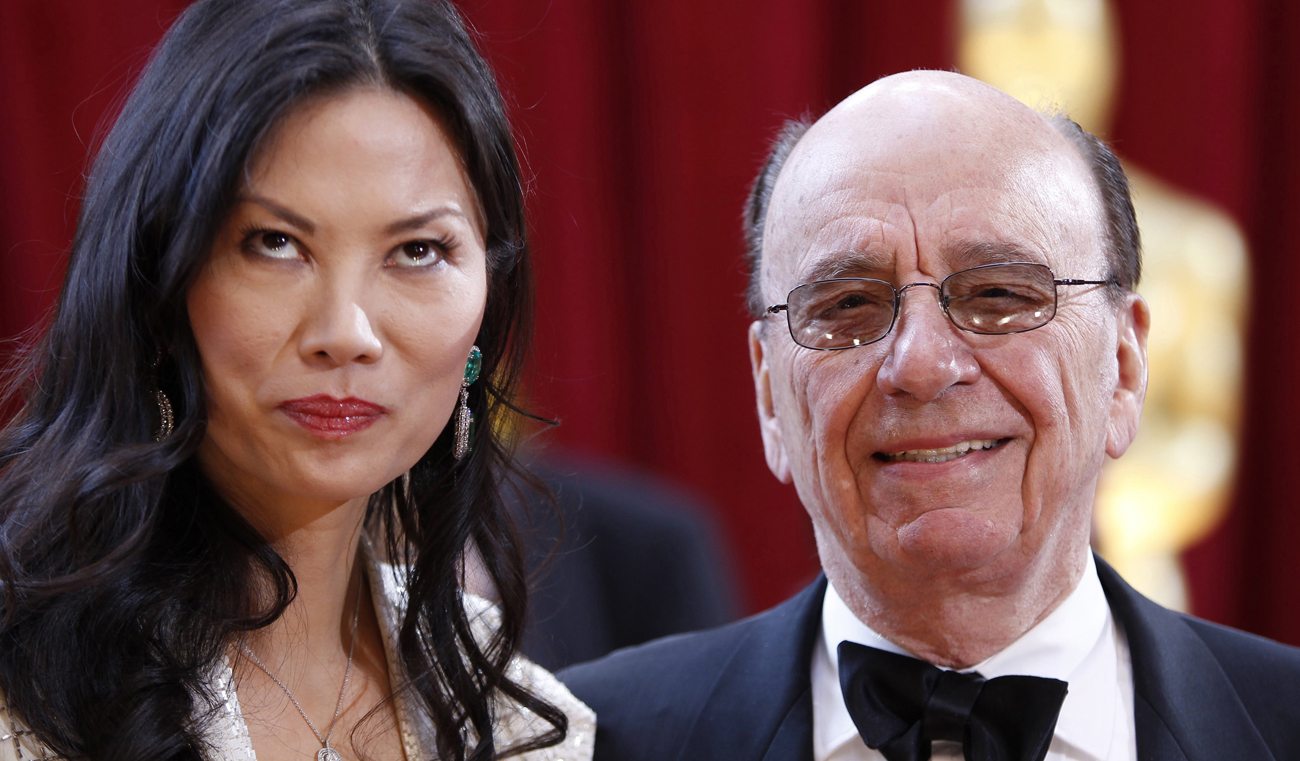 News Corp Chief Executive Rupert Murdoch on Thursday filed for divorce from his wife of 14 years, Wendi, seeking to end a marriage that had been irretrievably broken for more than six months, according to his spokesman. By Liana B. Baker.

Murdoch, 82, married the former Wendi Deng, 44, in 1999 in his third and her second marriage. They have two young daughters.

The divorce filing, which was sealed, comes just days before News Corp is to split into two companies, one containing its entertainment assets and the other holding its publishing business. Murdoch, who Forbes says is worth $9.4 billion, is to be chairman of both publicly traded companies.

Despite the timing, there is no connection between the divorce and the corporate split, said a source close to News Corp who was not authorized to discuss the matter publicly. Deng could not be reached for comment.

Analysts said the end of the Murdochs’ marriage was unlikely to have an impact on the media empire. Murdoch and Deng had a prenuptial agreement, according to a person familiar with the situation. Their girls, Grace and Chloe, have stakes in the family trust that holds the Murdochs’ stake in News Corp, but they do not have voting rights.

“I doubt it has a substantial impact on the spin,” Gabelli & Co analyst Brett Harriss said, referring to the News Corp. separation. “Given that it’s his third wife, I see it unlikely that he didn’t plan for this contingency.”

Deng is represented by attorney Pamela Sloan, chair of the Family Law section of the New York State Bar Association. Sloan, a partner of the firm Aronson Mayefsky and Sloan, did not immediately return a call seeking comment.

Details of the prenuptial agreement were not known and it was not clear who would move out of the Murdochs’ apartment in New York City’s tony Upper East Side.

Murdoch also has four grown children, Prudence from his first marriage, and Lachlan, James and Elisabeth from his second.

FROM INTERPRETER TO STAR

Deng, the daughter of a factory director in Guangzhou, China, came to the United States in 1988 after serving as an interpreter for a Los Angeles couple working in China. The couple sponsored her to live with them, and the husband later left his wife and married Deng.

After their brief marriage, Deng went on to get an MBA from Yale and landed a job at News Corp’s Star TV as an intern in 1996. She met Murdoch in 1998, when she was a junior executive who acted as his interpreter during a business trip to China.

The pair married shortly after Murdoch divorced his wife of 31 years, Anna.

To many people outside the media industry, Deng is best known for defending her husband from a foam pie a prankster threw at the mogul while he was testifying before the British Parliament over News Corp’s phone-hacking scandal in July 2011.

More than halfway through the hearing, Deng suddenly leapt from her seat to intercept the pie with a furious slap, gaining the nickname “tiger wife.”

The divorce is bound to be fodder for tabloid newspapers around the world, though Murdoch’s own New York Post and The Sun did not have their own stories on their websites more than four hours after the news broke.

The Post offered a link to a partner video headlined “Billionaire News Corp. Owner Rupert Murdoch Divorcing Wife #3.” Murdoch’s more sedate Times of London had the story near the top of its homepage, with the straightforward “Rupert Murdoch: files for divorce from wife Wendi.”

An early jab came from the media website Gawker, which offered its best parody of a Post headline.

“Loveless Body in Pointless Marriage,” Gawker wrote, using the Post’s typeface imposed over a picture of Murdoch and Deng. DM