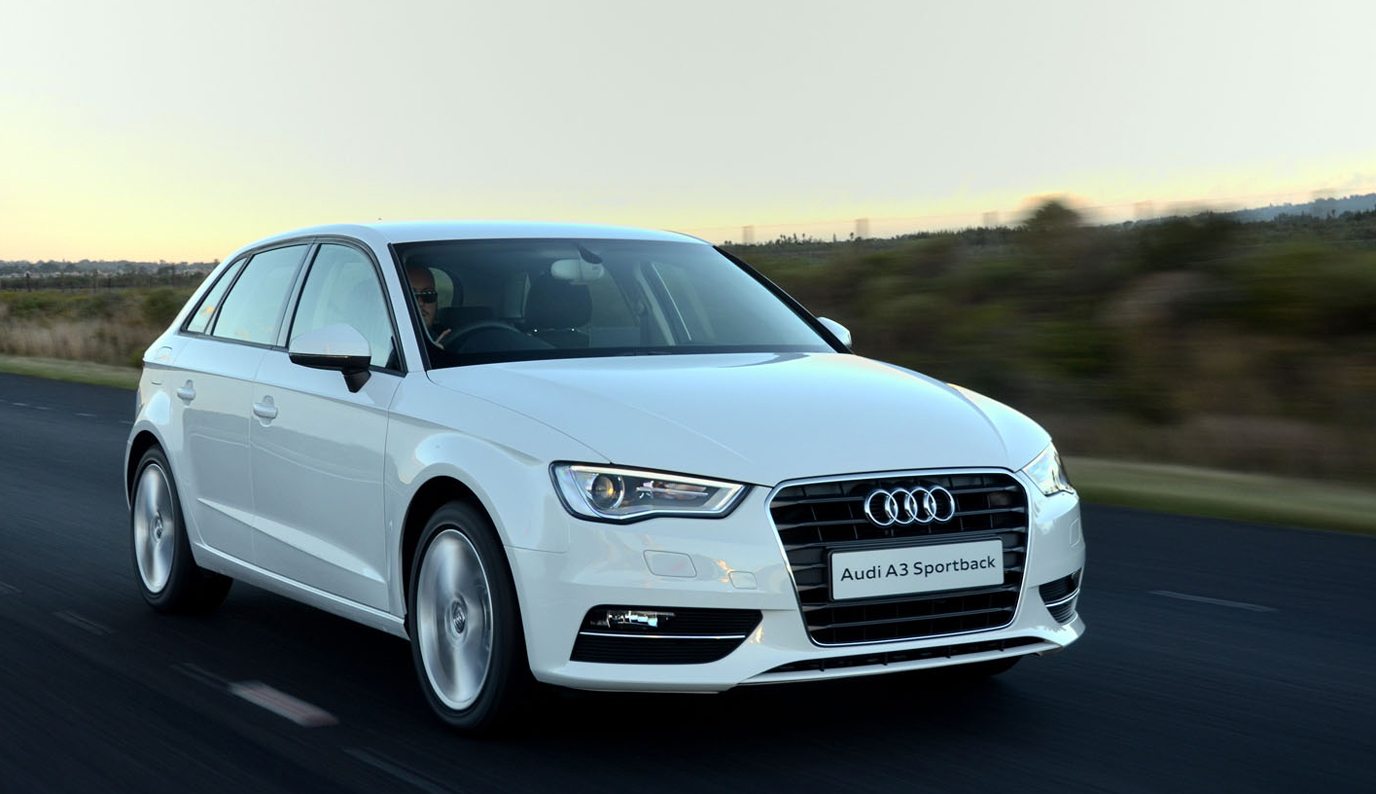 Is there such a thing as the perfect car? No – the specific requirements of individual motorists differ too much. But there are models that offer such an array of features, functions and capabilities so balanced that their appeal embraces a wider audience than most. Audi’s latest-generation A3 Sportback – and the 1.4 TFSI model in particular – represents a near-perfect balancing act. By DEON SCHOEMAN.

South Africans are among the world’s most demanding motorists – and who can blame them, given the high acquisition and running costs of a new car, the long distances typically travelled, the virtually non-existent public transport system … and the fact that the car is also a symbol of status and success?

It’s that latter factor – the aspirational value we attach to our cars – that has propelled the premium brands (think Audi, BMW and Mercedes-Benz, primarily) to volume levels which, in the context of our emerging market economy, seem completely out of kilter.

Interestingly, the lion’s share of those premium car sales belongs to the so-called compact premium sedans – the likes of BMW’s 3-Series, the Audi A4 and the Mercedes-Benz C-class. But it’s also true that those so-called compact sedans are no longer that compact any more, and their price tags have grown accordingly.

No wonder then that many buyers are looking at smaller, more affordable (and by implication, more economical) models, but still within the premium brand environment. BMW’s 1-Series has been a core contender in that category, as has been the Audi A3.

That Mercedes-Benz recently added a premium hatchback (and a front wheel-driven one, at that) to its model line-up in the form of the new-generation A-class serves as confirmation that the premium hatchback segment is becoming increasingly important.

Over its two generations, the BMW 1-Series has earned itself a reputation for sporty dynamics and youthful appeal. The A-class, as the new boy on the block, is being positioned in a similar, racy vein. By comparison (and perhaps surprisingly so), the Audi A3 Sportback is a somewhat more conservative proposition.

The second generation of Audi’s five-door hatchback made its debut in April, and at face value, it springs few surprises. The silhouette, the frontal view and the overall stance of the latest version remain instantly recognisable, and unless you have the previous model on hand for comparison, it’s easy to mistake new for old in passing.

Of course, that doesn’t do the new A3 Sportback any justice, because truly new it is – starting off with a brand-new chassis that promises substantial strides in handling response, comfort and refinement. But the exterior, for all its apparent familiarity, is also brand new.

The lines are sharper and more sculpted than before, with chiselled lines and clean surfaces that create a crisper, more contemporary look. The large, single-frame grille that has become an Audi hallmark continues to dominate the front, but the headlights are slimmer and there’s an minimalist elegance to the overall shape that suggests timeless appeal.

And here’s something else to consider: in visual terms, the distinctions between the most affordable 1.4 TFSI model under discussion here, and the range-topping 1.8 TFSI SE are not substantial – and with wheels and an S-line body kit, they become indistinguishable. Besides, the aesthetic appeal of the new A3 rely less on the add-ons and more on the keener overall execution.

The interior adopts a similar, less-is-more approach. In fact, one could be fooled into considering the cockpit an expression of Spartan design – which I suppose it is, but without skimping on the extras.

As with the styling, the details are what set the cabin apart from more mundane designs. The seat design is supportive and comfortable without resorting to bold bolsters or exaggerated cushioning. The dashboard’s sculpted shape is functional rather than dramatic, and the switchgear is perfectly positioned and attractively, even finely executed.

Perhaps the most appealing aspect here is the tactile quality of the buttons, the textures and the finishes. Rotary controls are finely knurled, metallic surfaces look and feel like the real thing, and there is a palpable pleasure to sitting in, experiencing and operating the car.

Even the 1.4 TFSI gets a decent level of standard spec. A headline attraction is the slim LCD screen that slides up from the dashboard at start-up, and provides a menu-driven control interface, operated in conjunction with a rotary controller in the centre console.

Of course, comfort is backed up by comprehensive active and passive safety measures that comprise seven airbags, ABS brakes with EBD and EBA, and electronic stability control. However, it’s the smartness of the interior, the feel-good confirmation of being in an upmarket, finely crafted product, that shines brightest here.

And since this is the Sportback model, there is the added practicality of the two rear doors, and a rear bench seat that seems to offer more spacious accommodation than expected. Even the 380-litre boot looks well up to the task of swallowing a reasonable complement of luggage.

It’s easy to forget, then, that this is the junior A3 Sportback, and that the engine tasked with providing its motive urge is a humble 1,4-litre unit. Of course, humble is a relative term: thanks to direct fuel injection and advanced turbocharging, the four-cylinder is good for 90kW of maximum power and 200Nm of torque – stats that would have been linked to bigger engines not that long ago.

In fact, it’s best to ignore any preconceptions about performance based on engine size, and to simply experience what the car is capable of in dynamic terms.

And here’s perhaps the biggest surprise of all: the A3 feels sprightly, lively and willing. There’s no turbo lag, no initial inertia before the car gets going. The throttle response is crisp, and there’s an enthusiasm to the way the Audi reacts to inputs that encourages and entertains.

The performance data credits this A3 Sportback 1.4 TFSI with a 0 – 100km/h acceleration time of 9.5sec, and a 203km/h top speed – stats that confirm, in realistic terms, that this is not a hot hatch.

But there’s an intuitive ease to piloting this A3 that makes every trip a pleasure. It always overdelivers in straight-line performance terms, while matching that eagerness to a chassis that’s both poised and forgiving.

While Audi’s sportier cars can feel almost too taut and uncompromisingly hard-core, the A3 Sportback 1.4 TFSI places the emphasis on smoothness and compliancy, ironing out surface irregularities without having to resort to sloppy damping or slow steering.

Drive it with gusto, and the A3 will thrill and entertain. The chassis’ talents always outweigh the urge on offer, and you can carry speeds into corners that would embarrass many a so-called sportier hatch. The brakes feel sharp but never grabby, and there’s enough feedback to place the car precisely on the chosen line.

Given that fuel costs are grabbing an ever bigger bite of the monthly household budget, the 1.4 TFSI’s fuel efficiency may well be its most attractive attribute. With a combined-cycle consumption figure of just 5.3 l/100km, an everyday driving range of more than 800 km from the 50-litre tank seems more than feasible.

The A3 Sportback 1.4 TFSI is one of those cars that emerges as more than the sum of its parts. It doesn’t have apparent sportiness of the BMW 1-Series, nor the extrovert presence of the Mercedes-Benz A-class. Its interior seems almost too clean and functional at first. And that 1.4-litre engine is also the smallest in its class.

But it’s the way the Audi balances its considerable attributes that sets it apart. It does most things really well, ticks all the important performance, convenience and efficiency boxes, and emerges as a car with an impressive breadth of talent.