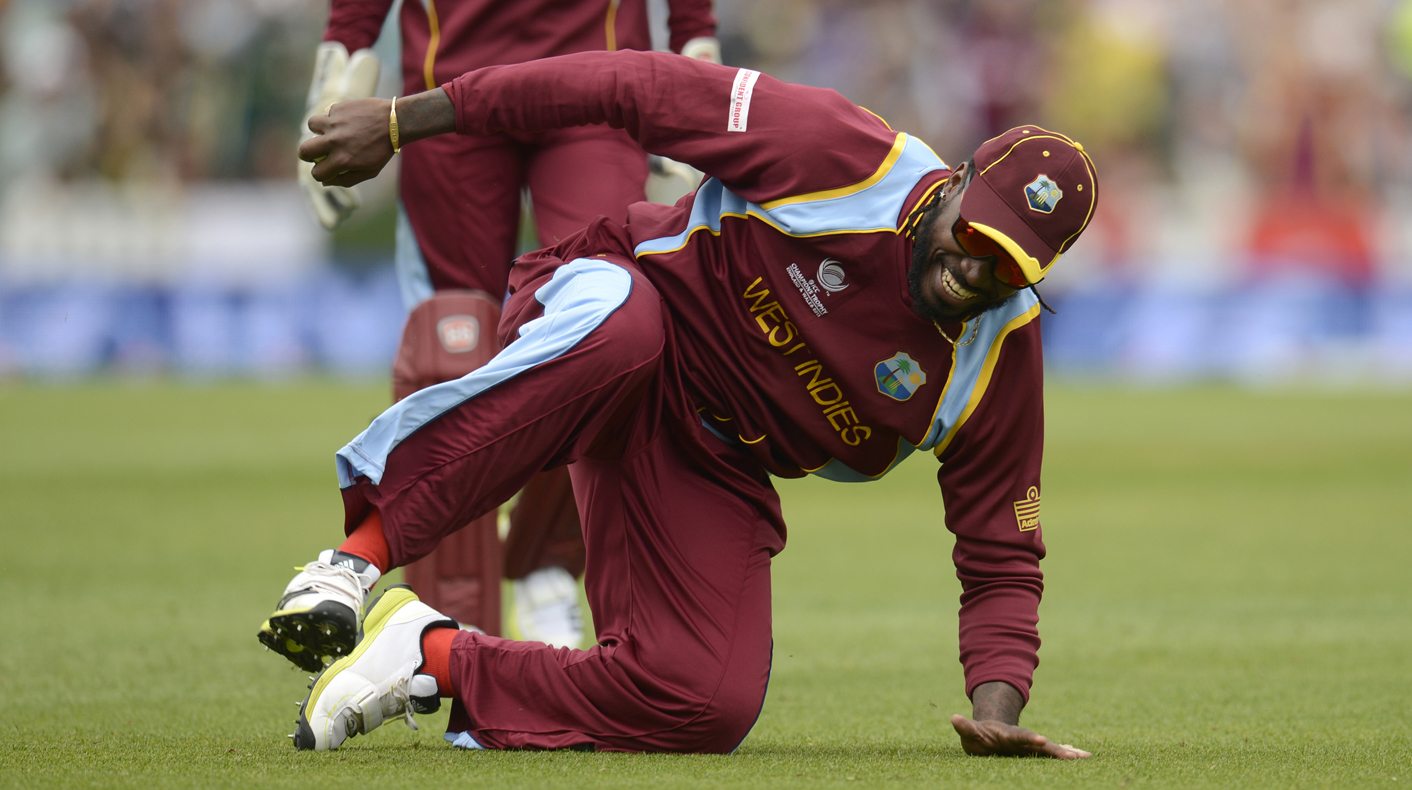 The West Indies beat Pakistan by two wickets at the Oval on Friday. The match had everything, from rain interruptions to a delicate chase, as the Champions Trophy continued to entice and provide at least some sort of motive for one-day cricket’s continued existence. BY ANTOINETTE MULLER.

The West Indies started their Champions Trophy campaign with a tense win over Pakistan. The anxiety and anticipation were helped along by some of the most abject batting displays witnessed since Australia were bowled out for 65 in their warm-up match against India, but it made for some nail-biting cricket – no matter which side of the fence you were on.

A match, featuring two teams considered to have a chance to at least make the semi-finals, was always going to be juicy and while it wasn’t quite the gimme-gimme fodder T20 offers, there was still something for everyone. Controversial team selections, rain breaks, a fierce contest between two giants and a chase which was tense in the flesh, but not on the scoreboard made for the kind of cricket that made the one-day format so popular in the first place. And even though Pakistan looked up against it when they were doomed for 170, the tension never let up.

With Darren Sammy dropped from the starting XI, outrage ensued among cricket fans early on – over a man who averages 21.16 with the bat and 42.44 with the ball. While the slight cloud cover might have suited him somewhat at the start, the Oval is notoriously flat, with a little bit in it for the spinners.

Kemar Roach was to get a taste of the action first up, though, with a destructive spell which would yield three wickets in the first seven overs as Pakistan looked on the back foot early on as they crumbled to 15-3.

“It was very good for me, I got the ball to do a bit in the morning and my radar was on. That helped a lot to put the pressure on them.”

Nasir Jamshed then saved some face, combining with skipper Misbah-ul-Haq for a 90-run partnership before Jamshed met his end at the hands of Sunil Narine, holing out to long-off.

The morning was not without controversy, though, and Windies keeper Denesh Ramdin continued his quest to be the most unsporting cricketer in recent memory by claiming a catch that wasn’t.

Misbah had edged Roach through to the keeper, who managed to get his gloves on it, but lost it somewhere between taking the catch and getting up. The decision went upstairs and umpires ruled that Ramdin was not in full control over the further the release of the ball and Pakistan had been given a lifeline to rebuild after Misbah was on 0.

“What can I say about that? He should have said what happened, but I don’t know what he was thinking at the time, but it wasn’t in the spirit of the game.” Misbah said at the post-match press conference.

Pakistan’s wickets continued to tumble and nobody managed to enter double figures or provide the support the needed by the skipper. It was only when Irfan, the last man out, strolled to the crease that the crowd woke up again, all in hopes of seeing Misbah score a century. After a treacherously slow start, Misbah had finally found his fuel and was hitting sixes at will, but all he had at the other end was a tailender to help guide him through.

It didn’t matter to the crowd and never before had so many people been so excited about a dot ball when their team was in dire straits. As the chants of “Misbah, Misbah, Misbah” grew all the louder, so did the expectation mount – after all, The TukTuk had now let go of the handbrake. But that expectation would be curtailed rather abruptly when Mohammd Irfan met his end with a short ball skied towards short leg, a valiant effort from a man who looks completely disproportionate next to the stumps. Pakistan had capitulated to a meagre 170 in 48 overs and it all looked set for the Chris Gayle show as the Windies walked out for the chase after a short rain delay.

Few players bring the air of expectancy to their stroll out to the middle that Gayle does. He is dwarfed by few things, but next to Irfan, he looked almost small. While the big West Indian was going through his warm-up motions out in the middle, visualising, expecting, willing on the arsenal of shots that so torments bowlers, Irfan was casually limbering up and shadow bowling next to him. Both giants of the game in their own right, it’s the kind of proximity of greatness that makes the Champions Trophy so spectacular. There is no disparity between two teams in any match and a little bit of magic is just around the corner and the battle is never subdued. Gayle and Irfan continued their battle as Pakistan tried to square the big man up. And even when they managed it, Gayle tentatively fended the ball away. The few bad balls that came his way were diligently dispatched to the ropes and, with Johnson Charles and Darren Bravo falling early, Pakistan might have had some vague hope that they had a chance.

Gayle and Marlon Samuels, however, had other ideas and the two put on 63 for the third wicket before Saeed Ajmal foxed Gayle with a cleverly disguised doosra. Samuels followed in very next over but, with 90 needed from 32 overs, the Windies were still firm favourites.

The game, although tense, continued to go through the motions and even the odd wicket here and there didn’t stop the Windies from marching to victory, even if they made it far more sticky than it should have been.

“We didn’t make the best use of chasing a small total, but you can’t take anything away from our batsmen. The Pakistan bowlers bowled very well. We can out top on a top situation and that’s more important than how many wickets you lose,” said Windies skipper Dwayne Bravo. DM