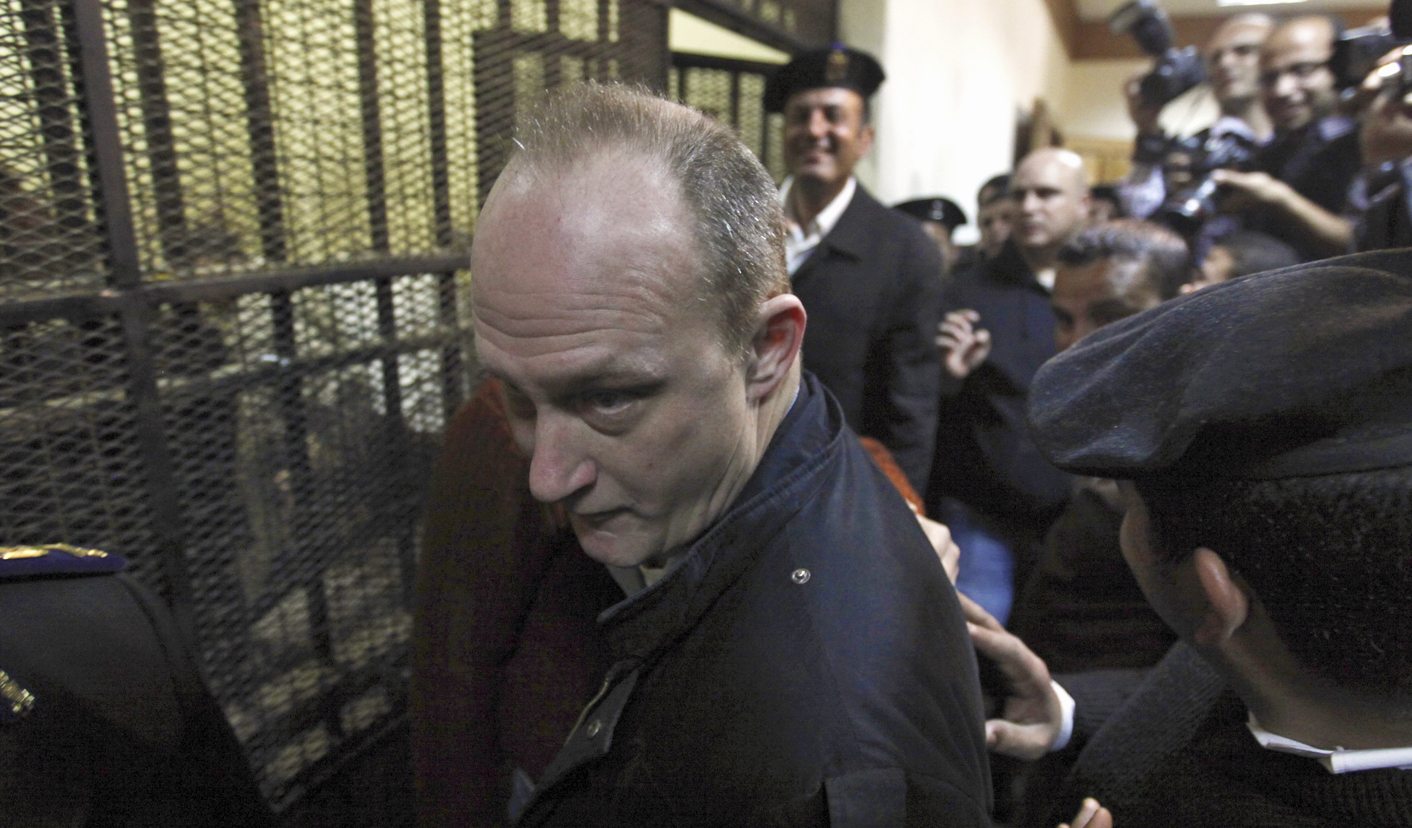 By handing down stiff prison sentences to international NGO workers, Egypt has only succeeded in angering civil society and making the new government look alarmingly like the old. Which is a pity, because the problem underlying this debacle – the overt politicisation of international civil society – is a real one. By SIMON ALLISON.

There’s a part of me that feels quite sorry for Egyptian President Mohamed Morsi. He wasn’t meant to be president, to start with, and now that he is in the hot seat he’s got to figure out how to rule a country where almost every institution is broken and most of the population inherently distrusts his motives. Oh, and the government is pretty much bankrupt too.

To compound his misery, many of the problems he’s got to deal with are not of his own making. Deposed wannabe president-for-life Hosni Mubarak can be blamed for most of them, as can the Egyptian Revolution itself, which for all the change it generated was an unmitigated economic disaster with a devastating effect particularly on the vital tourism industry. Also at fault is the short-lived but awful military junta who squashed themselves into Mubarak’s shoes after his fall from grace – if you’ve forgotten them already, they were the guys responsible for virginity testing, the Port Said stadium massacre, and the prosecution of 43 employees of international NGOs on the flimsiest of charges.

It is this last issue that is giving Morsi and his government their biggest headache right now. A year after the charges were brought against the employees – some Egyptian, some foreign – Egypt’s courts, largely unreformed from the Mubarak era, delivered their verdict. All 43 were found guilty of working for an illegally-established NGO and for receiving illegal foreign funding, and sentenced to jail terms that ranged from one to five years.

Among the 43 are Egyptians, Americans, Serbs, Germans, Norwegians and nationals from various Arab states, and organisations implicated are heavyweights including the International Republican Institute (IRI), the National Democratic Institute (NDI), Freedom House, the International Centre for Journalists (ICFJ) and the German Konrad Adenauer Stiftung Organisation.

Fortunately for Morsi – because a conviction is one thing, and marching people off to jail in front of satellite news cameras is quite another – all the foreigners involved have left Egypt, and most of the Egyptians were given a suspended sentence. Robert Becker, the one foreigner who did remain behind (and was fired by the NDI for doing so), was given a two year sentence, but was allowed to leave Egypt in the wake of the verdict.

No one, it seems, has actually been jailed. Nonetheless, Morsi and his government have received plenty of criticism. Human Rights Watch slammed the “unjust convictions based on an unjust law” that “violate basic internationally protected rights and the rule of law”. German foreign minister Guido Westerwelle is “outraged and very concerned about the court’s harsh decisions”. US secretary of state John Kerry is “deeply concerned” by the “politically motivated trial”.

For Morsi, it’s a diplomatic disaster with the potential for very real consequences. Before the trial, the American government threatened to withhold hundreds of millions of dollars in aid money and withdraw support for a multi-billion dollar loan from the International Monetary Fund unless the American nationals involved were allowed to leave the country. This threat worked wonders, and although Kerry did not reiterate it in his statement, the threat is still hanging over Morsi’s government.

But it’s not an issue that Morsi, or the Muslim Brotherhood movement from which he comes, has had much control over. Egypt is no longer a dictatorship, remember, and the courts operate independently from the executive. As HA Hellyer explains in the Daily News Egypt: “They’re not responsible for the law that this case used, and they’re not responsible for the verdict. Indeed, the leadership might have been hoping that the verdict would be far lighter to avoid the inevitable hassle that is now going to come from international media and foreign administrations.”

There is, however, something Morsi can do to fix the problem. “He could deflect a lot of the pressure if he pardoned the defendants. It would be the smart, legal thing to do, but as it would open him to populist criticism, no one ought to hold their breaths,” comments Hellyer. Thing is, as unpopular as the NGO trial verdict has been with international statesmen, international civil society, and local civil society, there are plenty of ordinary Egyptians – particularly Muslim Brotherhood supporters and feloul, the remnants of the Mubarak regime – who sympathise with the verdict precisely because they think that international NGOs are meddling where they shouldn’t.

Here the identity of some of the organisations involved is important. Most problematic are the NDI and IRI, both American groups associated with American political parties (the Democrats and the Republicans respectively). Neither has much of a track record in Egypt until 2011, when they rushed in with big budgets to try and influence the direction of the new Egyptian government. It’s not hard to figure out why their staunch, explicitly American ideologies would not be welcomed in Egypt’s post-revolutionary limbo. And as far as the NDI is concerned, its experience on the wrong side of Egyptian justice (flawed as it may be) has not tempered its approach. The organisation has just launched training for Egyptian political parties in Cyprus, which is precisely the kind of thing that got it into trouble in the first place. “[They’re] now doing exactly the illegal activity we’re charged with, and rumored to be doing. It doesn’t get more irresponsible than that,” said Hafsa Halawa, an NDI programme assistant who was one of the Egyptian workers on trial.

The politicisation of international civil society is a real problem in Egypt, and elsewhere. That much we can agree on. But the heavy-handed, invasive tactics employed to address it by Egypt’s judiciary – tactics tacitly supported, so far, by the country’s embattled president – aren’t going to make the problem go away. Instead, Morsi’s government just comes out looking a lot like Mubarak’s, leaving the rest of us wondering once again just how revolutionary the Egyptian Revolution really was. DM

Photo: American Robert Becker of the National Democratic Institute (NDI) leaves the defendants’ cage during the opening of their trial, in Cairo March 8, 2012. An Egyptian judge said on Thursday he was delaying until April 10 the trial of civil society activists including 16 Americans accused of receiving illegal foreign funds and pursuing their pro-democracy activities without a licence. REUTERS/Mohamed Abd El Ghany