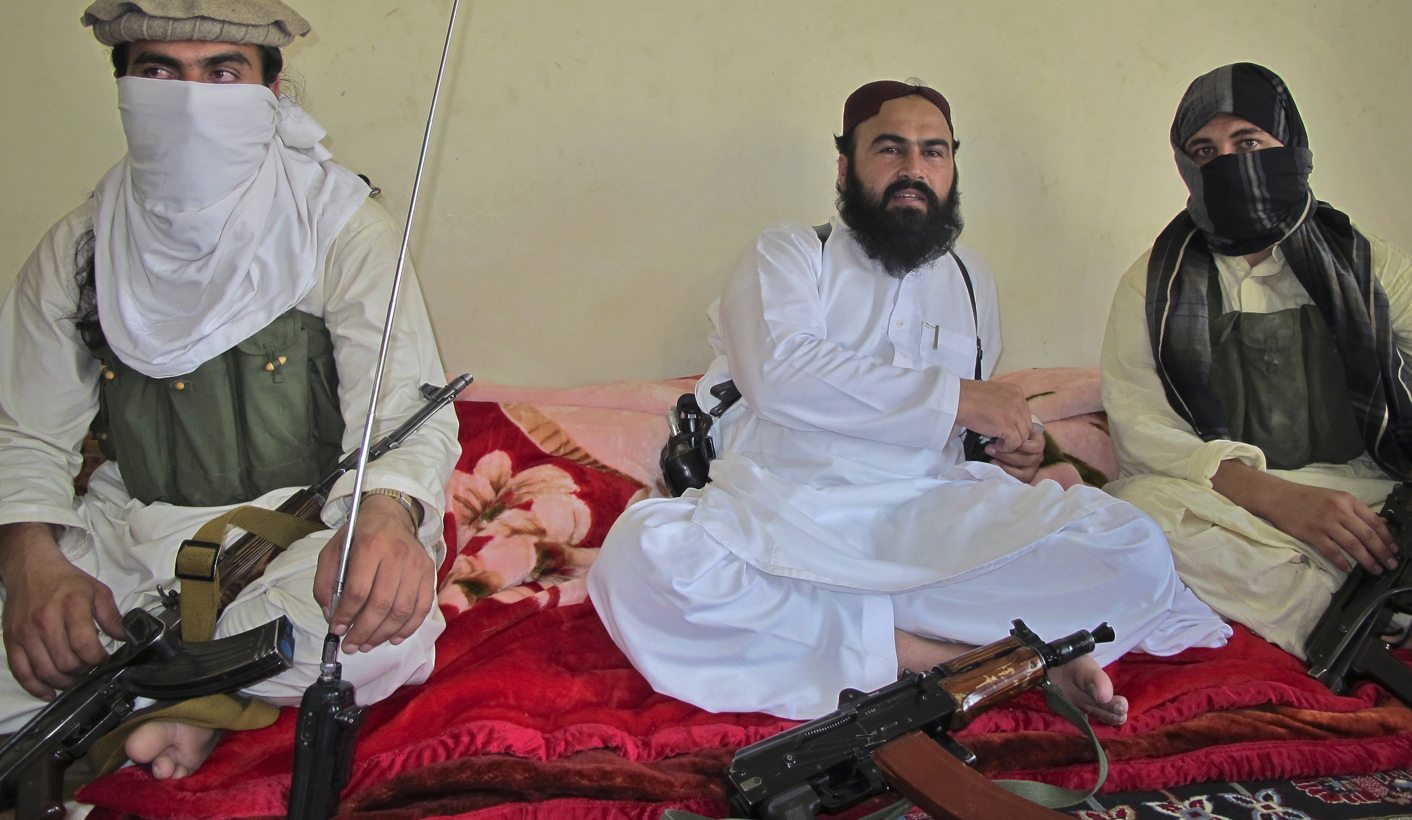 A U.S. drone strike killed the No. 2 of the Pakistani Taliban in the North Waziristan region on Wednesday, three security officials said, in what would be a major blow to the militancy. By Jibran Ahmad.

The drone strike killed seven people, Pakistani security officials said, including Taliban deputy commander Wali-ur-Rehman, in the first such attack since a May 11 general election in which the use of the unmanned aircraft was a major issue.

It was also the first reported U.S. drone strike since President Barack Obama announced last week that the United States was scaling back the drone program.

Wali-ur-Rehman had been poised to succeed Hakimullah Mehsud as leader of the Pakistani Taliban, a senior army official based in the South Waziristan region, had said in December.

“This is a huge blow to militants and a win in the fight against insurgents,” one security official told Reuters.

The Pakistani Taliban are a separate entity allied to the Afghan Taliban. Known as the Tehreek-e-Taliban Pakistan, they have launched devastating attacks against the Pakistani military and civilians.

The White House said Wali-ur-Rehman was wanted in the killing of seven CIA employees and a Jordanian intelligence officer in a 2009 suicide bombing by an al Qaeda triple agent at Forward Operating Base Chapman, Afghanistan. The attack was featured in the film “Zero Dark Thirty” about the hunt for Osama bin Laden.

The Pakistani Taliban leader “has participated in cross-border attacks in Afghanistan against U.S. and NATO personnel and horrific attacks against Pakistani civilians and soldiers,” White House spokesman Jay Carney said.

In line with White House practice not to discuss drone strikes, Carney said he could not confirm the killing. But even his discussion of drone policy at a news briefing was an unusual level of openness for the White House.

Obama said in a major speech last week that the United States would only use those drone strikes when a threat was “continuing and imminent,” a nuanced change from the previous policy of launching strikes against a significant threat.

Under the new presidential guidance, the Defense Department rather than the CIA will take the lead in launching lethal drones, but the CIA is expected to continue running drone operations in Pakistan for now.

Obama’s announcement of scaling back drone strikes was widely welcomed by the people of North Waziristan, where drones armed with missiles have carried out the most strikes against militants over the past seven years, sometimes with heavy civilian casualties.

Pakistani Taliban spokesman Ihsanullah Ihsan told Reuters the group did not have “confirmed reports” that Wali-ur-Rehman had been killed. He declined further comment.

Drone casualties are difficult to verify. Foreign journalists must have permission from the military to visit the Pashtun tribal areas along the Afghan border.

“That the Taliban are remaining silent and neither denying or confirming the news is itself peculiar,” said Saleem Safi, a Pakistani expert on the Taliban. “But if this news is true, then the Pakistan army has the U.S. to thank.”

The security officials and Pashtun tribesmen in the northwestern region said the drone fired two missiles that struck a mud-built house at Chashma village, 3 km (2 miles) east of Miranshah, the region’s administrative town.

They said seven people were killed and four wounded.

“Tribesmen started rescue work an hour after the attack and recovered seven bodies,” said resident Bashir Dawar. “The bodies were badly damaged and beyond recognition.”

The Pakistan government has not confirmed Wali-ur-Rehman’s death.

A U.S. drone killed Pakistani Taliban commander Baitullah Mehsud in 2009. There had been several reports that his successor, Hakimullah Mehsud, was killed the same way but they turned out to be untrue.

“The government has consistently maintained that the drone strikes are counter-productive, entail loss of innocent civilian lives, have human rights and humanitarian implications and violate the principles of national sovereignty, territorial integrity and international law,” it said.

North Waziristan is on the Afghan border and has long been a stronghold of militants including Afghan Taliban and their al Qaeda and Pakistani Taliban allies.

Prime Minister-elect Nawaz Sharif said this month that drone strikes were a challenge to Pakistan’s sovereignty.

“We will sit with our American friends and talk to them about this issue,” he said.

The strike also coincided with the first session of the newly elected provincial assembly of Khyber Pakhtunkhwa, the former Northwest Frontier Province.

Former cricketer Imran Khan’s Pakistan Tehrik-e-Insaf party won most seats in the assembly and denounced the strike, saying Obama had gone back on his word. DM

Photo: Wali-ur-Rehman (C), deputy Pakistani Taliban leader, who is flanked by militants speaks to a group of reporters in Shawal town, that lies between North and South Waziristan region in the northwest bordering Afghanistan July 28, 2011. Pakistan’s Taliban have claimed responsibility for kidnapping a Swiss couple this month, saying they could be freed in exchange for a Pakistani woman serving a jail term in the United States for shooting FBI agents and U.S. soldiers in Afghanistan. Picture taken on July 28, 2011. REUTERS/Saud Mehsud