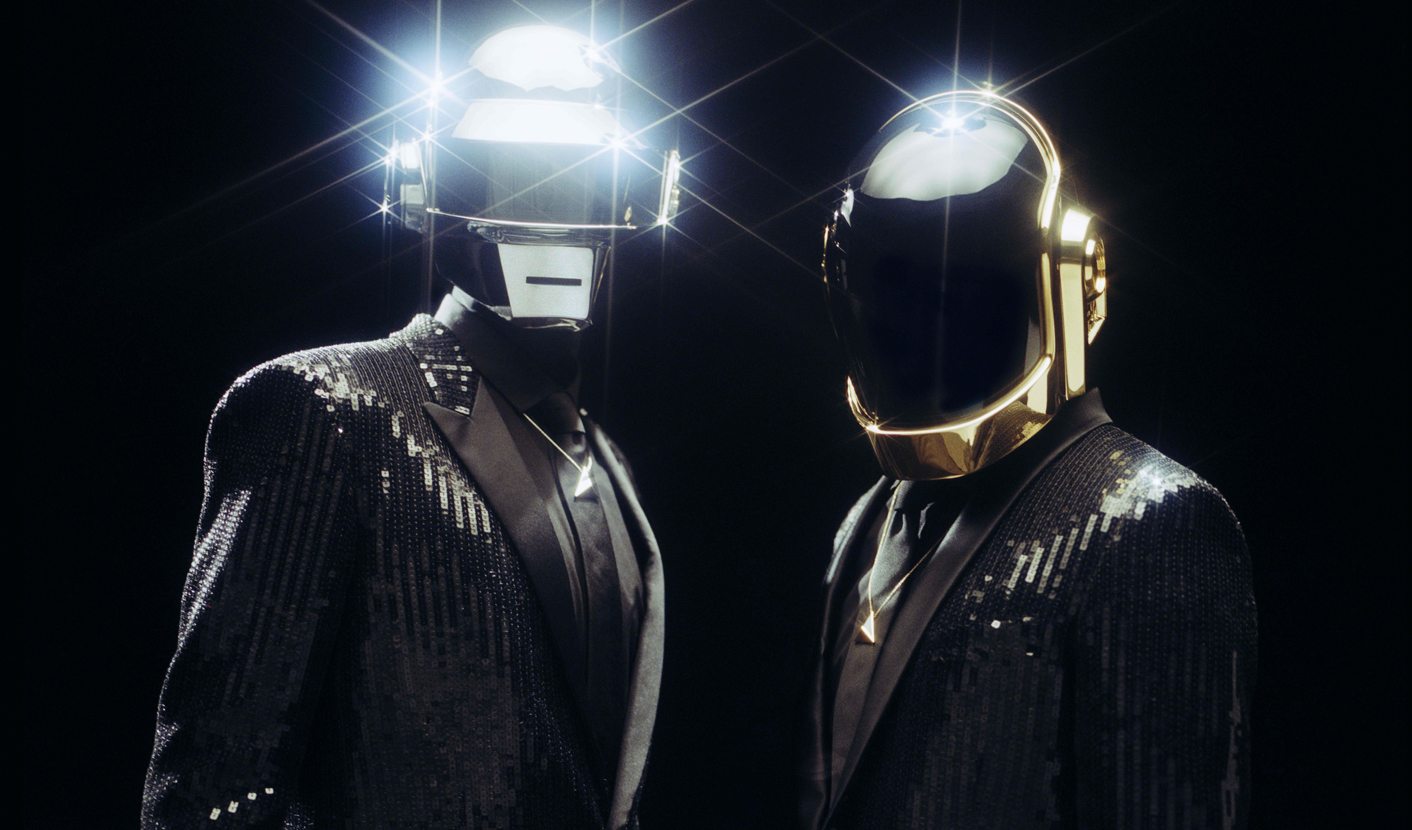 Daft Punk’s latest album Random Access Memories is big and lush and eye-poppingly ambitious, and I have only listened to it a few times on iTunes. So this is not a review. What this is, is a gentle appeal for you not to miss what is going to be one of the better albums of our times. By SIPHO HLONGWANE.

The launch of Random Access Memories must be one of the elaborate and ludicrous in music history. A shower of teaser riffs, an advertising spot on Coachella and a global marketing drive have all preceded the May 21 launch date. On Tuesday, a live stream of the entire album was made available, and it was the first time that almost anyone has heard the tracks. Sony Music South Africa pushed the date of the first local listening session back by a day so that we wouldn’t hear the album before we were supposed to.

The payoff has been massive, even though there has only been one single released. This is easily the most anticipated electronic dance music (EDM) album of the year, if not the most anticipated album. When the first single Get Lucky (featuring Pharrell Williams) was released towards the end of April, it became the most streamed track on Spotify. Amazon confirmed that pre-orders alone would make it the highest selling EDM album of all time, beating out Massive Attack’s Heligoland. This before anyone had had a proper listen.

It has been eight years since Daft Punk’s last album Human After All. The title was something of a premonition, as the robots that burst into popular consciousness in 1997 with the superb debut album Homework went on to make a third album considered too experimental and out-there to repeat early success.

So what is Random Access Memories? It is not a ‘dance album’. At least, these are not the easily-digestible loops and samples of nightclubs. In the single Get Lucky, Pharrell’s falsetto is underpinned by the crunchy funk rhythms of legendary guitarist Nile Rodgers, while tracks like Touch (featuring Paul Williams) are reminiscent of the loopy progressive rock of a past era. I expect that Giorgio by Moroder will be one of the controversial tracks – the track’s bass and guitar, plus pattering drums, initially belie the voice of the legendary Italian dance producer Giorgio Moroder, who describes in a conversational tone his own musical journey, and just when you might be tempted to sit down, the synth bubbles into life and the dance sensibilities roar back.

The Daft Punk duo Thomas Bangalter and Guy-Manuel de Homem-Christo have of late taken to disparaging EDM music, even though they basically created the synth-pop-house music axis that has come to dominate pop music. “Computers are not really music instruments,” Balanger once said.

It would be a huge pity if this album went down as nothing more than an expensive ‘up yours’ to EDM producers out there, even though it feels like it in places. Even though they will undoubtedly try, it is extremely difficult to imagine that anyone will be able to remix the tracks and still get the same feel without the use of live instruments. You get the sense that Daft Punk would rather nobody messed with their perfect album. As indie darlings Daughter proved with their rather limp-wristed cover, perhaps nobody should reinterpret this music.

I have a particular fondness for French electronic music (you might remember I previously waxed eloquent on the virtues of M83, and artists like Kavinsky have played with synth-driven EDM and rap in the most delightful way. But for sheer ambition, nobody comes close to Daft Punk. It’s a 72-minute, thumpingly good exploration of new wave, funk, jazz fusion, synth-pop, 1980s New Wave, smooth soul and house. It’s a vast pastiche to the past, as interpreted by artists who wrote the future of popular music.

Some reviewers think Daft Punk should have kept this as kind of big, complicated production that would have isolated the fans who fell in love with the band in the One More Time era. Others panned the simplicity of the radio and club hits on the latest album. I only wish for Random Access Memories to be treated like a concept album. Whatever you do, do not treat this as a collection of dance hits.

Even though my Animal Collective, Pink Floyd, and Tortured Soul pretensions have been assuaged in huge gulps, Random Access Memories is genuinely entertaining. The riffs on Get Lucky and Lose Yourself to Dance (also featuring Pharrell) will set your local nightclub alight for months to come. After eight years of silence – the Tron soundtrack surely doesn’t count – the fiercest robots on earth are back. See the size of the smile on my face? DM