Ferguson’s timeline – and the numbers that matter 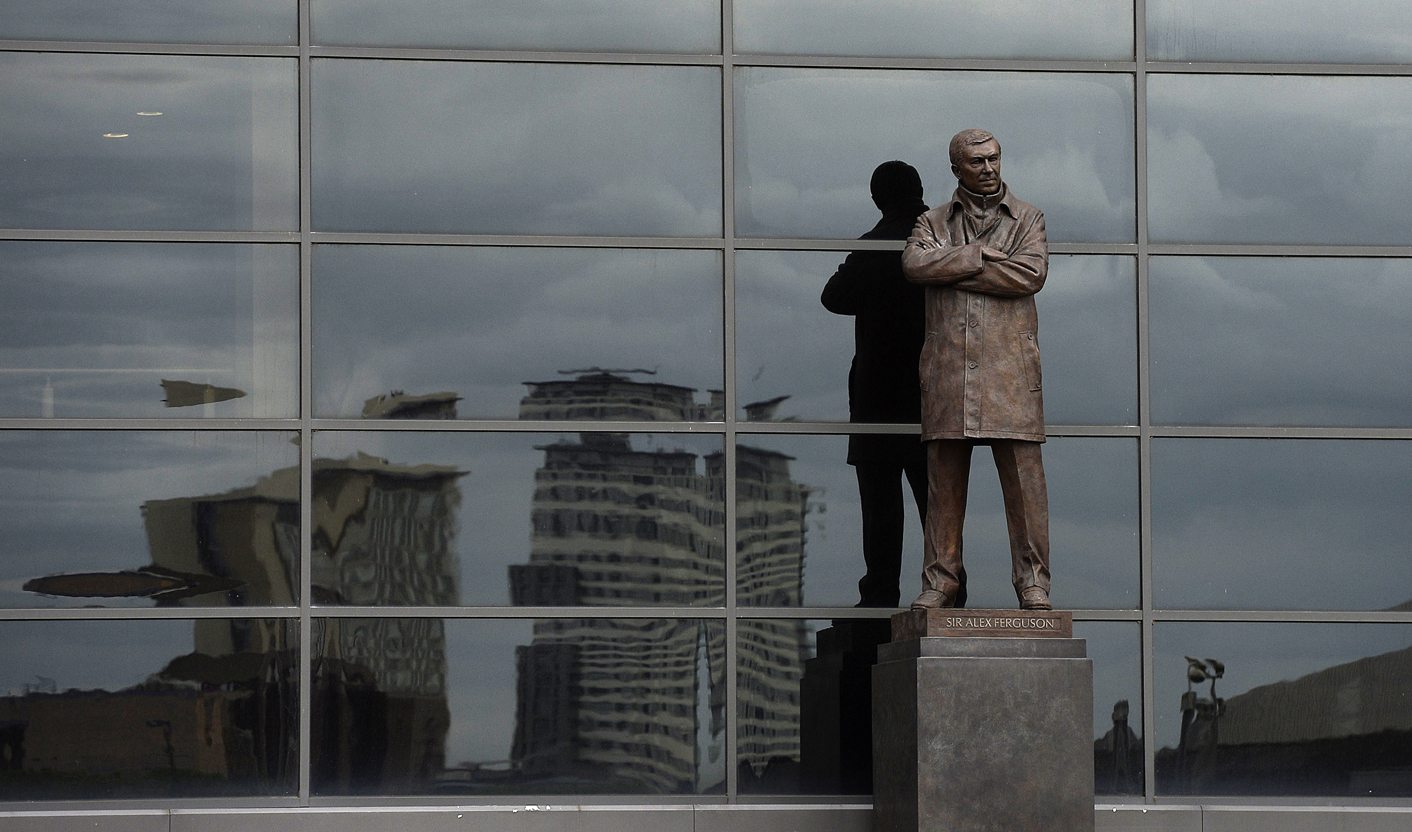 Alex Ferguson has retired as Manchester United’s manager after over two decades at the club. It’s fair to say that he’s one of the greatest, and not just because ‘if you stay for long enough, you’ll win enough’. ANT SIMS takes a look at his career timeline.

Ferguson by the numbers

When Ferguson steps out in his final game as United’s manager, he’ll be in his 1,500th match in charge of the side.

Only 10 other managers have been at English clubs for longer than Ferguson, with Fred Everiss, who was in charge of West Brom for 48 years, being the longest ever.

He broke the British transfer record three times while in charge of United. Andy Cole cost £7 million, while it cost £28 million for Juan Sebastian Veron and £30 million for Rio Ferdinand.

Overall, Ferguson has won 49 titles (with Aberdeen and United), and that record is better than any other British manager in the history of the game.

Sir Alex is the only manager to finish in the top three for 20 consecutive seasons.

A brief timeline of Ferguson’s time at United

6 November 1986 – Where it all began. Ferguson decides to leave Aberdeen after a successful spell and replaces Ron Atkinson at Manchester United.

December 1989 – Reports circulate that he will be sacked after a shaky start to his fourth season in charge. United’s 14th consecutive season in the top season gets off to a good start, but after a 2-0 win over West Ham towards the end of September, they fail to record another win for another 10 games. Supporters are outraged and a banner is held at Old Trafford stating: “Three years of excuses and it’s still crap … ta-ra Fergie”.

7 January 1990 – Off the boot of Mark Robins came a goal which many say saved Ferguson’s job. United beat Nottingham Forest 1-0 in the third round of the FA Cup and went on to win the trophy in May.

August 1993 – The Premier League awards Ferguson with his first manager of the month award. He would go on to win 25 more.

14 May 1994 – Ferguson makes it a double, clinching his first league and Cup win, with Cantona scoring a brace as United beat Chelsea 4-0 in the FA Cup Final.

25 January 1995 – Despite an eight-month suspension, Ferguson talks Cantona into staying on at Old Trafford following the infamous “kung fu kick” incident in which the Frenchman attacked a Crystal Palace fan at Selhurst Park.

The summer of 1995 – Manchester United lose the title to Blackburn Rovers and lose the FA Cup final to Everton. In the wake of Paul Ince, Mark Hughes and Andrei Kanchelskis to leaving the club, Ferguson is doused in criticism.

22 May 1997- Cantona finally retires from football after losing in the Champions League semi-finals to Borussia Dortmund.

26 May 1999 – Thrice as nice for Ferguson as he inspires United a 2-1 win over Bayern Munich to clinch the Champions League trophy along with the Premier League title as well as the FA Cup. They would, controversially, not defend the FA Cup title the following season, upon request by The Football Association, to compete in the inaugural FIFA Club World Championship in Brazil.

27 February 2002 – Ferguson claims he will retire, but goes on to sign a contract extension. “Fergie time” subsequently continues until 2013. The team finished third that season, their lowest ever in the Premier League.

15 February 2003 – Manchester United are beaten by Arsenal in the FA Cup and David Beckham comes out of the change room with a stitched-up eye after the manager reportedly throws a shoe at him.

27 May 2004 – No love for the BBC from Fergie after they air a documentary called Father and Son, about football agent Jason. The son, of course, is Sir Alex’s offspring, which portrays the youth as exploiting his famous father’s influence. Ferguson Jr. was never found guilty of any wrongdoing, and Sir Alex was outraged. He refused ever to speak to the BBC again.

May 2005 – Fans criticise Ferguson for endorsing the takeover by the Glazer family. They confirm he will stay in his post as manager.

29 October 2005 – After losing 4-1 to Middlesbrough, Roy Keane lashes out at teammates in an interview with MUTV. He leaves the club just two weeks later.

14 May 2011 – United claim their 19th league title, knocking Liverpool off their perch.

8 May 2013 – A whole era of football comes to an end as Ferguson announces he will retire at the end of the season. DM