Syria: Who are the good guys, really?

Syria: Who are the good guys, really? 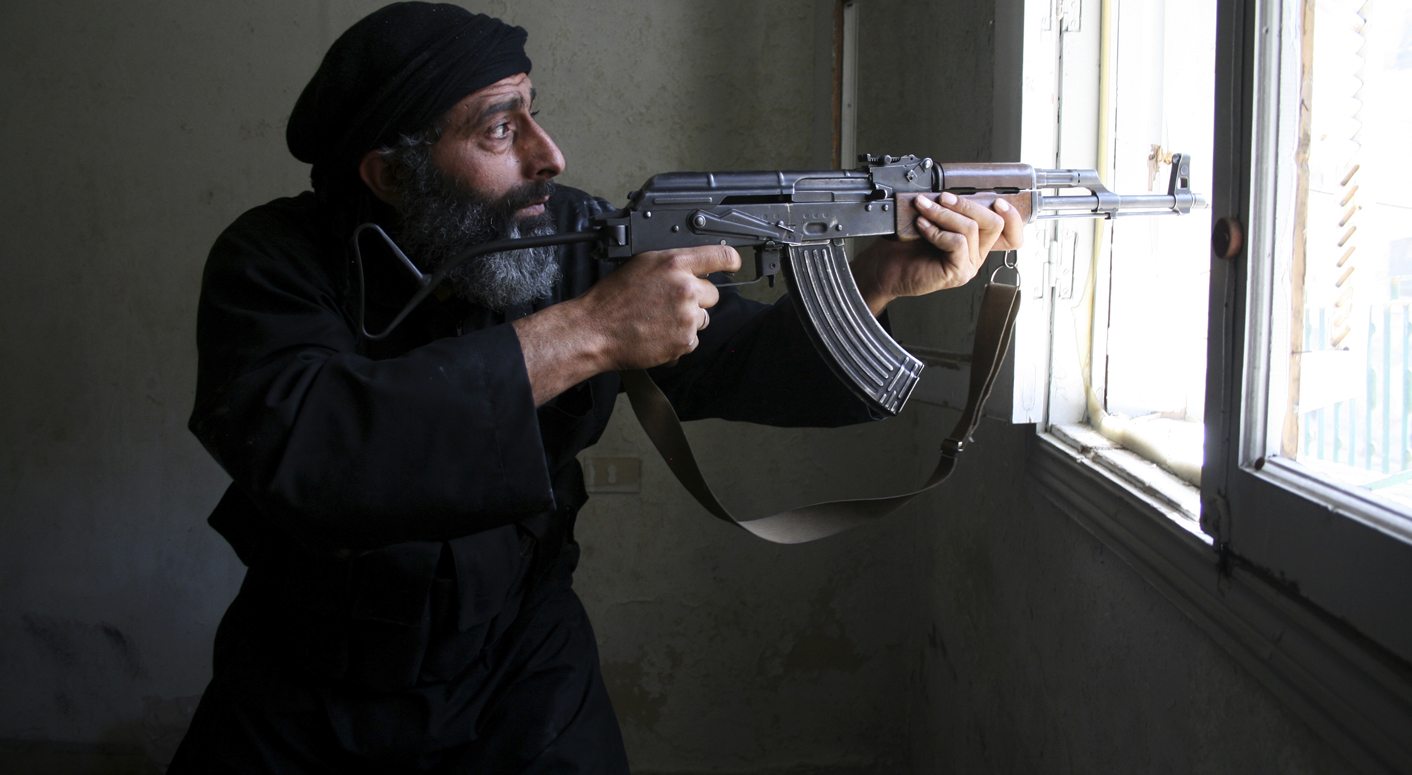 For those of you already struggling to make sense of the Syrian situation, it just got a whole lot more complicated thanks to revelations that the rebels – the ones fighting for freedom and democracy and all that good stuff – may have broken out the poison gas in their struggle against the Syrian government. Chemical warfare is meant to be the ‘red line’ in Syria, but it wasn’t the rebels who were supposed to cross it. By SIMON ALLISON.

To help us understand their position on Syria, the United States last year very helpfully outlined what exactly it would take to rouse the world’s foremost military power to action. Civil war, mortar attacks, aerial bombardment – bad, but not bad enough. Chemical warfare, on the other hand – now that’s a problem.

“We have been very clear to the Assad regime, but also to other players on the ground, that a red line for us is we start seeing a whole bunch of chemical weapons moving around or being utilized. That would change my calculus,” said President Barack Obama in a speech in August.

Vice-President Joe Biden echoed his boss’s sentiments in March. “Because we recognise the great danger Assad’s chemical and biological arsenals pose to Israel and the United States, to the whole world, we’ve set a clear red line against the use or the transfer of the those weapons.”

Well, whatever consequences are involved in crossing this red line – these were never spelled out – we should be about to see them, because all signs indicate that the red line has been or is about to be crossed.

But it’s complicated – because it’s not the supposed to be the ‘good guys’ doing the crossing. Speaking to journalists, a United Nations investigator looking into human rights violations in Syria had this to say: “According to the testimonies we have gathered, the rebels have used chemical weapons, making use of sarin gas,” said Carla del Ponte. “We still have to deepen our investigation, verify and confirm (the findings) through new witness testimony, but according to what we have established so far, it is at the moment opponents of the regime who are using sarin gas.”

It really wasn’t supposed to turn out this way. In 2011, when the Syrian rebellion kicked off in earnest, it followed the classic Arab Spring narrative of evil regime versus oppressed citizens looking to throw off the yoke of injustice and live in a land of freedom, democracy and human rights. But of course, it wasn’t as simple as that in any of the Arab Spring countries, and Syria was no exception. And as the conflict has got bigger, nastier and more entrenched, so the fight has strayed ever further from the simple story of ‘good guys’ versus ‘bad guys’.

Of course, the ‘bad guys’ are pretty bad. Syrian President Bashar al-Assad has shown little compunction about turning his guns on his own people, and he’s backed up in the international community by Iran, Russia and a China’s ‘hear no evil, see no evil’ approach. Reports of arbitrary detention and torture committed by his men are rife, and there’s no question that he has authorized devastating aerial bombardments. The government has also been implicated in the use of chemical weapons, although this has been in the vaguest way possible (the US said it had “varying degrees of confidence” that the government had used chemical weapons on the rebels, whatever that means).

But the supposed ‘good guys’ are problematic too. Human Rights Watch has documented a number of rights violations committed by the opposition, including “kidnapping, torture, and what appear to be extrajudicial executions”. Worse, especially for confused western policy-makers, is that much of the opposition’s military impetus comes from Islamist fighters imported from other conflicts such as Afghanistan or Libya. These fighters are aligned more with the values of fundamentalist organisations such as Al Qaeda than the liberal ideologies espoused by the west. This has been, in part, why the United States has been so reluctant to get more involved.

And now the opposition is apparently using Sarin gas. This is seriously nasty stuff – as you’d expect of something invented by Adolf Hitler’s scientists. It’s 26 times more powerful than cyanide, and in liquid form a drop the size of a pinhead is fatal. It’s what Saddam Hussein used to gas the Kurds in 1988, killing 5,000 people in just three days (one weapon of mass destruction he actually had in his arsenal). It’s also what Japanese terrorist cult Aum Shinrikyo used in their poison gas attack on the Tokyo subway which killed thirteen people, injured dozens more and left hundreds with long-term health problems.

So what is it doing in the hands of Syria’s freedom fighters? And how did it get there? Of course, both these questions are impossible to answer until the facts have been confirmed – if they are confirmed. For now, we can only speculate. Perhaps the rebels were able to steal some from government stores – Assad is reported to have his own stockpiles. Or perhaps they got it from Libya, along with all the other arms and ammunition that found their way from Gaddafi’s collapsed regime to Syria.

As for a possible motivation, well this theory from Daniel McAdam (a former foreign policy advisor to Ron Paul) makes a lot of sense. He’s explaining why the recent UN report of rebel involvement with Sarin gas is easier to buy than the previous, also unconfirmed reports of government use:

“Of course anyone whose brain fired on more than one cylinder should have questioned why in the hell the Syrian government would use in such a limited and militarily insignificant way the one weapon it knew would likely bring on a US and NATO Libya-style intervention. It made no sense at all for the Syrian government to use ‘just a little’ sarin – not enough to do more than kill a few people, nothing to alter the course of the war – knowing about ‘red lines’ and a US/Saudi/Qatari/Israeli/Turk bloodlust to invade. On the other hand, it made all the sense in the world for the insurgents to release some sarin here and there, make some videos of the victims, and email the links to some very willing Israeli generals and McCainian rabid warhawks in the US and their absurd poodles in the UK and France.”

In other words, it makes sense for the rebels to help the Syrian government cross that infamous red line – because, once crossed, international support would presumably come down in favour of the rebels.

This tactic, however, may have backfired with the United Nations’ revelation of potential opposition involvement. All that’s happened now is that, struggling to differentiate good guys from bad, the international community has even less incentive to get involved. DM