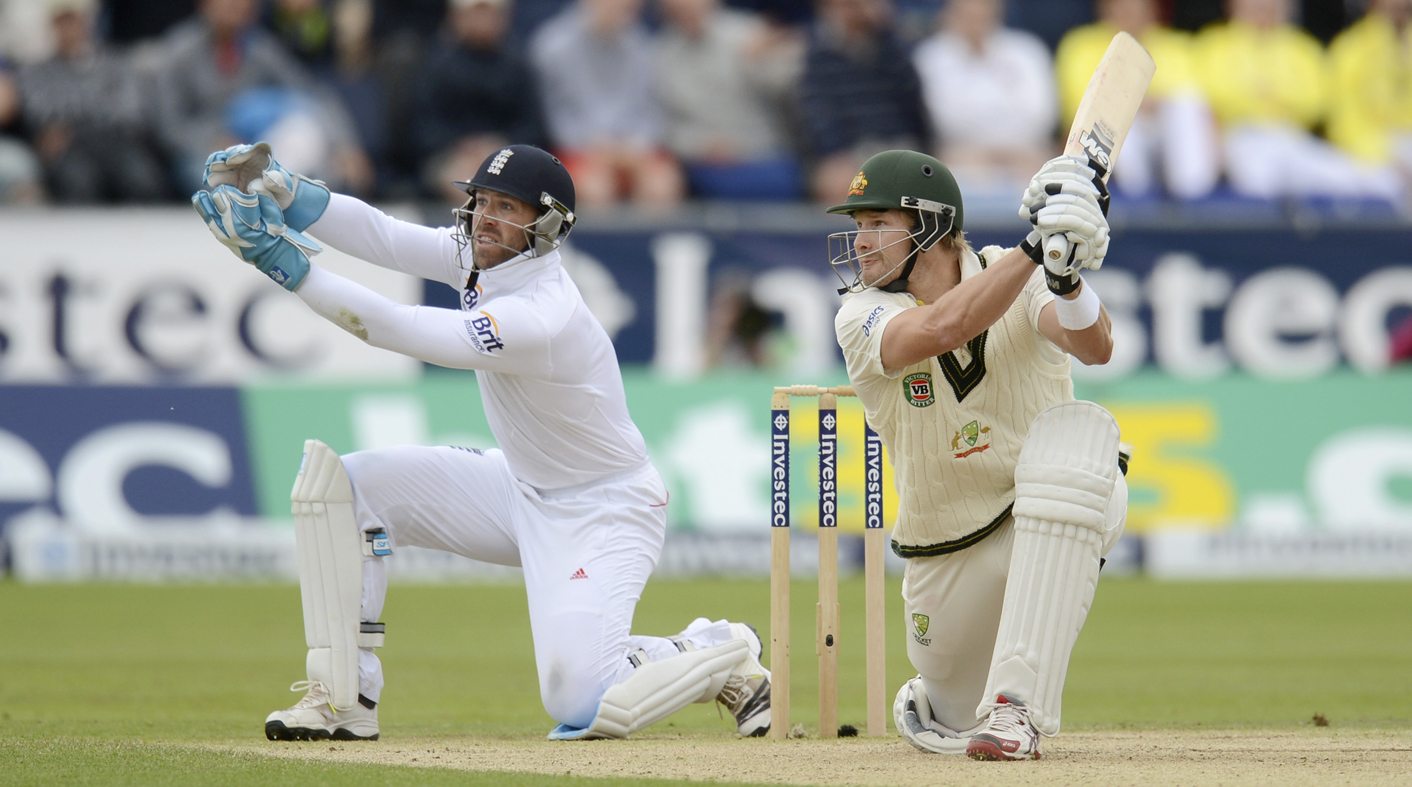 Just a few months before the Ashes series is due to kick off, Shane Watson has stepped down as Australia’s vice-captain across all formats. His form has been poor since being named in the role, and the all-rounder insists he wasn’t pushed by the powers that be. But it all sounds a bit too much like window-dressing for an organisation in apparently increasing distress. By ANT SIMS.

Shane Watson has decided to stand down as Australia’s vice-captain across all formats, with little over a month to the Champions Trophy and just over two months before the Ashes series in England.

The all-rounder insists that his decision was purely a strategic one, as he wants to focus all his energy on his actual on-field performance – something which hasn’t quite been up to scratch lately. Yet it’s another brick in the seemingly crumbling wall of the current Australian cricket set-up.

Watson, controversially, was dropped from the team during their recent tour to India, when he failed to complete an assignment handed to him by coach Mickey Arthur. On the day that he was dropped, Watson returned home to Australia to be with his wife – who was expecting their first child – and hinted that he was seriously considering his cricketing future. Just a few days later, the tables had turned yet again and Watson stood in as skipper in the final Test as Michael Clarke missed out through injury.

Watson hasn’t been in the best form lately, though. He managed just 99 runs at a horrible average of 16.50 during the tour of India. He has not scored a Test ton since October 2010 and has only averaged 24.11 since taking over the vice-captain job.

He insists that he wasn’t forced or asked to quit, but that seems like window-dressing. The role as vice-skipper should not give anybody immunity from getting the chop from the team and the Australian team apparently has no issues with discarding one of its nominated leaders. With his run of form poor and his relationship with the team’s managed seemingly on edge, for various reasons, Watson’s decision to stand down has come at the right time.

“Making the decision to step down wasn’t easy, but it’s something I’ve been thinking about since the Test series against India ended,” Watson said. “I think it’s the right time for a change for both the team and me. I’ll be honest and admit I wrestled with the decision for some time; however, once I made up my mind, I informed Cricket Australia so the selectors could consider their options for the Ashes, given the squads will be announced soon.”

His resignation, however, now opens a whole new can of worms. With only the IPL left to judge form and Ashes squads due to being announced soon, selectors now have to ponder whether he remains worthy of a Test berth. Watson insists that he still has the ability to be a leader, but in a team environment which is increasingly starting to look like a dictatorship and where he reportedly doesn’t see eye-to-eye with one of the men who decide on the names that go on team sheets, Watson might be heading down the same freelance route which players like Chris Gayle and Kevin Pietersen opted for after bust-ups with their gate-keepers.

“I want to be the best Test player I can be for Australia, and think I can do that by stepping down from the vice-captaincy to focus my attention on scoring runs, taking wickets and doing whatever is necessary to help the team achieve success. I won’t be the vice-captain in title but I think I can still be a leader and strong contributor around the group,” Watson said.

With a plethora of players recently having called time on their careers, Watson also added that building towards the future certainly impacted his decision. He insists that he figured out the need for a succession plan all on his own – without any pressures from above.

“Michael [Clarke] and myself are the exact same age and I suppose it’s been in the back of my mind as well to have a succession plan moving forward over the next few years as to who the next Australian captain will be,” Watson told the Sun-Herald.

“That definitely played a part in my decision as well, knowing that there really does need to be a succession plan in place, I suppose, in place along the lines of Michael and Ricky [Ponting]. I just think the time is right now for me to stand down and allow that process to move forward.

“I haven’t felt pressure from the Cricket Australia hierarchy or anything like that at all. It’s mainly just come down to me, knowing that there has to be a succession plan. I’m very realistic with the team, myself and the structure. That is very important. What CA are looking out for at the moment is a few future leaders of the Australian cricket team.”

It seems Watson is trying to convince himself that he was not influenced or, at least, that he stayed one step ahead. Whatever the actual reasoning, though, Cricket Australia now have to scratch their heads about who exactly is going to be named Clarke’s deputy and who can skipper a team in an Ashes series where their skipper will almost definitely miss out at least one Test due to injury. Who’d want to be Australian? DM