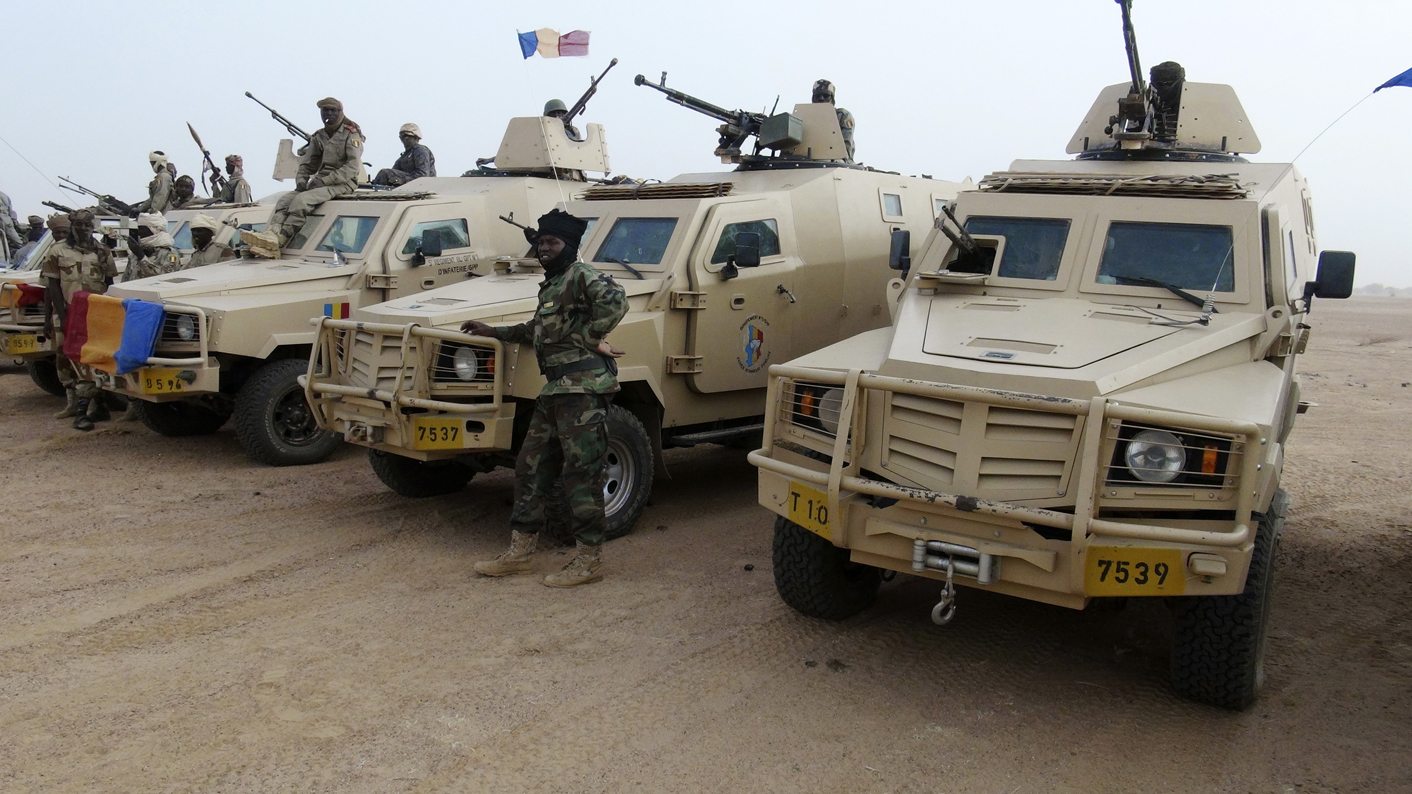 Chad was supposed to be the backbone of the African-led force in Mali. And, until now, that’s exactly what it has been, providing the only African soldiers trained and trusted for combat operations in the tricky desert war against experienced Islamist militants. Chad’s shock decision to withdraw its troops is therefore a serious setback. By SIMON ALLISON.

It’s taken a long time for the African-led International Support Mission to Mali (Afisma) to get off the ground. A very long time. The idea was first mooted in early 2012, as West African countries reacted to the sudden crisis in Mali; more than a year later, there may be some soldiers on the ground, but they are still receiving training from European Union specialists and few are trusted with combat operations.

There is an exception to this. The 2,000-strong contingent from Chad have won the respect of their highly-trained French counterparts with their conduct under fire, and plenty of praise from defence analysts who say that their experience fighting guerrilla rebels at home in similarly hot and difficult conditions make them the most dangerous fighters deployed by the international community in Mali.

Joining French troops after the initial French intervention which clawed back most major cities in the north from the Islamist rebels, Chadian soldiers were involved in the guerrilla campaign’s most significant battle to date, the battle of Isfoghas, where they took the fight to a rebel base in the Isfoghas mountains. Despite sustaining dozens of injuries and 23 deaths, Chad secured the area.

Chadian special forces have also been responsible for claiming the war’s most notable scalps: that of Abdelhamid Abou Zeid, a key commander of Al-Qaeda in the Islamic Maghreb, and Mokhtar Belmokhtar, the notorious militant thought to be responsible for the Algeria gas plant attack (Belmokhtar’s death has not been independently confirmed).

Chad is, in other words, holding up Africa’s end of the bargain when it comes to supporting the military intervention in Mali. But not for much longer.

In an unexpected announcement, Chad’s long-time President Idriss Deby told French reporters that his country would be recalling its contingent.

“Face-to-face fighting with the Islamists is over. The Chadian army does not have the skills to fight a shadowy, guerrilla-style war that is taking place in northern Mali,” said Deby. “Our soldiers will return to Chad. They have accomplished their mission. We have already withdrawn a mechanised battalion.”

Deby is being somewhat disingenuous. His army may not have the skills to fight a guerrilla-style war in northern Mali, but then few armies in history have distinguished themselves against guerrilla campaigns anywhere. For recent examples, just think of the US army in Iraq and Afghanistan. Fact is, Deby’s army is far more qualified than any of the other countries that are taking part in Afisma, including heavyweight Nigeria, which has a less than stellar record of dealing with militant groups at home (like the Movement for the Emancipation of the Niger Delta or, currently, Boko Haram).

So what’s behind Deby’s decision to pull his troops? It’s hard to say, but a number of factors may come into play: domestic pressures, the situation in the Central African Republic (in which Chad is intimately involved), concern about the recent influx of 50,000 refugees from Darfur.

Whatever his motivation, the result is a big headache for Afisma, and an even bigger one for France which was hoping to pull out or at least withdraw from Mali in the near future. Without Chad’s 2,000 soldiers, this will be a lot more difficult to manage.

The decision also plays havoc with future plans for international involvement in Mali. The United Nations has been trying to come up with various ways of coordinating its longer-term response to the Malian situation, all of which fall broadly into two main options: sending a team to supplement and guide the Afisma operation, or evolving Afisma into a fully-fledged United Nations stabilisation mission along the lines of Monusco in the Democratic Republic of Congo.

All plans, however, revolve around Chad’s continued presence, says David Zounmenou, senior researcher with the Institute for Security Studies. “The UN plans to use Chad and the French as a backbone for any operations,” he told the Daily Maverick. Chad is also important politically, Zounmenou added, turning an essentially West African deployment into a continental one. “If we want to make this a West African problem we’re not going to resolve it, because it involves lots of countries that are around Mali in the Sahel – especially Algeria, Mauritania, Niger, and Chad, to a lesser extent. That’s why you see Chad deployed there; because they have combat forces that can take on this kind of challenge.”

Not any more – at least not for now. In his comments, President Deby did add that he would consider sending the troops in again once combat operations have wound down. While welcome, this falls far short of the kind of support Afisma and the United Nations were relying on, and means that all the international efforts aimed at fixing the Mali mess must go back to the drawing board. DM

Photo: Chadian soldiers form a line with their armoured vehicles in the northeastern town of Kidal, Mali, February 7, 2013. Around 1,000 troops from Chad led by the president’s son advanced towards the mountains of northeast Mali on Thursday to join French search-and-destroy operations hunting Islamist jihadists. REUTERS/Cheick Diouara