Canada's Liberals go for youth over experience in Trude...

Canada’s Liberals go for youth over experience in Trudeau scion 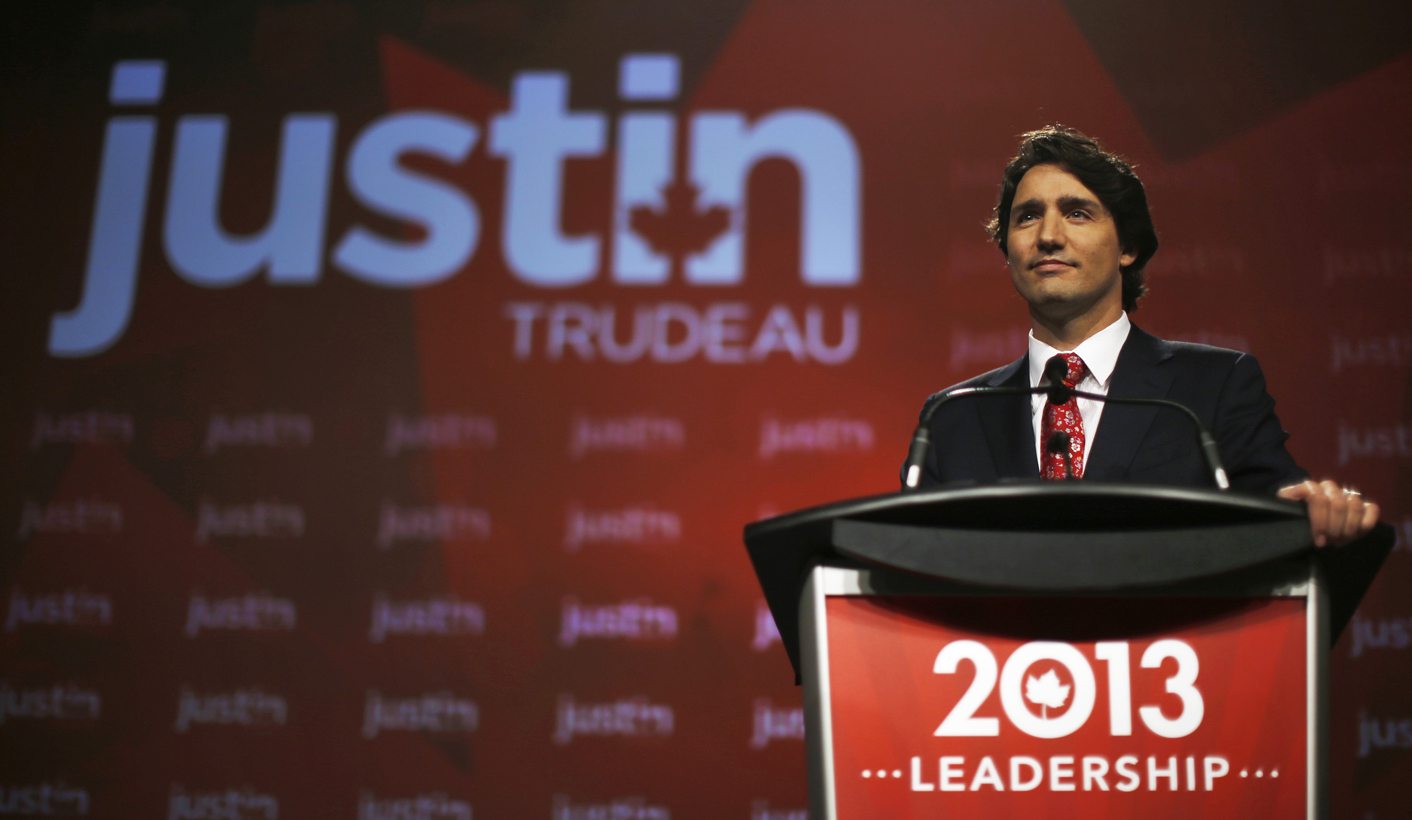 The 41-year-old son of the swashbuckling former Prime Minister Pierre Elliott Trudeau, Justin had been the overwhelming favorite to beat the five remaining candidates in the party election, whose results were announced at a loud Ottawa rally on Sunday evening.

Trudeau had imitated U.S. President Barack Obama in campaigning largely on a message of hope, and he said detailed policy pronouncements will come later, ahead of a federal election due in 2015.

“What Justin Trudeau is benefiting from is probably having the right message at the right time in terms of a swing back to less hyperbole and negativism,” said Nik Nanos of polling firm Nanos Research.

Trudeau will be the Liberals’ seventh leader in the last decade, including two interim bosses, compared with just two leaders between 1919 and 1958.

That reflects the harder times facing the party, which ran Canada for two-thirds of the 20th century.

In the 2011 election, the Liberals fell to third place for the first time, behind the Conservatives on the right and the New Democrats on the left.

But opinion polls show a Liberal Party led by Trudeau would overtake both the NDP and the Conservatives, amid voter fatigue with the ruling party.

A Nanos survey distributed on Thursday had Trudeau eclipsing Mulcair on most leadership indicators and coming within striking distance of Harper. And a Nanos poll released on Friday had the Liberals ahead of the Conservatives 35.4 percent to 31.3 percent, with the NDP way back at 23.6 percent.

“Today marks the beginning of the end of this Conservative government,” former Liberal Prime Minister Jean Chretien, who won three straight majority governments, declared ahead of the announcement of Trudeau’s election.

NDP leader Thomas Mulcair, at the end of his party’s policy convention in Montreal, was pressed repeatedly by reporters on how he would try to counter the Liberals under Trudeau.

He said the fact that the Liberals were on their seventh leader in 10 years showed they had “major problems.”

On Sunday, in what Mulcair said was an effort to reach beyond the NDP’s base, the party eliminated from its constitution a declaration that progress “can be assured only by the application of democratic socialist principles,” though it gave a nod to the NDP’s “democratic socialist traditions.”

Mulcair rejected any cooperation with the Liberals in the next election, noting that the Liberals had walked away from a 2008 agreement to form a coalition government with the NDP and with the support of the separatist Bloc Quebecois.

“It was the Liberals who went back on their word,” he said. “They’re not reliable.”

Trudeau favors legalization of marijuana and some form of carbon pricing. He opposes the Northern Gateway pipeline to take oil from Alberta to British Columbia, on the grounds that it would cross pristine wilderness, but does not oppose the Keystone XL pipeline to the United States.

He also proposes to change Canada’s electoral system to allow voters to register their second and third choices. DM