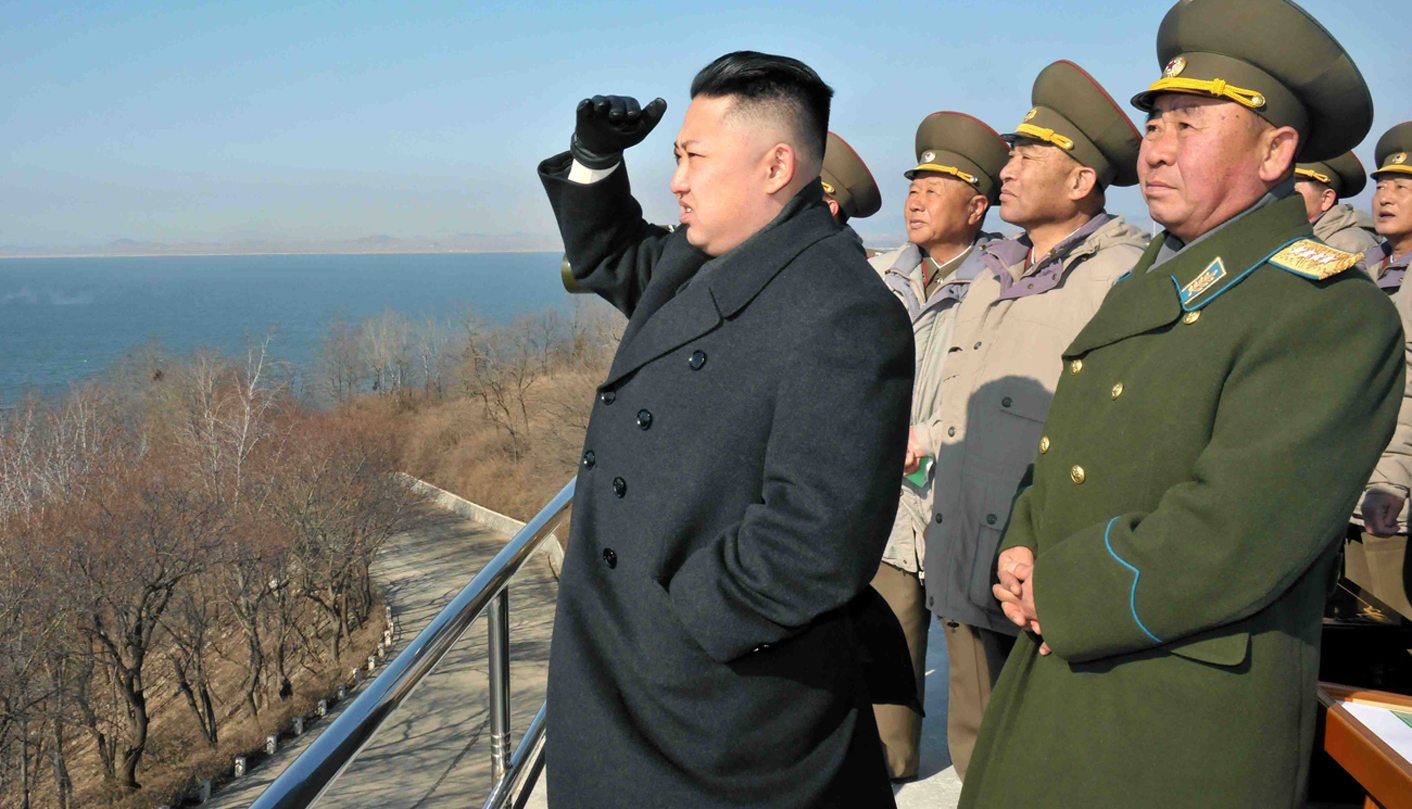 China's leaders issued thinly veiled rebukes to North Korea for raising regional tensions, with the president saying no country should throw the world into chaos and the foreign minister warning that Beijing would not allow mischief on its doorstep. By Ben Blanchard and Jane Chung.

The weekend comments were the strongest yet by China in response to more than a month of North Korean rhetoric that has included threats to launch a nuclear attack on the United States and to wage war with Seoul.

No country “should be allowed to throw a region and even the whole world into chaos for selfish gain”, President Xi Jinping told a forum on the southern Chinese island of Hainan. He did not name North Korea but he appeared to refer to Pyongyang.

“It suggests to me, as I’ve watched the ratcheting up of frustration among Chinese leaders over the last many years, that they’ve probably hit the 212-degree boiling point as it relates to North Korea,” he told CNN on Sunday.

North Korea kicked off its latest round of threats after U.N. sanctions were imposed for its Feb. 12 nuclear test, the country’s third.

Despite the rhetoric, Pyongyang has not taken any military action and has shown no sign of preparing its 1.2 million-strong army for war, indicating the threats are partly intended for domestic consumption to bolster young leader Kim Jong-un.

South Korean media said on Friday the North had moved two medium-range missiles to its east coast, but there has been no confirmation of such a move. Washington has said it would not be surprised if the North conducted another missile test.

North Korean authorities have told diplomatic missions in Pyongyang they could not guarantee their safety from Wednesday – after saying conflict was inevitable amid joint U.S.-South Korean military exercises due to last until the end of the month. Staff at embassies appeared to be remaining in place over the weekend.

South Korea said it was ready for any kind of action – including a possible missile launch – by Wednesday.

Analysts are also looking ahead to April 15, the birthday of the late Kim Il-sung, North Korea’s founder and the grandfather of its current leader. The anniversary is a time of mass celebrations and occasional demonstrations of military prowess.

Beijing negotiated the new U.N. sanctions with Washington and has said it wanted them implemented. The measures tighten financial curbs on North Korea, order mandatory checks of suspicious cargo and strengthen a ban on luxury goods entering the country.

“We oppose provocative words and actions from any party in the region and do not allow trouble-making on China’s doorstep,” Chinese Foreign Minister Wang Yi said, according to a ministry statement on its website late on Saturday, relating a telephone conversation with U.N. Secretary-General Ban Ki-moon.

On Sunday, the ministry expressed “grave concern” at rising tension and said China had asked North Korea to “ensure the safety of Chinese diplomats in North Korea, in accordance with the Vienna Convention and international laws and norms”.

No expert on North Korea has suggested China would abandon Kim or even implement the new sanctions to the letter, but China appears to have run out of patience after years of trying to coax Pyongyang out of isolation and to embrace economic reform.

China’s new leaders, including Xi, do not have the emotional ties to North Korea that their predecessors had.

The 30-year old Kim has also failed to pay fealty to China as his father, Kim Jong-il, and his grandfather did, according to North Korean experts. He has not visited China since taking over when his father died at the end of 2011.

Republican Senator John McCain, a member of the Senate Armed Services Committee, criticized China’s “failure to rein in what could be a catastrophic situation” and said Beijing could step up pressure by using its influence over North Korea’s economy.

“More than once, wars have started by accident and this is a very serious situation,” he added.

The United States said it was postponing a missile test to help calm high tension on the Korean peninsula.

In Washington, a defence official said a long-scheduled test of the Minuteman III intercontinental missile, due to take place at the Vandenberg Air Force Base in California, would be postponed.

“This test … has been delayed to avoid any misperception or miscalculation in light of recent tensions on the Korean peninsula,” the official said on Saturday.

The South Korean president’s office said the country had a “firm military readiness” for any eventuality.

It described as “planned behaviour” the North’s call for South Korean workers to leave the Kaesong joint industrial park, just inside North Korea, and for diplomats to evacuate Pyongyang by Wednesday. Pyongyang has blocked entry to the factory park since last Wednesday, jeopardising one of its few sources of hard currency.

The North has always condemned the annual joint military exercises off the South Korean coast, but its rhetoric has been especially furious this year as the United States sent nuclear-capable stealth bombers from their home bases.

North Korean state television showed a military training session, with soldiers putting dogs through their paces, including one seen tearing to pieces an effigy of South Korean Defence Minister Kim Kwan-jin. Soldiers were shown firing at pictures of the minister and a depiction of a U.S. serviceman.

“As you all know, on the Korean peninsula, it is not a matter of whether we will have a war or not, but whether it will take place today or tomorrow,” an unidentified soldier said. DM