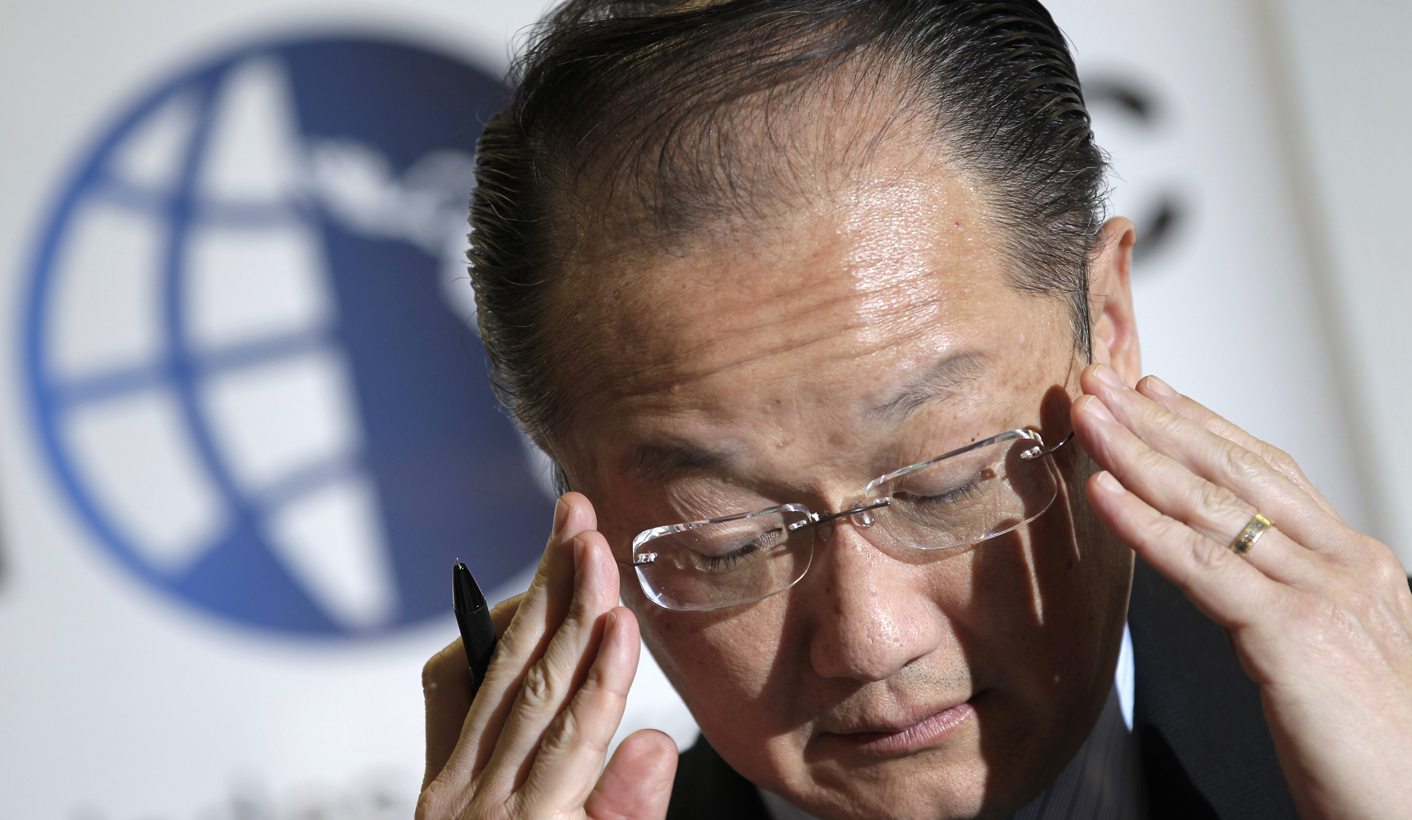 World Bank President Jim Yong Kim on Tuesday called for a commitment by the international community to end extreme poverty by 2030 and to improve the lives of the most vulnerable people living in developing countries. By Lesley Wroughton.

To reach that goal, Kim said the world would have to reduce the number of people living below the poverty line of $1.25 per day to 3 percent globally by 2030, and raise the per capita incomes of the bottom 40 percent of every developing country.

The 3 percent target marks a new goal for the World Bank, which did not provide directly comparable numbers for the current rate of extreme poverty.

The goal would help the World Bank prioritize development projects that have the biggest impact on the poorest and reduce inequality, Kim said.

“Now is the time to commit to ending extreme poverty,” he said in a speech before meetings of the World Bank and International Monetary Fund on April 19 and 20 in Washington.

“We are at an auspicious moment in history, when the successes of past decades and an increasingly favorable economic outlook combine to give developing countries a chance – for the first time ever – to end extreme poverty within a generation,” he added.

The World Bank’s board will consider a new country strategy for India next week that aimed to reduce poverty by an additional 300 million over the next several years. An estimated 50 million people were lifted out of poverty in India over the past five years.

Economists have estimated the poverty rate for the developing world in 2012 at about 19 percent, representing about 1.1 billion people. That is down from 21 percent in 2010, or about 1.2 billion people. The overall poverty rate has been falling by about 1 percentage point a year from 1981 to 2010, according to World Bank data.

The rise of countries like China, India and Brazil has lifted hundreds of millions of people out of poverty, according to the World Bank and the United States.

But most of the success in reducing poverty has been in China, while regions such as South Asia and sub-Saharan Africa still struggle with high poverty levels. Fragile states, such as Afghanistan, are also still mired in poverty.

World leaders have called for an end to extreme poverty, including U.S. President Barack Obama and Malawi’s new leader, Joyce Banda. Brazilian President Dilma Rousseff said last month Brazil was close to eradicating extreme poverty through a flagship cash transfer program for the poor that is being replicated in other countries.

The focus on poverty targets comes as a high-level panel is working on a new global development framework that looks beyond the 2015 U.N. Millennium Development Goals of halving global poverty and hunger.

Kim said economic growth was important but not enough to cut poverty and shrink the growing gap between rich and poor. New development challenges like climate change threaten the livelihoods of millions of poor people, he cautioned.

“Economic growth is vital but we can’t assume that growth at the top will trickle down. We need to create the conditions that will guarantee that the poor participate in development,” Kim said. DM