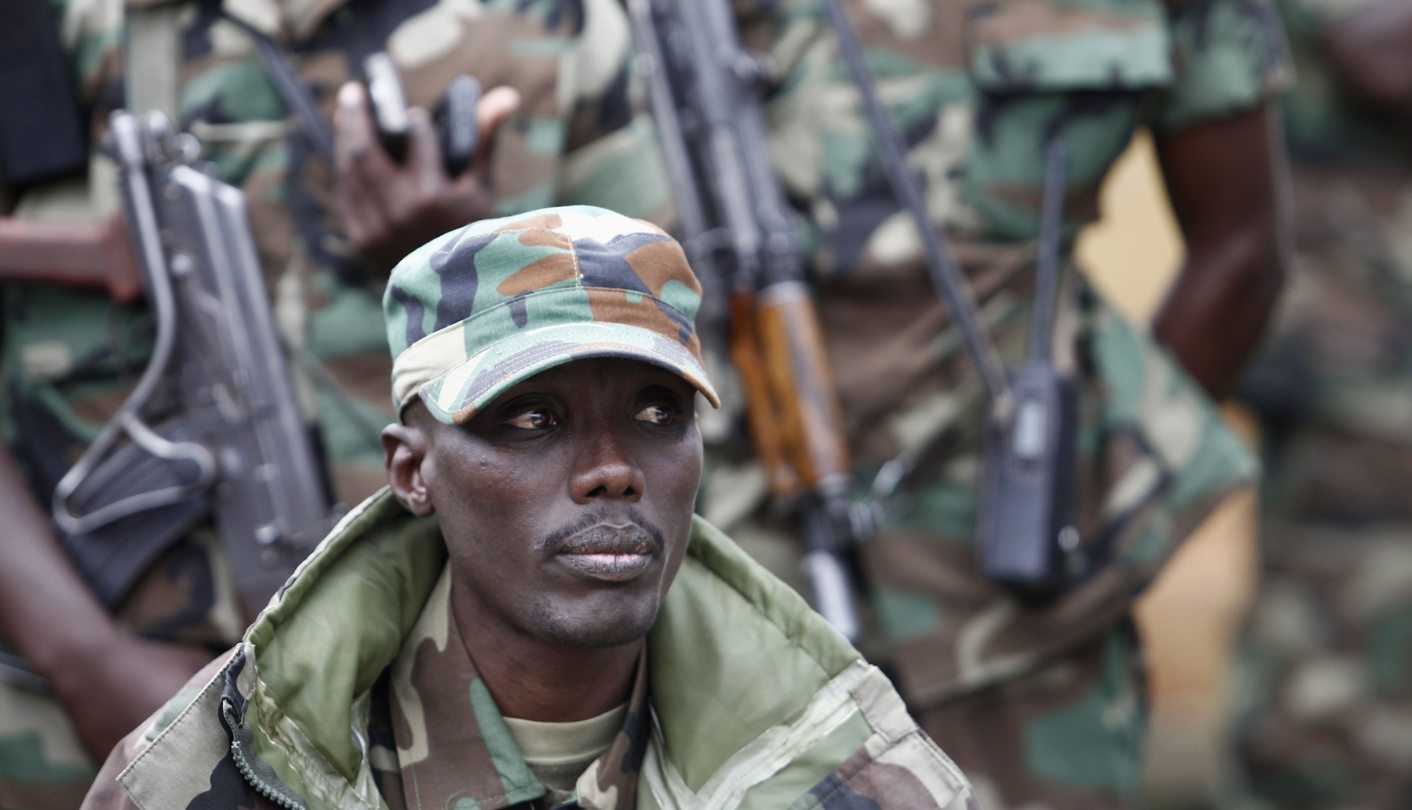 After an initial statement from the South African Police Services (SAPS) alleged members of the rebel military groupM23 had been plotting a coup against the Congolese government in Limpopo, the National Prosecuting Authority later said the 19 men arrested had no connection to the group. Should more be read into that than a simple lapse of communication? By KHADIJA PATEL.

On Tuesday morning South African police said they had arrested 19 suspected Congolese rebels, including two senior members of the M23 rebels, on suspicion of running an illegal military operation in Limpopo province. Without offering any further information, police said the arrests came after a two-month investigation by a crime intelligence unit.

Congolese officials in South Africa were themselves at a loss about who these rebels may be. And when the Daily Maverick spoke to M23 rebel commanders on Tuesday afternoon they were entirely unaware of the arrests. Their own efforts to determine who from among M23 may have been arrested in South Africa were stymied by the lack of information available on the arrests.

In the uncertainty, meanwhile, unverified reports soon emerged refuting the earlier police statement that claimed the group were affiliated to M23. It then appeared as though just one of the 19 suspected rebels had some link to the rebel group that seized Goma, the capital of the North Kivu province late last year. As the day wore on, the supposed connection between M23 and the group arrested in Pretoria grew increasingly thin, until the supposed connection was contradicted altogether later in the day.

Makhosini Nkosi, acting spokesman for the National Prosecuting Authority, released a statement on Tuesday evening firmly refuting earlier information that the group was connected to M23. “At this stage no links have been established between the accused and M23,” the statement said.

According to the NPA statement, the 19 men were in “a remote area of Limpopo to receive specialised military related training to overthrow the current DRC government, under the leadership of [Congolese] President Joseph Kabila.”

The arrest of the 19 Congolese is a boon for the Special Task Force Unit of the SAPS.  Speaking to Voice of America (VOA), police spokesman Lindela Mashigo would not say what evidence police collected to support their suspicions, but said the operation was meticulously planned.

“The takedown follows months of intelligence collection on the alleged rebels whose objective is believed to be overthrow the DRC government,” Mashigo told VOA. “It was carried out with precision; it was executed meticulously by our special task force members. So there were no faults, there were no injuries, I can report.”

The accused are expected to appear in the Pretoria Regional Court on 7 February, on charges of contravening sections 2 and 3 of the Regulation of Foreign Military Assistance Act 15 of 1998. And though no South Africans have been linked to the alleged crimes, the statement warns that further arrests are still possible.

The timing of these arrests is especially significant.

M23 and Congolese officials have been locked in negotiations in Uganda for weeks as the United Nations awaits regional approval on a proposal to bolster the peacekeeping force in the east of the country. M23 was established by General Bosco Ntaganda, who is wanted by the International Criminal Court for war crimes and crimes against humanity. Joined by other defectors from the Congolese army, M23 is alleged to have deliberately killed civilians, raped women and young girls, and recruited child soldiers in the last year. Crucially, M23 is alleged to have received significant military support from Rwanda.

What remains to be explained, however, is the initial statement from the SAPS police, which fingered M23 in the saga. Department of International Relations and Co-Operation spokesman Clayson Monyela deferred queries to the statements by the police, but it remains to be seen whether South African foreign policy influenced the original police statement alleging the involvement of M23 in coup rehearsals in Limpopo.

There is, of course, the possibility that the initial statement alleging the complicity of M23 in the planned coup was just a matter of poor communication. And considering the sheer bulk of bureaucracy in police communications, that possibility is certainly not remote. Also, despite M23’s prominence in the headlines emanating from the DRC recently, there are other rebel groups operating in the DRC. Other armed groups like the Democratic Forces for the Liberation of Rwanda (FDLR) and Raia Mutomboki, have also been accused of carrying out atrocities against civilians in the name of winning the Congo for themselves.

South Africa, however, has long been suspected of more clandestine ambitions in the Congo, not least by Congolese nationals themselves.

And yet, Kabila has been a particular friend and ally of the South African government. When he visited Zuma in Pretoria last year, the two men shook hands, smiled for the cameras and offered all the right words about “enhancing cooperation” between the two countries. South Africa is certainly invested in the welfare of the DRC.

The development of this saga, however may prove telling in what exactly informs the relationship between the Congolese and South African states. DM