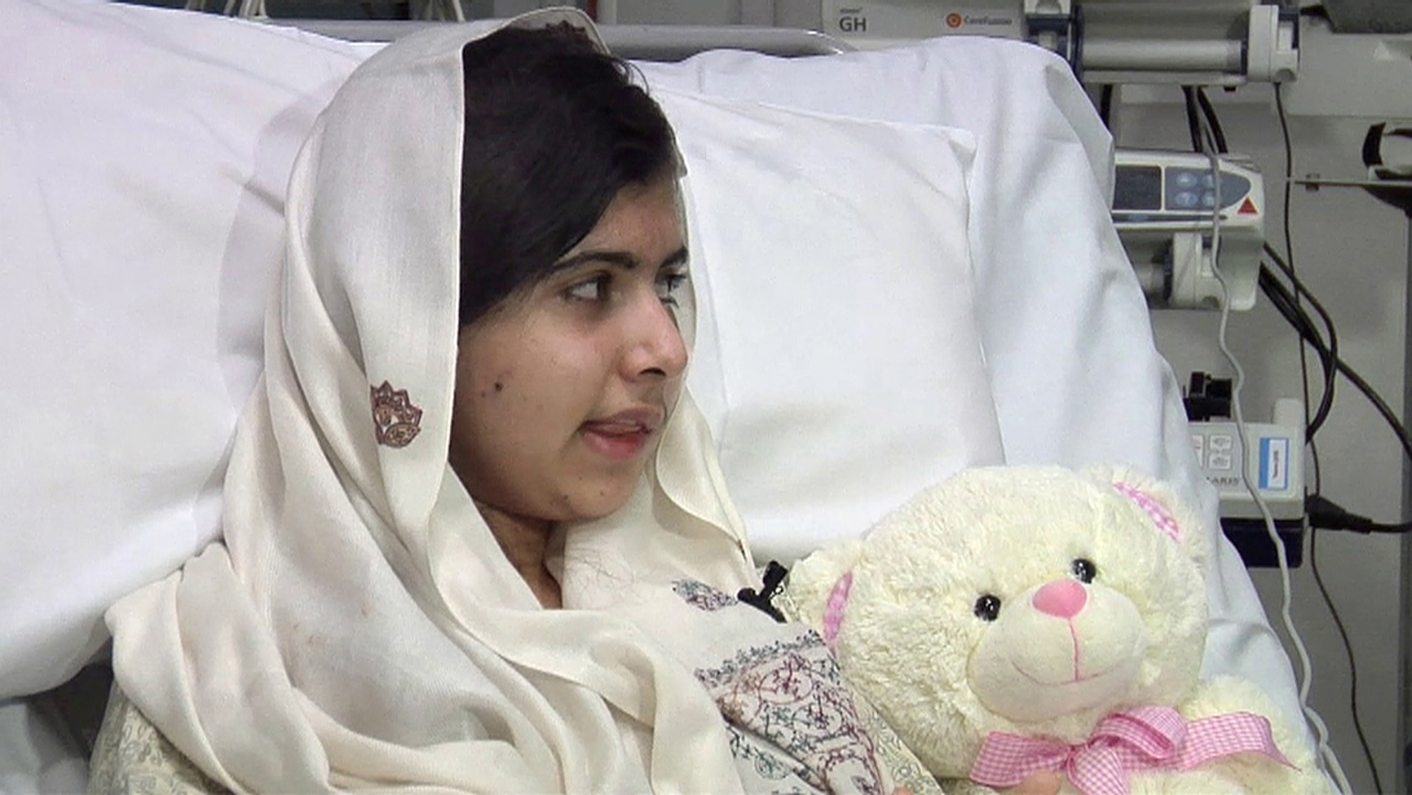 A Pakistani schoolgirl who underwent reconstructive surgery in Britain after being shot in the head by the Taliban said on Monday she felt much better and was focused on her mission to help others.

A team of doctors carried out a five-hour operation on fifteen-year-old Malala Yousufzai on Saturday to mend parts of her skull with a titanium plate and help restore hearing on her left side with a cochlear implant.

Speaking 24 hours after waking up from surgery at Queen Elizabeth Hospital in Birmingham, central England, Yousufzai said she was already walking around.

“I can walk a little bit, I can talk and I’m feeling better,” she said from her hospital bed in a video clip released by the hospital.

“I think I will just get better very soon, and there will be no problem. The thing is my mission is the same, to help people, and I will do that,” she said.

Yousufzai was shot in the head at point-blank range in October by the Taliban for advocating girls’ education, and was brought to Britain for treatment.

Doctors at the hospital said they were impressed by her recovery so far and hopeful she would be discharged fairly soon, describing her as focused and enthusiastic.

“She should be feeling sorry for herself 24 hours after an operation like that, not talking about helping other people,” said Dave Rosser, the hospital’s medical director.

The attack on Yousufzai, as she left school in the Swat valley, drew widespread international condemnation, and the schoolgirl has become a symbol of resistance to the Taliban’s efforts to deny women education and other rights.

“There’s still a lot of support (for Yousufzai) coming in, a lot of communication coming in from around the world,” Rosser said. DM

Photo: Pakistani schoolgirl, Malala Yousufzai, who was shot in the head by the Taliban for advocating girls’ education, is seen sitting in her hospital bed in this undated still picture taken from video provided by the Queen Elizabeth Hospital, in Birmingham, central England, and received in London on February 4, 2013. Yousufzai has undergone successful surgery to reconstruct her skull and help restore lost hearing. REUTERS/Queen Elizabeth Hospital/Handout