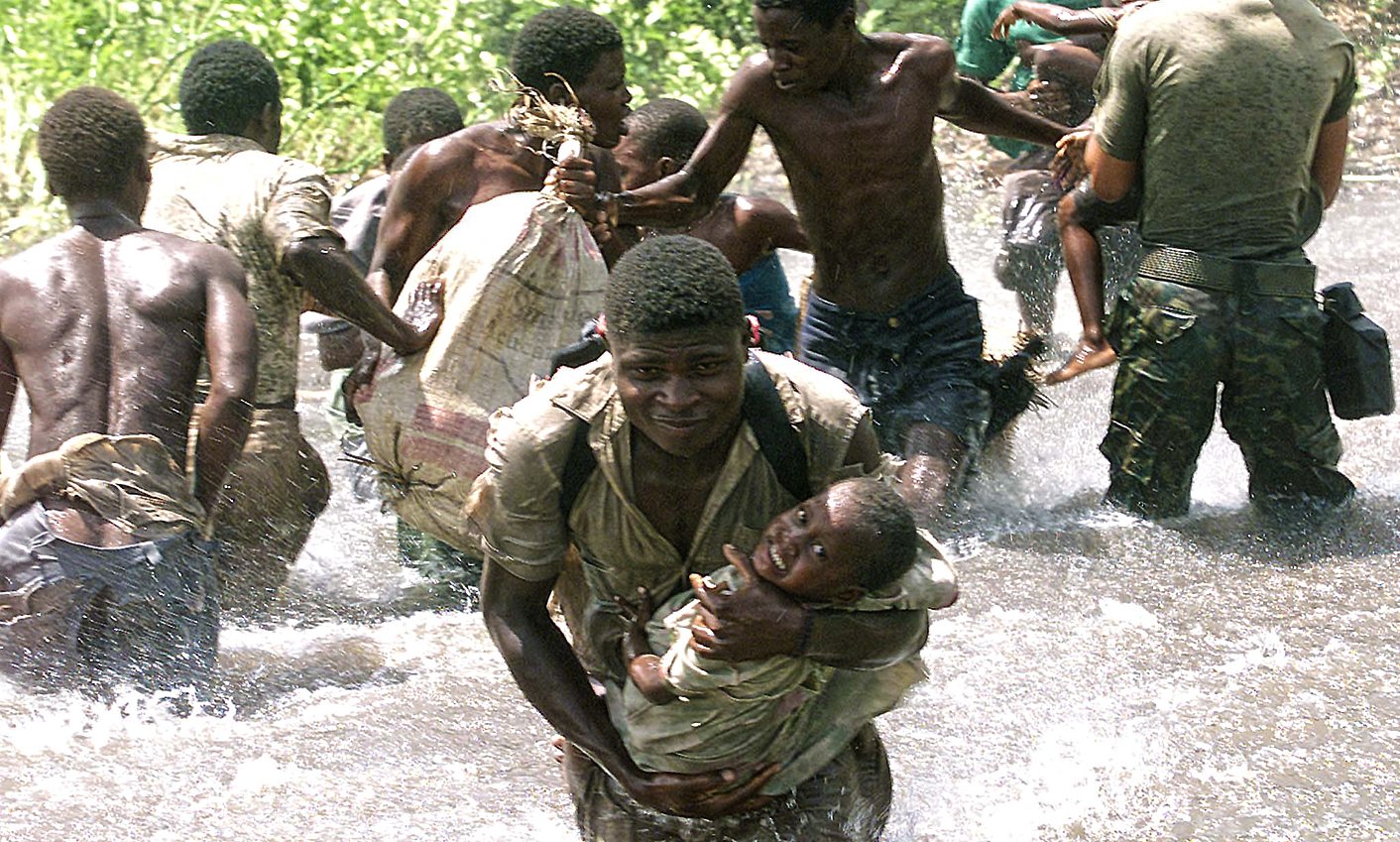 You wouldn’t know it if you were to rely solely on South African media coverage, but Mozambique is currently experiencing very bad floods. Thousands have been displaced already. It hasn’t reached the proportions of the floods 13 years ago yet, though – hopefully the tragic toll can be avoided this time around. By SIPHO HLONGWANE.

It would be hard to believe just from a quick perusal of South African websites, but large parts of Southern Mozambique have been under water for many days now, with 48 people killed and thousands more displaced. Heavy rains brought on by subtropical depressions and even cyclones are a common occurrence over the region at this time of year, but the severity is entirely up to the randomness of weather.

According to the United Nations, 146,000 people have been housed in temporary shelters in the province of Gaza alone. The southern town of Chokwe has been the worst hit, with heavy water forcing thousands of people to seek shelter. The latest information says that the water is now moving east towards the Indian Ocean, and directly into the coastal town of Xai Xai.

The estimated number of affected people is 250,000 in total. If this were expressed in South African terms, this would be the equivalent of the entire population – plus some change – of Pietermaritzburg, KwaZulu Natal.

The sort-of South African media blank did not happen in a vacuum – there have been natural disasters enough to occupy the minds and imaginations on this side of the border. On Tuesday, for example, large swathes of Franschhoek caught alight, prompting a massive fire-fighting operation.

And as these things happen, South Africa has been directly affected as well. There has been heavy rain in Limpopo and Mpumalanga, and the Mapungubwe World Heritage Site was closed because of flooding. The most obvious reason why anyone in South Africa might know at all that there is bad weather up north is the crocodile story.

The Rakwena Crocodile Farm in Limpopo found itself in the very jaws of a dilemma – it could either risk collapsing a dam and flooding the property in water, or it could open the sluice gates and dump between 7,000 and 14,000 Nile crocodiles into the Limpopo River. They chose the latter. Wildlife experts were hastily called in to deal with the disaster when less than half had been caught after the first day. Schools 120 kilometres away reported sightings of the large reptiles on the grounds. This is in an area where crocodiles have not been spotted in the wild for years.

Despite of the sudden glut of newly-free crocodiles in Limpopo, South Africa has gone largely unharmed by the big rains. On Wednesday, Mapungubwe National Park was able to reopen its gates after closing eight days earlier. The reserve is still advising people to take caution as the water hasn’t quite subsided yet.

Back in Mozambique, it’s fair to expect that the return to normality will not happen in just a week. Mozambique’s gross domestic product is only about 3% of South Africa’s, making it poorer than certain corporations listed on the Johannesburg Securities Exchange. That truth was rammed home with force in 2000 when it rained constantly between February and March, literally putting a large portion of the southern areas of the country under water. When the Mozambican police, rescue service and army proved inadequate, it fell upon the South African National Defence Force to fly to the rescue. People were plucked out of trees, from rooftops and from towers.

Some 750 kilometres to the south of the Cyclone Leon-Eline’s epicentre, a young boy in KwaZulu-Natal was beginning to understand the full extent of nature’s power, and the unpredictability of its brutality. The storm only brushed over the northern and eastern parts of South Africa as it wreaked havoc in Mozambique, but it was enough to raise water levels alarmingly. I watched in absolute horror as a tiny creek that ran downstream from my father’s house turned into a gigantic torrent of water. Just dozens of kilometres away in the Tugela Valley, entire households were swept away by the rising gush. I was absolutely convinced that I would die, and refused to budge from my room until my inevitable watery end came.

My death never came, but 800 people died in Mozambique that year. Millions were left without homes and famously, a baby girl was born in a tree. It was the country’s worst floods for 50 years.

The disaster figures for the 2012/2013 floods are much lower than that period, but the news of fresh water-based dread will send the heart of anyone who witnessed that terror unfold plummeting to the shoes. There have been requests for foreign aid in the form of dollars, and not South Africa’s military helicopters, so hopefully the humanitarian aspect will remain very limited. DM

Photo: A Mozambican soldier runs with a child through flood water towards a helicopter in the central district of Cocorico March 2, 2001. (Reuters)