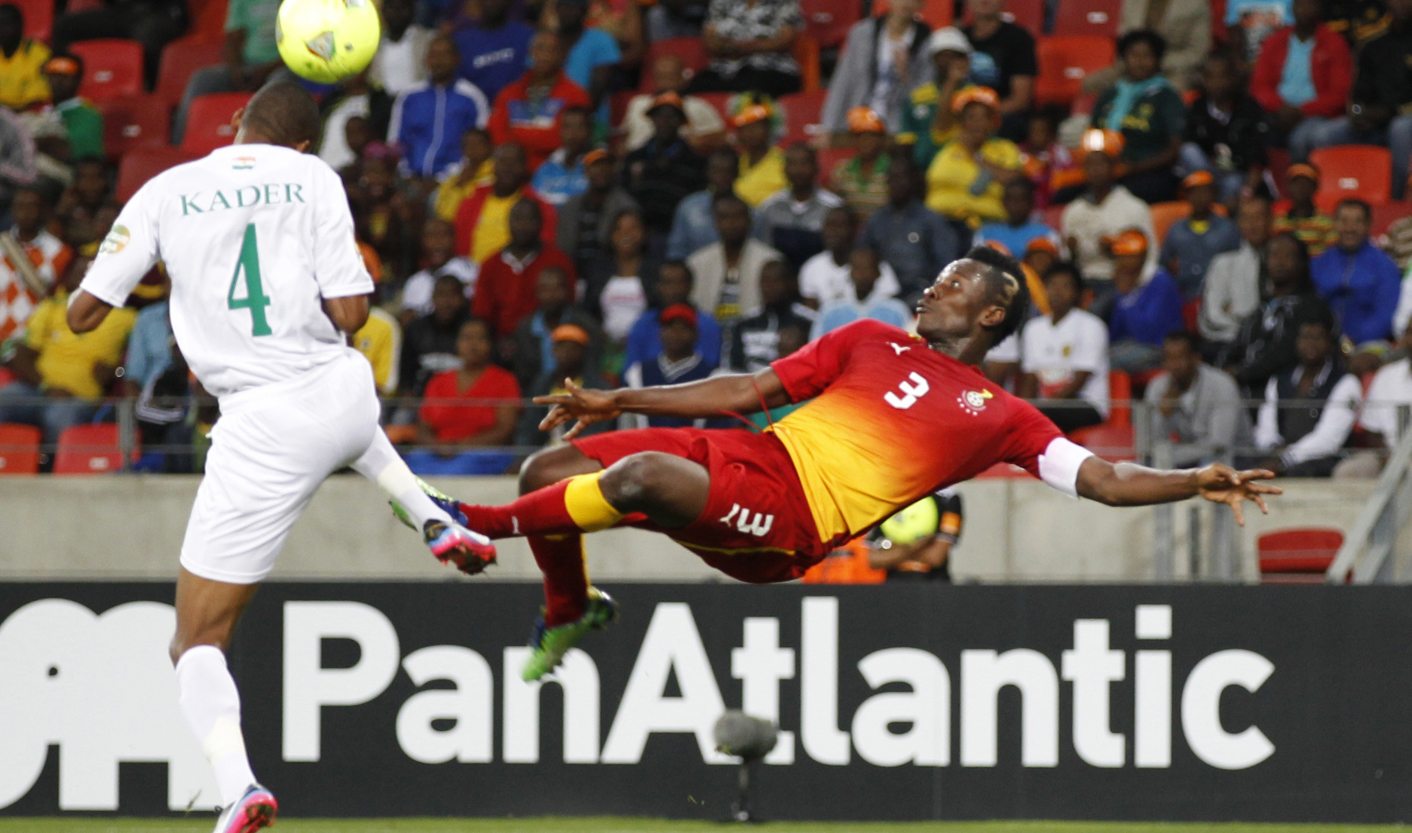 The first set of quarter-final clashes has been confirmed, and there promises to be some exciting action come Saturday. South Africa will be up against last year’s third-place finishers, Mali; while Ghana will face the “Giant Killers” from Cape Verde. ANT SIMS wraps up the action from day 10.

Ghana continued to roll on in a position of power, with the “tournament favourites” tag firmly around their necks as they dominated their match against Niger. Nothing less was expected from the Black Stars than to dish out a total thrashing, but they were clinical to boot, with John Boye, Christian Atsu and Asamoah Gyan all scoring as they cruised to victory. Skipper Gyan looked particularly impressive throughout the match, finding form at just the right time.

Congo very nearly made history in its clash against Mali. The Congolese took the lead early on through a penalty, and the fans who had travelled to the stadium to watch were absolutely jubilant. Heartbreak followed a few minutes later, however, as Mali equalised. All Mali needed to progress was a draw, and while it certainly didn’t show in the way they played, they managed to hold on. Despite DRC pressing forward hard, they simply couldn’t find the breakthrough.

WHAT DOES THIS MEAN IN CONTEXT?

In simple terms, Mali will play South Africa in the quarter-finals at the Moses Mabhida Stadium in Durban. Kick-off is at 20:30. Cape Verde will meet Ghana at the Nelson Mandela Bay Stadium in Port Elizabeth, also on Saturday. Kick-off is at 17:30.

For Ghana, it should be an easy passage, but stranger things have happened in football – and there has been something rather magical about Cape Verde and its journey into and during this Afcon tournament.

Meanwhile, South Africa has a tricky task. Mali finished third in last year’s tournament and is regarded as a dark horse. Nevertheless, Saturday looks set to be a pretty exciting day for football.

“We have already reached one objective here, which was to qualify for the quarter-finals, no matter what anyone else thought – and we have done that. Why stop now? We want to carry on.” – Cape Verde coach, Lucio Antunes, after his side completed a fairy-tale group stage.

“This victory (qualification) will give hope to all those Malians going through suffering. The money (taken from the tournament) is insignificant; the suffering back home must end.” – Seydou Keita, after Mali qualified for the group stages.

“It was emotionally difficult knowing what was happening in the other game and knowing we needed just a point. We need to keep up our intensity.” – Mali coach, Patrice Calderon.

“If you cannot contain the pressure, stay at home and play with your mother.” – SuperSport pundit Samuel Kuffour on Sunday evening during his post-match dissection.

It’s been 31 years since Ghana last won the Nations Cup – their last title came in 1982. Even if South Africa should crash out on Saturday, the Black Stars will have plenty of support from the locals. They became the adopted team during the 2010 World Cup, nicknamed BaGhana BaGhana when they were the only African side left in the tournament.

It’s only Niger’s second time at the tournament, and while a bottom of the group finish with just one point might seem dismal, they can give themselves a pat on the back. As one of the weakest teams in the tournament, they did well to hold Congo DR to a goalless draw in the only match of the tournament where they managed a point.

Mali knocked out co-hosts Gabon on penalties during last year’s tournament. A tough game awaits Bafana Bafana, and if it goes as far as penalties, Itumeleng Khune could become a national hero.

The Mali football team will be sacrificing a portion of its match fees to help with the war efforts in the country. DM