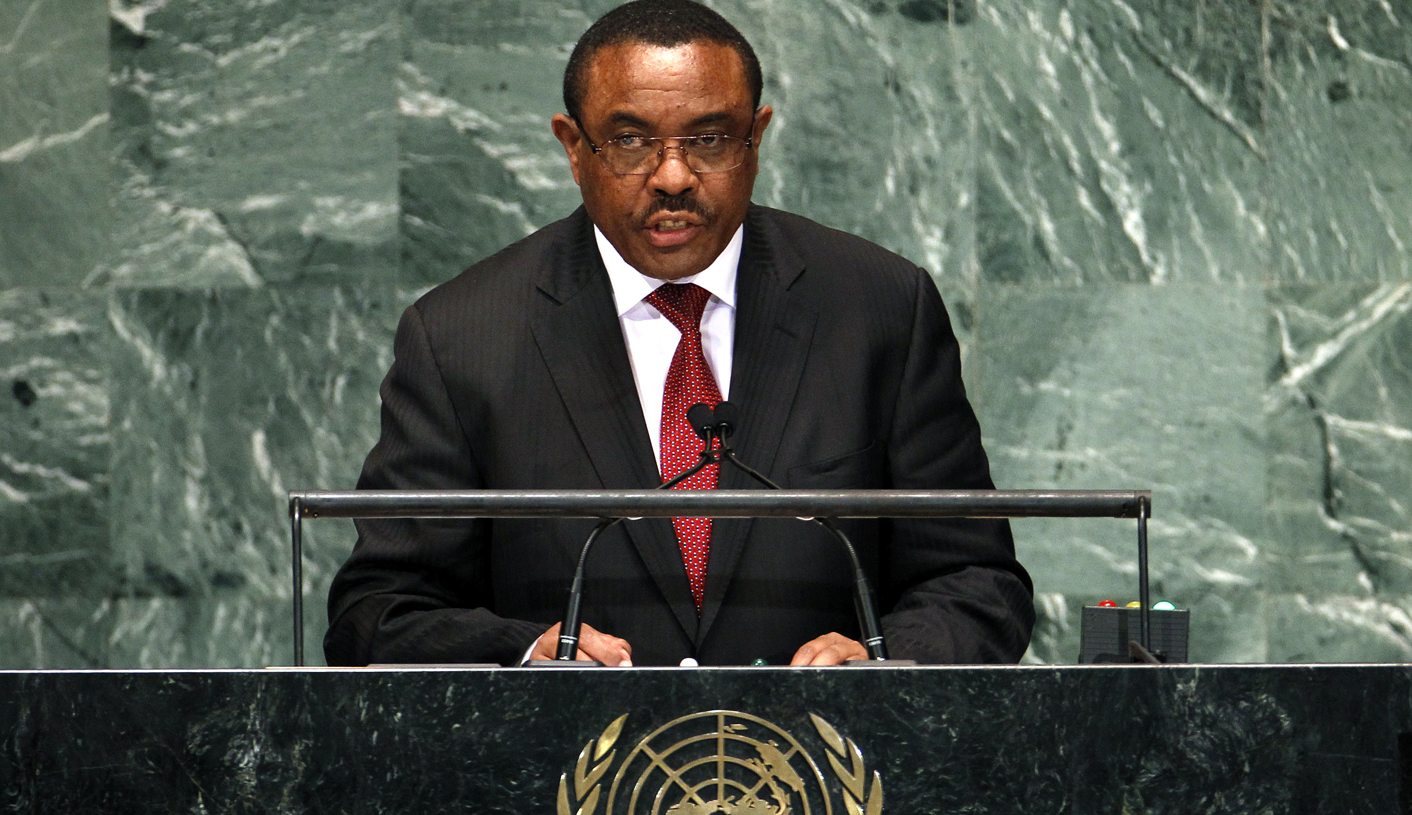 The last couple of African Union summits have been a little tense, and even less productive, as Africa's powerhouses squabbled over the dubious privilege of leading the African Union Commission. This weekend’s was a return to non-confrontational form, thanks to the steady hand of Nkosazana Dlamini-Zuma and the trouble-free election of Ethiopia’s Prime Minister as the continent’s symbolic head. By SIMON ALLISON.

It came as a relief to observers – and even more so, no doubt, to the politicians and their advisors unused to charting a course through such choppy continental waters – that this African Union summit was a return to the gentle, consensual, non-confrontational diplomacy which is something of an AU trademark.

The last two summits have been different, and the resulting scars have yet to fully heal. The divisive issue at the meetings in January and June 2012 was, of course, the election of a new chairperson for the African Union Commission, which turned into a bitter continent-wide fight between South Africa’s very own Nkosazana Dlamini-Zuma and the then-incumbent, Gabon’s smooth-talking Jean Ping.

Other continental business took a back seat as plots were hatched in hotel rooms and deals thrashed out in dark corners of the AU’s plush new headquarters in Addis Ababa, a generous gift from the Chinese.
After this uncharacteristic show of disunity, all eyes were on Dlamini-Zuma as she tries to justify all the scheming and the ruptures (for which, it must be noted, she bears little responsibility; there is still considerable doubt over whether she wanted the position in the first place). This is the first summit she has presided over, and so far, so good.

“She has hit the ground running,” said Jakkie Cilliers, head of the Institute for Security Studies, speaking to Independent Newspapers. He also praised her “business-like” performance. Other analysts told the Daily Maverick that her influence was felt in the way that speeches were kept short, the schedule was roughly followed and diversions were avoided.

This was fortunate, because there was another leadership hurdle to overcome, although this was more formality than fight. Every year, the AU elects a different head of state to serve as its chairperson (remember that Dlamini-Zuma is chair of the AU Commission, not the AU as a whole). The role is largely ceremonial, but not completely so. Last year’s chair, Thomas Boni Yayi of Benin, relished the political weight conferred by the title, and used it to good effect in mediating the political crisis in Mali – greatly enhancing his own reputation as an international statesman in the process.

The new man in the AU top spot (it’s always a man; Africa’s moving fast, but not that fast) is Ethiopian Prime Minister Hailemariam Desalegn. It has been a swift and unexpected six months for Desalegn.  Before the sudden death of Meles Zenawi last year, he was a little known apparatchik in Zenawi’s technocratic government. As he ascends to Africa’s most prominent political position, he remains something of an enigma.

“It is with a great sense of honour and humility that I accept the chairperson of our union,” Desalegn said on Sunday as he accepted the position. And honoured he should be: most African leaders have to wait years if not decades before they get to add “AU Chairperson” to their list of honorifics.

His appointment, however, makes sense on both a political and a practical level. Politically, as a symbol of compromise, the role had to go to a head of state from a country that had been opposed to Dlamini-Zuma. This ruled out candidates from Southern Africa and some of Central and East Africa, and West Africa has just had its turn with Boni Yayi. And while Ethiopia did campaign against Dlamini-Zuma, and in favour of Ping, this was under the orders of Zenawi rather than Desalegn.

On a practical level, involving Ethiopia in Dlamini-Zuma’s plans to rejuvenate the African Union Commission is vital if she is to succeed, simply by virtue of the commission’s Addis Ababa location. Much of what Dlamini-Zuma wants to do will rely on cooperation from the Ethiopian government, which will be that much easier to obtain if they too have a stake in its success.

Desalegn, meanwhile, has an established interest in continental and foreign affairs, serving as Ethiopia’s minister of foreign affairs (as well as deputy prime minister) before Zenawi died. According to some reports, he put himself forward for the AU chair position over the objections of some advisors who wanted him to focus his attention on the tricky business of governing Ethiopia.

Desalegn starts work immediately. On Tuesday, the day after the summit concludes, there’s a donor conference being held in Addis Ababa to raise money for the intervention force in Mali. It’s a tough sell, especially as the United Nations is holding a similar conference in Kuwait on Wednesday for Syria’s humanitarian needs (we advise Desalegn to liberally emphasise the threat of Al Qaeda if he wants to persuade western countries to open their cheque books).

Unsurprisingly, Mali was high on the agenda at the summit itself, as African leaders puzzle over how to handle the fast-moving situation and what to think about France’s unilateral – but timely – military intervention there. Peace and security commissioner Ramtane Lamamra, from Algeria, told reporters that it’s already obvious that the planned West African force of 3,000 troops will have to be augmented. Even as the politicians debated, the situation changed; a swift advance from French and Malian forces on Sunday re-took key northern towns including Gao and parts of Timbuktu from the Islamist militants.

It’s still reassuring, however, that the politicians are debating at all. After two summits hamstrung by the bitter leadership dispute, the African Union is back to doing what it’s supposed to be doing, and – while it’s certainly less fun to report on – this is exactly how it should be. DM