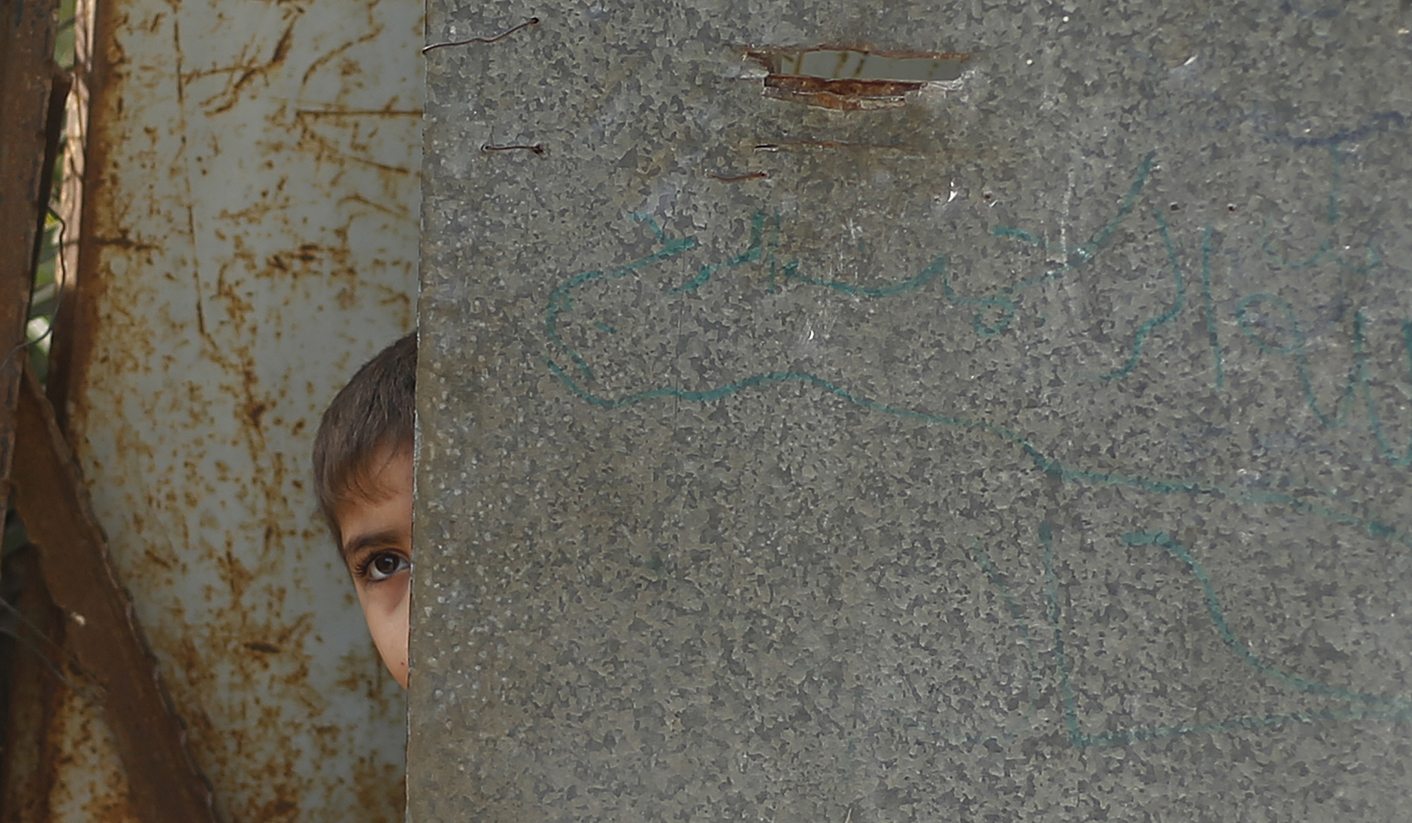 The Al Aqsa Foundation has had its banking facilities with two South African banks suspended in recent weeks. Despite being registered with the South African government as a bona fide charity, the foundation is believed to be covertly funnelling funds to Hamas. By KHADIJA PATEL.

The Al-Aqsa Foundation, a charity registered with the Department of Social Development focusing on providing aid to Palestinians has recently had its banking facilities with two South African banks suspended. The Foundation is suspected by the US government to be raising funds for Hamas, the Palestinian resistance movement and governing authority of the Gaza strip.

In December, First National Bank (FNB) issued Al-Aqsa Foundation with three months’ notice before completely shutting its account. In a statement, the CEO of FNB Commercial Banking Michael Vacy-Lyle explained, “It has come to the bank’s attention that the foundation is expressly listed by the US Department of Treasury, Office of Foreign Assets Control (OFAC) and other international sanctions lists.”

The move received widespread condemnation from the South African Muslim community, with at least one prominent cleric calling for a boycott of FNB. The Media Review Network, an organisation focused on the representation of Islam and Muslims in the media, deplored FNB heeding to the dictate of “foreign” agents, despite the Foundation receiving a clean audit from the Department of Social Services.

FNB, however, has sought to dismiss allegations that it has been bullied by the US government into closing the account. The listing is said to have come to the attention of the bank over a year ago during routine internal governance processes, and closing the account is an act of expedience that allows FNB to keep up its relationships with other financial institutions in the US.

Vacy-Lyle said, “The international financial community imposes stringent obligations in respect of the maintenance of banking relationships with entities listed by OFAC and the decision by FNB to terminate its relationship with the foundation is a consequence of this fact alone.”

Annette Hübschle, a researcher focused on the organised crime-terror nexus, said the move to close the Foundation’s account in light of the US listing was revealing of who holds the greatest power in global politics.

Last week it was revealed that another South African bank, Al-Baraka bank, had also frozen an account of the Al-Aqsa Foundation – this account had been opened after FNB had indicated it would be terminating the Foundation’s account.

According to another statement from FNB quoted by Channel Islam International, “The closure is a requirement of global banking governance and is applicable to all South African Banks including Al-Baraka Bank.”

Hübschle agrees. “They have all signed up to the Basel regulations,” she said. “In essence, banks do have to comply, not necessarily with the US, but more if they want to do business in the US then they actually do have to comply.”

She names the example of The Palestinian Relief and Development Fund (Interpal) as a case in point. “In 2003, the US Treasury named Interpal a ‘specially designated global terrorist group’ that directly financed Hamas, while the British Charity Commission gave Interpal a clean bill of health. This perhaps reflects a disagreement about where charity ends and extremism begins,” she said.

The Al-Aqsa Foundation has been described by the United States as a “critical part of Hamas’ transnational terrorist support infrastructure”. According to the US government, Hamas “uses humanitarian relief as cover to provide support to the Hamas terrorist organisation”. Hamas, the governing authority of the Gaza strip, is further designated by the US Secretary of State as a “Foreign Terrorist Organisation”. According to the US, Hamas is known to raise millions of dollars per year throughout the world using charitable fundraising as a cover. Al-Aqsa Foundation is alleged to be one such mask for more nefarious Hamas activity.

In 2003, shortly after the US Department of Treasury added Palestinian-focused charities to its list of nefarious entities, the Brussels-based International Crisis Group (ICG) released a report titled, “Islamic Social Welfare Activism In The Occupied Palestinian Territories: A Legitimate Target?”  According to the report, the accusation that Hamas misuses Islamic charitable activities takes several forms.

“First, Hamas is suspected of diverting charitable funds to finance its military infrastructure and activities. Secondly, Islamic social welfare institutions affiliated with Hamas are charged with inciting violence and recruiting militants among beneficiaries of their services.

“Thirdly, the existence of a network of social welfare organisations affiliated with Hamas, and the demonstrated capacity of this network to support groups neglected by the Palestinian Authority (PA) and international donors, are considered central to the Islamist movement’s growing appeal and, therefore, to its ability to sustain a campaign of violence,” the ICG says.

On its website, the Al-Aqsa Foundation specifically says that it is a non-political organisation “providing for the religious, cultural and social needs of the poor and needy Palestinians living within the West Bank, Gaza, Lebanon and Jordan”. In 2010, when news of the foundation’s ill-reputation with US authorities first broke the Foundation was described to be Southern Africa’s “largest orphan and needy children sponsorship project for Palestine”.

Significantly the International Crisis Group notes that when it comes to charities like Al-Aqsa Foundation, “The international community has been both inconsistent and inefficient.”

“The US seeks to ban all assistance to Hamas-affiliated organisations; most of its Western partners, however, distinguish between support for Hamas’s legitimate and illegitimate  activity; and many Arab governments permit funds to be raised on their territory for Islamic social welfare and Islamist militant organisations without distinction,” the ICG says.

One way the ICG proposed the international community should approach charities suspected of funding Hamas is to ascertain how exactly an individual charity’s funds are directed in the occupied territories – “Rather than a blanket ban, the test which should be applied, by the international community and the Palestinian Authority alike, is whether the charitable institution in question can be shown to have transferred monies to fund activities of paramilitary organisations, whether it helps recruit members for  such groups, or whether its educational teachings promote intolerance or violence.”

“Our work with these partners is subject to a strict funding agreement and complete accountability and transparency on how and where money is spent,” its mission statement says.

The siege on Gaza, meanwhile, continues to further heighten the humanitarian emergency there. Roughly two-thirds of Palestinians live below the poverty line. Islamic social welfare organisations, like the Al-Aqsa Foundation, are said to provide emergency cash assistance, food and medical care, as well as educational and mental health services, to at least one out of every six Palestinians.

More than the danger such an account closure poses to Palestinian aid, Al-Aqsa Foundation’s banking woes are revealing as well of the indecision in the international community on how to deal with Hamas at a time of great flux in the Middle East.

This week, Hamas members travelled to Egypt to sign an agreement for the delivery of aid from Qatar as elected officials of the Gaza strip. The aid follows a recent visit to the Gaza strip by the Qatari Emir. The Israeli government, however, has criticised Qatar’s recent dealings with Gaza as pursuing support for Hamas. The Qatari government in turn insists that its donations are in the interest of the Palestinian people, rather than a specific group or party. There is then a distinct tendency for assistance to Gaza to be conflated with support for Hamas, but as Hamas continues on the path of reconciliation with Fatah and prepares to elect new leaders, a one-size-fits all approach will in all likelihood have to be altered. DM

Photo: A Palestinian boy watches the funeral of Anwar Al-Mamlouk in Gaza City January 12, 2013. Israeli troops shot dead Al-Mamlouk and seriously wounded another in the Gaza Strip near the border with Israel on Friday, the Islamist group Hamas and hospital officials said. REUTERS/Mohammed Salem