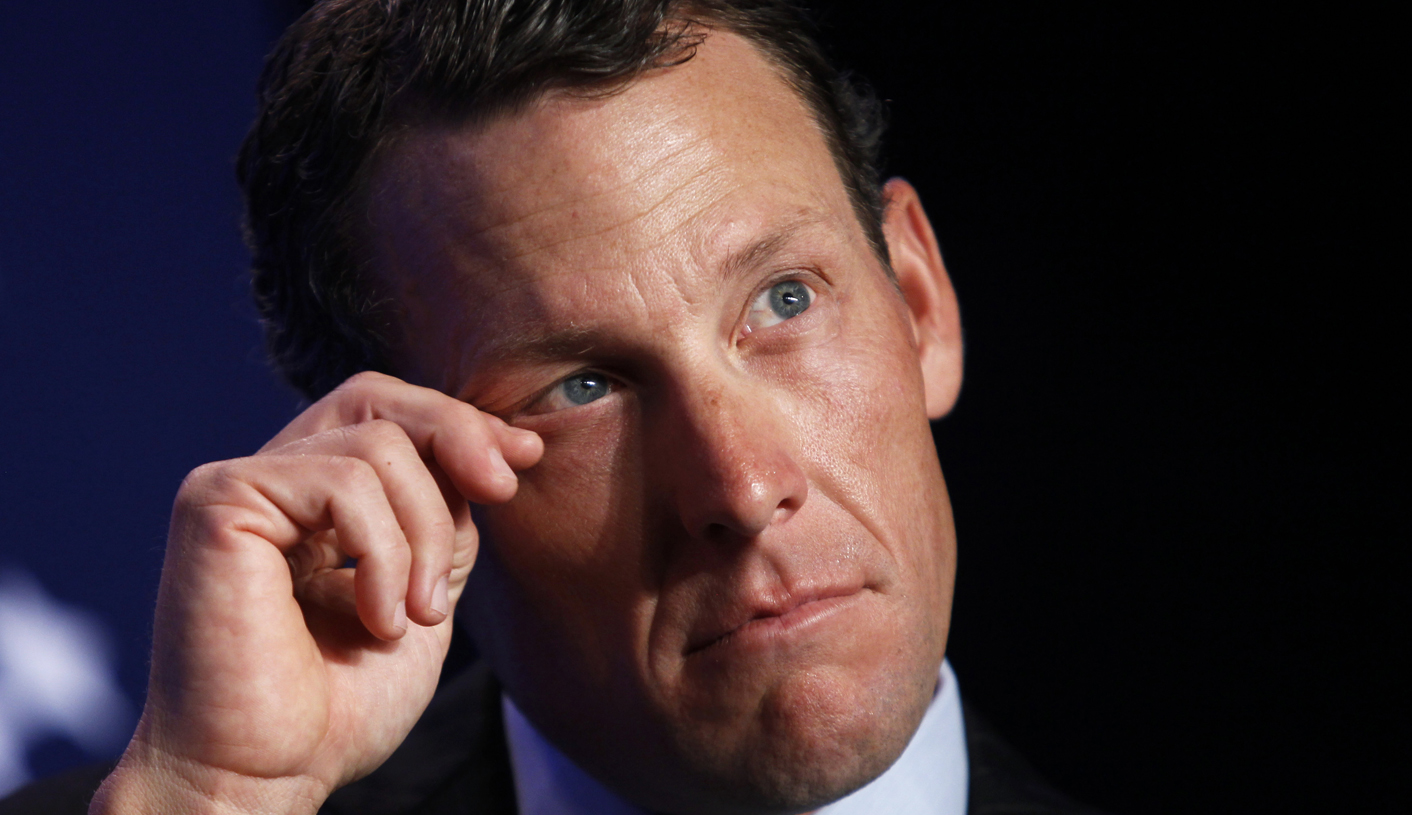 Former champion cyclist Lance Armstrong apologized to the staff of the cancer foundation he started on Monday, the same day Oprah Winfrey was scheduled to interview him in what is widely expected to be his first admission of doping. By Corrie MacLaggan.

“He had a private conversation with the staff, who have done the important work of the foundation for many years,” said Livestrong Foundation spokeswoman Katherine McLane.

“It was a very sincere and heartfelt expression of regret over any stress that they’ve suffered over the course of the last few years as a result of the media attention,” she said.

The apology came as Armstrong was scheduled to tape an interview with Winfrey to air on Thursday — his first interview since being stripped of his seven Tour de France titles.

The disgraced cyclist plans to admit in the interview to doping throughout his career, USA Today reported on Saturday. McLane declined to comment on whether Armstrong will admit to doping during the interview.

“Armstrong will address the alleged doping scandal, years of accusations of cheating, and charges of lying about the use of performance-enhancing drugs throughout his storied cycling career,” according to a press release from Winfrey that called the event a “no-holds-barred interview.”

Armstrong has always vehemently denied using performance-enhancing drugs and has never been proven to have tested positive.

But an October report from the U.S. anti-doping body USADA cited Armstrong’s involvement in what it characterized as the “most sophisticated, professionalized and successful doping program that sport has ever seen,” involving anabolic steroids, human growth hormone, blood transfusions and other doping.

Less than two weeks later, Armstrong’s seven Tour de France victories were nullified and he was banned from cycling for life after the International Cycling Union ratified the USADA’s sanctions against him.

Armstrong, a survivor of testicular cancer, stepped down as a Livestrong board member in November. The foundation, originally called the Lance Armstrong Foundation but known informally for years as Livestrong, formally dropped Armstrong’s name from its title in October.

The foundation advocates for cancer survivors and their families and provides free services to help people affected by cancer cope with financial, emotional and practical challenges. Armstrong founded the organization in 1997.

The foundation says it has issued 87 million of its well- known yellow bracelets to raise funds, and as a symbol of the fight against cancer.

Livestrong on Monday said that the goal of its activities has never been to protect its founder. Those comments came in a statement responding to a New York Times article that said the foundation “engaged in some deals that appeared to have benefited him and his associates.”

For example, the article said, the foundation sold the rights to its name to a media company that hired Armstrong as its spokesman. The article also said Livestrong hired Washington lobbyists from the firm representing Armstrong in the doping case and quoted a Congressional staffer as saying the lobbying conversations involved the USADA investigation. Livestrong told the newspaper that the lobbying involved cancer issues.

“While we are deeply grateful to our founder, Lance Armstrong, who no longer serves on our Board of Directors, for helping us to raise more than $500 million over 15 years, it has never been the Foundation’s aim in any activity, including lobbying or marketing agreements, to shield, protect or benefit him in any way,” the foundation’s statement said. DM

Photo: Lance Armstrong, founder of the LIVESTRONG foundation, takes part in a special session regarding cancer in the developing world during the Clinton Global Initiative in New York September 22, 2010. REUTERS/Lucas Jackson